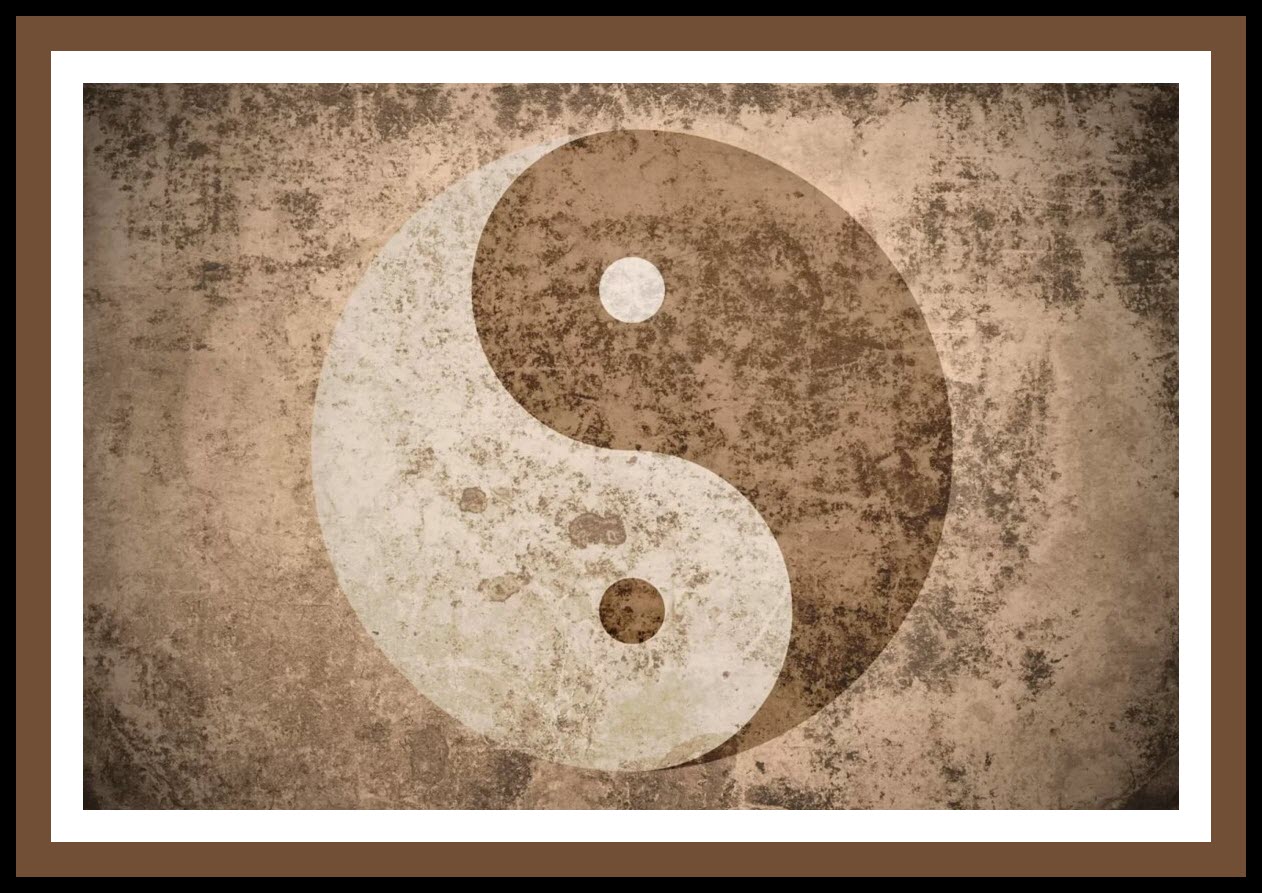 At one time, acupuncture used for anesthesia in China, was refused for the Westerners that lived there because it didn't work as well for them!
However today, it is said to be working much better for Westerners.

WHY WOULD THIS BE SO?

Emile Kremer in his book "Eyes Opened to Satan's Subtlety"summarizes the position: "The origin, nature and development of acupuncture .... show clearly that believers dare not expose themselves to the influence of the spirits that have inspired this ancient healing method which is now sweeping through Western countries ... they are finding the Western nations well prepared through all forms of occultism (superstitions, astrology, witchcraft etc) which are spreading very rapidly in so-called Christian countries. "

"Even him, whose coming is after the workings of Satan with all power and signs and lying wonders, and with all deceivableness of unrighteousness in them that perish; because they received not the love of the truth, that they might be saved." (2 Thessalonians 2: 9-10)

To understand Acupuncture, we need to know where the religion comes from.

Acupuncture has come out of ancient Chinese roots and is entwined with the Taoist (pronounced Dow-ist) religion. In ancient China, there was much speculation about the energy of the universe. This cosmic energy was called Tao.

The word "Tao" is the Chinese equivalent of the Bible words "Way" (found in John chap.1) and "Word" (John chap.14). The term "Tao" has great importance in meaning the "way" or the "road" and hence "the way of the universe". It is supposed to be the first principle - preceding God and is the universal cosmic energy behind nature.

Tao has two faces - YIN and YANG which are opposed to each other yet still one. In contrast to the Bible, Taoism doesn't distinguish between opposing forces of light and darkness, God and Satan, good and evil, religion and magic or pure and impure. All are said to have come from the same source.

THE YIN and YANG SYMBOL

The universe according to Taoism, is filled with oscillations between the YIN and the YANG. These two are represented in the "double fish" symbol - a circle with one half white and the other black, with an S-shaped line separating the two. In the black half there is a white dot and in the white half there is a black dot. This signifies that in each there exists the other. For example, evil lies in good and goodness lies in evil.

The Taoist religion is against the Bible for God says He "is light and in him is no darkness at all (1 John 1:5). In Taoism, there is yin in the yang and yang in the Yin. In the Scriptures, Satan Isn't in God or God in Satan.

Many Taoist practitioners believe they can prolong their lives by meditation, life-elixirs, immortality pills, alchemy, swinging pendulums, magic and mysticism. Maharishi Yogi with his transcendental meditation promised the same. Times may change and the programmes differ, but still it is the occult promising man his dreams.

Taoism is one of the devil's instruments used to:

1. Seduce man into seeing himself sinless

2. Deny the effects of sin which is ageing resulting in death

3. Deny the effect of sin i.e. separation from God

5. Defy God and His Scriptures

6. Not be accountable to Him.

All New Age remedies are similar, in that they deceive man into thinking that success, power, health, plans and eternal life can be had here on earth and that Hebrews 9:27 doesn't exist - “...it is appointed unto man once to die, but after this the judgement.”

NO ACUPUNCTURE WITHOUT TAOISM

Many acupuncturists try to downplay the occultic roots. A Dr Schnorrenberger, an acupuncture specialist, says that the amazing effects of acupuncture can only be reached if the practitioner follows the principles handed down through the millennia. He rejects the combination of Western diagnosis and Chinese treatment, saying that it's absolutely necessary for acupuncturists to follow the theories of ancient Chinese medicine (which uses and is based upon the occultic Taoism), if they want to see significant success. He further states that disregarding these ancient practices and theories will lead to acupuncturists practicing unspecific stimulation therapy at best.

HOW DOES IT WORK?

Acupuncture works on the body's energy called "C'hi" (pronounced "chee") which flows through energy `meridians' or pathways in the body. All diseases are the result of an imbalance between the Yin and Yang, so these opposing forces of good and evil are to be brought into balance - the body's energy or C'hi can then flow.

There are over 700 points on the body where needles can be inserted to create this balance.

According to Hinduism there is the Kundalini or Serpent energy lying at the base of the spine. This snake energy represents the supernatural force in every man. There is a form of yoga that can be practiced to awaken this snake, move it along fine channels in the body to the Chakras (these are 7 energy deposits in the body found in the forehead, throat, chest, stomach and groin), until it reaches the heart and takes up a new home.

Various psychics say that the channels followed by the snake correspond to the energy meridians used in acupuncture. They say that there is no difference between the manipulation of energy as practiced in acupuncture to that of the controlled manipulation of the snake Kundalini as practiced through yoga. Dr Motoyama, Director of the Institute of Religious Psychology in Tokyo, says that acupuncture points are where Chinese medicine, Indian Yoga and Western medicine meet each other. With more stories of miracle cures in the media, people are becoming increasingly convinced that Chinese & Hindu philosophies contain the underlying principles for the restoration of their health. As a result, men and women are opening up their hearts to Eastern cults and turning their backs on God's truth as revealed In the Bible.

SHOULD A CHRISTIAN HAVE ACUPUNCTURE?

Dr Christian Klopfenstein, author of the book "Bible and Health", has reservations saying that it seems obvious to him that the spirit of magic and suggestion have strong influences in the results of acupuncture. He says that patients can place their confidence into all sorts of deceit, counterfeits and things which can lead him astray.

THE BATTLE GROUND -THE MIND

Regarding ear acupuncture, Dr Schnorrberger says that it is possible to induce mind changes by stimulating the ear with needles. Samuel Pfeifer MD in his book "Healing at Any Price" goes further and says that the manipulation of a man's soul is possible as the philosophy of acupuncture and the promises of God are diametrically opposed to each other.

Mark Albracht of the "Spiritual Counterfeits Project" (San-Francisco) writes that while many types of psychic healing may not be overtly antichristian or anti-Biblical, experience has shown that PEOPLE WHO PURSUE THESE AREAS, for the most part, END UP ADHERING TO SOME FORM OF OCCULT WORLD VIEW OR EASTERN MYSTICAL PRACTICE.

Dr M Duke in his book "Acupuncture" talks about how intricately the modern practice of acupuncture is entwined with Eastern philosophy: "The entire universe works to such a precise orderly fashion, that it contains no mysteries beyond man's understanding. This is not arrogance, but a rich feeling between of association between man and nature. Because no supreme power and no Lord of Hosts created the world, the forces behind life and death and illness and health are not beyond man's comprehension. They are in the from of C'hi, present in every living creature, every tree and flower, every puff of wind and drop of rain. The acupuncturist sees the lives of his patients as integral parts of  the universe. He brings his patients back to health not only for their sake and happiness, but so that the world may function properly. Every needle the acupuncturist twirls between his fingers bears the heavy weight of universal harmony in its slim pointed end."

Dr Pfeifer writes: "The crucial questions deal not only with the dangers of occult oppression, but our attitude to God and His Word. Are we to believe the God of the Bible or the promises of Eastern philosophy?- To whom are we surrendering our consciousness - to God or to the esoteric powers that could manipulate our soul? This is where the real dangers of acupuncture lurk. Under the cloak of science and the claim to restore health, a subcutaneous dose of eastern philosophy is secretly injected into the patient."

If Satan can't steal your soul as a Christian, he's more than happy to have second best and that is to see your Christian life "go down the gurgler". These are the following ways this happens:

1. The desire to witness about Christ wanes.

2. The desire to pray & read the Bible drops off.

3. The desire to trust God declines.

In addition, some or all of the following can result: Families in rebellion, problems with health & finances, things always going wrong, being prone to accidents, emotional or marriage problems, feelings of `aggro' to others or things, back problems and extreme sexual thoughts. SATAN ALWAYS DEMANDS A "TRADE-OFF" "Beware lest any man spoil you through philosophy and vain deceit, after the tradition of men, after the rudiments of the world, and not after Christ. For in him dwelleth all the fulness of the Godhead bodily.And ye are complete in him, which is the head of all principality and power:”

DEAR CHRISTIAN, the dangers of acupuncture involve the occult. If there's a draft in the house you search till you find the window that's been left open. The dangers of acupuncture are just like that. Why would you want to leave open a window to your soul for Satan to come in? "ACUPUNCTURE HAS BEEN EXPOSED BY CHRISTIAN WRITERS TODAY AND CHRISTIANS HAVE TO STEER WELL CLEAR OF ITS OCCULT INFLUENCE."- R. Livesay.

THE DANGERS OF MARTIAL ARTS