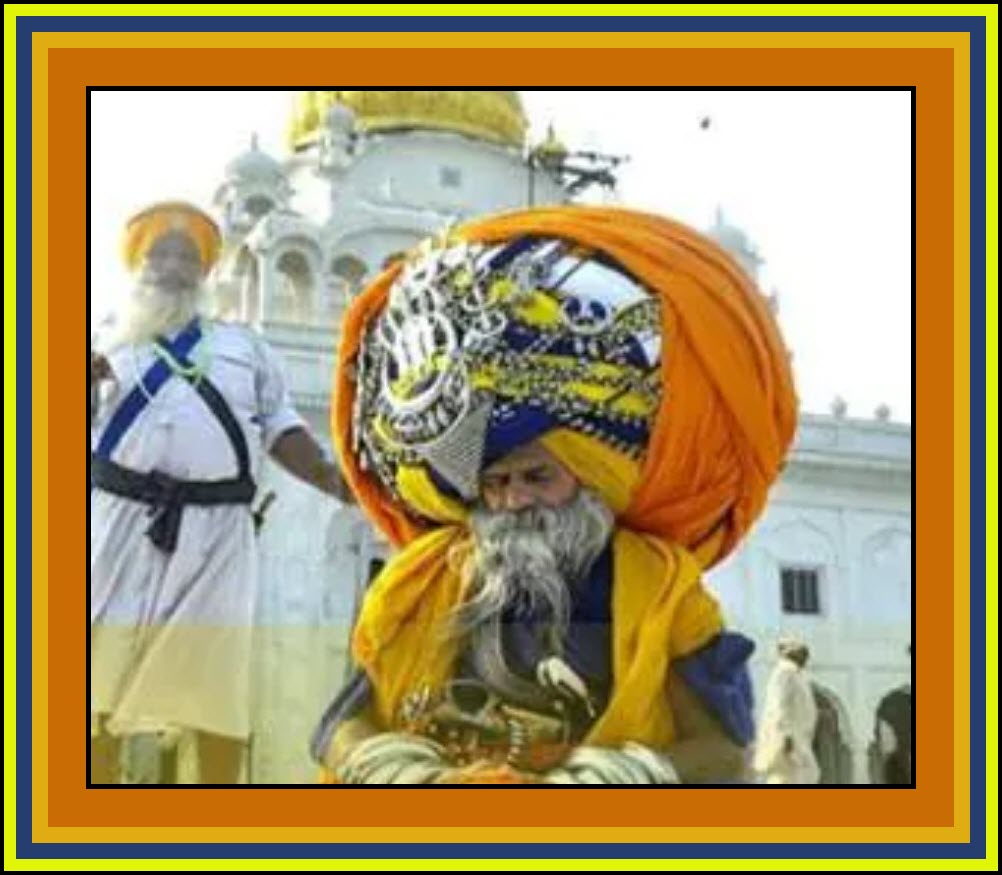 In recent days there has been a resurgence in the theory that Jesus travelled to India sometime between the age of twelve and thirty years of age. Supposedly, the Indian gurus were able to lead him in and into the ways of enlightenment prior to his coming back to Jerusalem.

Other reports have Jesus spending time with various mystery schools in Egypt, while also being able to sojourn with the Essenes. In addition, other sources have him enrolling in Rabbi School.

Now there is a silence in the scriptures about his activities during this time. So did these events really happen? What is the truth? Were these other religions able to make Jesus the well rounded personality that he was? Did they help him to become part of Godhead that is necessary for him to become the Saviour of the world?

Now, all the Indian gurus are and were vegetarians however Jesus was not. We are told in the scriptures that he fed multitudes with fish, told Peter to catch fish, and of course he ate fish himself. In addition, he attended Passover feast at which lambs were killed and eaten.

One wonders whether Jesus was paying attention at Guru School while the "No-Meat Eating" lessons were being given? What would have driven Jesus to be so disobedient to these oriental masters who had obviously gone before him to show him the path to spiritual enlightenment?

Jesus, being rebellious, when being graded for the subject "Non-Meat Eating 101" would have failed. He would have scored an F minus. Right here, at this point, has his application to be the Saviour of the world,

In Hinduism, everyone has to have a guru and this includes the gurus themselves. All gurus can name their own guru that have guided them to their own "guru-ness". Maharishi Mahesh Yogi, Paramahansa Yogananda, Swami Muktananda have someone who is their source of authority. Basically, the guru accepts the neophyte as a pupil, guides him and then commissions the fledging guru into the world to spread peace, harmony and enlightenment. Well, what happened to Jesus then? All he can do is refer to his "Father in heaven" that has sent him. Did Jesus not have a guru when he went to India? Did Jesus forget the name of his guiding guru? Why would Jesus break with the great tradition of Guru Naming? Is this then another mark against Jesus being the future Saviour of the world? Jesus has failed again.

Now, according to Indian guru tradition, the sacred drink for any future Saviour of the world to have, is the water that washes the feet of a guru. An `Indian' Jesus would have drunk the foot bowl of his guru, but when dealing with his own disciples, there is no mention of making them drink the residue of his own 'feet-water'. What could have changed? Jesus talks about himself as being the `living water', but there is no reference to having put his `plates of meat' (feet) into it first and then making his disciples drink it.

One is beginning to wonder why Jesus would have spent the air fare to go to the sub-continent if he wasn't serious? This is not to mention air-port tax, accommodation and sickness insurance and so on, that would have all swelled the budget.

Would he in fact have gone to all this trouble only to find out, the guru way was a load of old rubbish? Did he in fact, reject the title of Swami Jesus in order to promote the truth which was not the way of the Indian guru?

Maybe Jesus didn't come to show us the truth - maybe he just was the truth...and the way...and the life?

JESUS HAD A TRADE

Not only was he known as the carpenter's son, but also as the carpenter. Now Joseph (`as was supposed' his father Luke 3:23) was a carpenter and Jesus would have been apprenticed to him. After his father's death, Jesus would have carried on the business, being assisted by his younger brothers. Jesus earned the name as 'the carpenter'. This title would have made him very well known around `the traps' and he would have been a member of the local Jewish community. In addition, `as was his custom' he read the Hebrew scriptures on the Sabbath. It was customary for him to do Sabbath reading. Now on one occasion, he reads from the Book of Isaiah that declares him to be the deliverer of Israel. The congregation is stunned. Their disbelief, mockery and contempt was one born of familiarity which would indicate that their association with Jesus was one of long standing and continuous acquaintance with him. This would not be the case should he have gone overseas for study. Score India 4 - Jesus 0.

WHEN DID HIS FAME BEGIN?

Was it returning in triumph from foreign climes with his PhD? No, far from it. The Bible says that his fame began after his baptism and return from a forty day wilderness fast - not a return from India. One would imagine that stepping off the plane, like the Beatles returning from India, would send the crowd into a frenzy? Jesus would be famous just on that account. No Sir-eee Bob! Score? India 5 - Jesus 0.

Now, all gurus boast of their training. When did Jesus ever boast about his years of Himalayan cave dwelling, ascetic practices, yoga and austerity? All gurus boast of what they have been through to attain self-realization and godhood. Why would Jesus not be the same? Well, why should he? A man who was God already wouldn't have to, would he? Jesus was always God and became manifest in the flesh. No stringent life style needed. No years of self-flagellation or fasting required here. If he did go to India to become a guru, he's breaking all the rules. Score? Gurus 6 - Jesus 0.

CLAIM TO BE THE 'ONLY BEGOTTEN'

Now why would one guru (supposedly Jesus), out of all the thousands of gurus, step forward from the pack and claim to be the "only begotten Son of God"? This claim is absolutely unique. Declaring that we are all sons of god, New Agers regard Jesus as just another son of god but not the Son of God. Well someone must be lying. Surely Indian guru training wouldn't teach their pupils to lie would they? If Jesus is lying, this is another blow to his future claim as the way, the truth and the life. Score? Gurus 7 - Jesus 0.

If eating your gurus leftovers enhances your spirituality, why wouldn't Jesus have his meal first in the Upper Room and then distribute the remains to the disciples.

Furthermore, why not gobble up most of the boy's loaves and fishes first and then have the disciples distribute the rest to the multitudes? This is not good guru practice. Jesus fails again. Score? India 8 - Jesus as a guru 0.

DID JESUS GET TO RABBI SCHOOL ?

Question: "Why would a twelve year old who could astound the learned synagogue doctors and temple lawyers of his day, want to go to rabbi school? Answer: "He wouldn't! He wrote the Book!" Did he need to learn how to dress the right way? Walk properly like a rabbi? Pass his rabbi exams? Learn how to be spiritual? Please, give me a break! Please - he was God!!

What would Jesus be doing hanging around with them? They were Old testament law breakers. They were thrown out according to the Torah (the first five books of the Old Testament). Jesus associating with them would have meant that he wasn't fulfilling the law but breaking it.

Q: What do Hinduism and Judaism have in common? A: Nothing. No sin, No Sabbath, No meat eating, No animal sacrifices for sin, No temple - need we go on?

Hinduism is well known for engulfing all other religions, however it stumbles badly with the Jewish Jesus. But can we be rest assured that the coming anti-christ very well might have the appropriate, and endorsed, credentials from India?