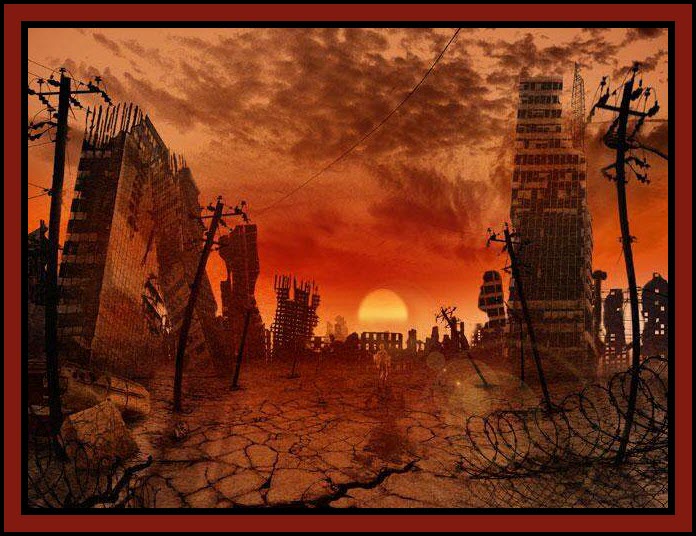 CHURCH WILL NOT ENTER

1. The church is not appointed unto God’s wrath

For God hath not appointed us to wrath, but to obtain salvation by our Lord Jesus Christ, (1Thess 5:9)

And to wait for his Son from heaven, whom he raised from the dead, even Jesus, which delivered us from the wrath to come. (1Thess1:10 - written to  the saints)

2. The antichrist is revealed after the day of Christ which is the rapture.

“That ye be not soon shaken in mind, or be troubled, neither by spirit, nor by word, nor by letter as from us, as that the day of Christ is at hand. Let no man deceive you by any means: for 2 that day shall not come, except there come a 1 falling away first, and 3 that man of sin be revealed, the son of perdition;” (2Thess 2:2-3). The sequence of events are:

The verse does not read -

“Let no man deceive you by any means: for that day shall not come, except there come a falling away and that man of sin be revealed first, the son of perdition;”

3. The church is not found anywhere on earth in Revelation chapters 6-19.

4. The church is waiting for the Lord not for the Tribulation

“And to wait for his Son from heaven, whom he raised from the dead, even Jesus, which delivered us from the wrath to come.” (1Thess 1:10)

Now we beseech you, brethren, by the coming of our Lord Jesus Christ, and by our gathering together unto him, That ye be not soon shaken in mind, or be troubled, neither by spirit, nor by word, nor by letter as from us, as that the day of Christ is at hand. (2 Thess 2:1-2)

Paul says the day of Christ is at hand not the day of the Lord which is the wrath to come.

5. The church consisting of Holy Ghost filled believers, must be removed before the A/C can be revealed. (See 2Thess 2:1-11)

“And now ye know what withholdeth that he might be revealed in his time. For the mystery of iniquity doth already work: only he who now letteth will let, until he be taken out of the way.” (2Thess 2:6-7)

For the Holy Ghost to be taken off the earth, all believers must be taken as well, because the Spirit of God indwells the believer.

6. The Tribulation refers to the time of Jacob’s trouble which is a Jewish dispensation on the earth so therefore Christians won’t be here.

“Alas! for that day is great, so that none is like it: it is even the time of Jacob's trouble, but he shall be saved out of it.” (Jeremiah 30:7)

7. There can’t be two temples on the earth at the one time

As soon as the Christians are taken off the earth, then the Jewish temple can be rebuilt. Even though there are millions of temples as represented by the Christians, God treats us as “one temple” wherein dwells his Holy Ghost.

“Seventy weeks are determined upon thy people (Daniel’s people) and upon thy holy city, to finish the transgression, and to make an end of sins, and to make reconciliation for iniquity, and to bring in everlasting righteousness, and to seal up the vision and prophecy, and to anoint the most Holy.” (Daniel 9:24)

Sixty-nine weeks have already passed. The phrase “thy people” is not the church. The NT church doesn’t have a city. This is Daniel’s people and Daniel’s city which is Jerusalem. “My transgressions are finished” is a passage that doesn’t refer to me as my sins are already paid for.

9. Christians don’t have to suffer a little first – Christ did all the suffering.

This tribulation is not some sort of “Protestant purgatory” where you’ve got to suffer a little first to be purified.

“In the body of his flesh through death, to present you holy and unblameable and unreproveable in his sight:” (Col 1:22)

10. There is always chastening, so the Tribulation is not the wrath of God upon believers.

Will bad Christians have to be punished in the tribulation? No. What about all the carnal Christians who have died? No. Saved people are righteous before the Lord even though they might be full of sin.

11. Ambassadors are called out of a country before a war is declared.

Christians are called ambassadors (2Cor5:20). The body of Christ is taken away before God declares war on the earth.

12. God does not send his wrath on himself.

If Christians were still left on earth at the start the Tribulation, God would be pouring his wrath out on himself which is the body of his son Jesus Christ.

13. Lot is type of NT church that is taken away before the wrath of God consumes the rest.

Now, Lot raised his children in Sodom. Although Lot was depraved he was declared righteous in 2 Peter. God doesn’t destroy the saved with the unsaved. He rescues them out first.

As God pours his wrath out on the earth, he rescues and saves Noah and then returns him to start again on the earth. Similarly, he does this with those in his own body, the body of his Son Jesus Christ.

15. The tribulation is addressed to the Jews.

But pray ye that your flight be not in the winter, neither on the sabbath day: (Matt 24:20)

This passage is addressed to the Jew. Therefore, the church can’t be in the tribulation. As the body of Christ, the church ignores the Sabbath.

16. There will not be a partial rapture. For as the body is one, and hath many members, and all the members of that one body, being many, are one body: so also is Christ. For by one Spirit are we all baptized into one body, whether we be Jews or Gentiles, whether we be bond or free; and have been all made to drink into one Spirit. (1Cor 12:12-13). Christ’s body doesn’t undergo any division. The church is called a pearl in Matthew and unlike diamonds that can be split, pearls cannot. Christ’s body will never be split or divided. All saved go in the rapture.

17. The church returns from heaven with Christ at the end of the Trib

“And the armies which were in heaven followed him upon white horses, clothed in fine linen, white and clean.” (Rev 19:14). White linen refers to the righteousness of the saints.

“And Enoch also, the seventh from Adam, prophesied of these, saying, Behold, the Lord cometh with ten thousands of his saints,” (Jude 14). Enoch could see a coming judgment upon the earth and is called out before his time. This is a type of rapture. Enoch is a type of NT church.

If the church goes through the Tribulation, this then denies all the scriptures on the rapture. If the church doesn’t get raptured then who does?

"Nineteen more reasons the church
will not enter theTribulation."