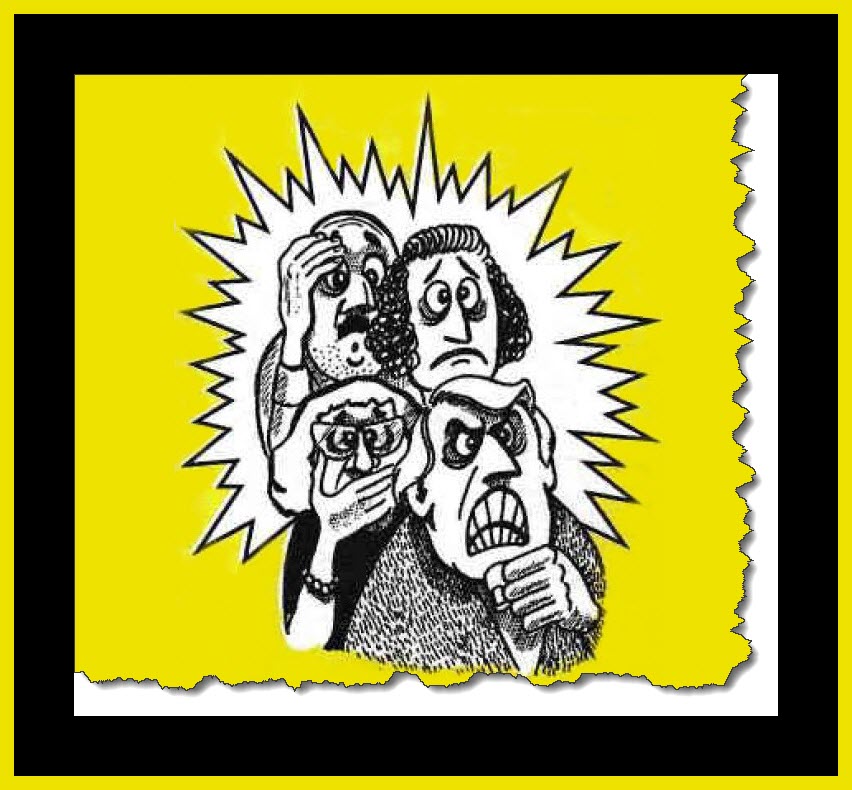 * I believe in Jesus

* I’ve been to a Billy Graham crusade and went out the front and asked Jesus to come into my heart.

* I believe Jesus died on the cross for my sins, was buried and rose again the third day

* I ask God to help me every day by His Holy Spirit.

* I ask Jesus to help me every day

* I believe in the Holy Spirit

* I believe in God and pray to Him

* I was confirmed into the church through confirmation classes

* I believe the Apostles creed and I can recite it

* I sometimes fast but not as often as I should

This probably shocks you. Can you tell the difference between Christianity and Roman Catholicism?

The above STATEMENT of FAITH is being echoed by countless “christian” millions. We are living at a time when the difference between Christianity and Roman Catholicism seems negligible in the minds of most. The argument seems to be that we should build on the common beliefs between the two religions - even putting the bulldozer through any differences that would seek to separate.

Is the Christian relationship to God the same as a Roman Catholic relationship to God? Are there any differences? Are those differences worth fighting for today? Why must we have one or the other? Can’t we have both? Can’t we compromise and negotiate to a reasonable and sensible outcome between the two faiths? Did the countless Christian martyrs who died cruel and horrible deaths at the hands of Rome get it all wrong?

The Catholic church is all for unity, and in fact seems puzzled, that there has ever been any differences, stating that past disturbances have been nothing but misunderstanding and ignorance.

The following interview is with Stephan Keenan, a Roman Catholic scholar, in his Doctrinal Catechism regarding justification by faith, who says Christians simply misunderstand Roman Catholicism.

Q: What is justification?

A: It is a grace which makes us friends with God

Q: Can a sinner merit this justifying grace?

A: No, he cannot; because all the good works which a sinner performs whilst he is in a state of mortal sin, are dead works which have no merit sufficient to justify.

Q: Is it an article of the Catholic faith, that the sinner in mortal sin, cannot merit the grace of justification?

A: Yes; it is decreed in the seventh chapter of the sixth session of the Council of Trent, that neither faith, nor good works, preceding justification, can merit the grace of justification.

Q: How then is the sinner justified?

A: He is justified gratuitously by the pure mercy of God, not on account of his own or any human merit, but purely through the merits of Jesus Christ; for Jesus Christ is our only mediator of redemption, who alone, by his passion and death, has reconciled us to his Father.

Q: Why then do Christians charge with believing, that the sinner can merit the remission of his sins?

A: Their ignorance of the Catholic doctrine is the cause of this, as well as many other false charges.

Those who imagine that Roman Catholic theologians teach a bald righteousness by man’s own works, are not prepared to meet or recognize the doctrine of the mystery of iniquity.

The central issue of the Reformation of the sixteenth century was that of JUSTIFICATION BY FAITH.

“Should the doctrine of justification by faith be lost, then all is lost.” (Martin Luther)

Look at this website today and do the QUIZ.

ARE YOU A CHRISTIAN OR A ROMAN CATHOLIC?