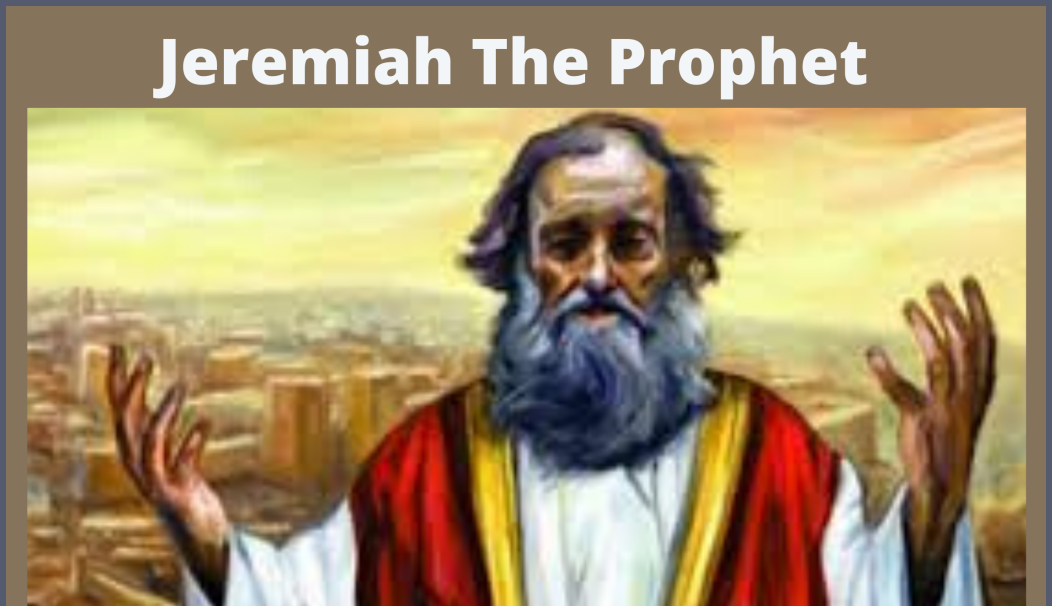 Question: “WHY IS JEREMIAH CALLED THE WEEPING PROPHET?”

ANSWER: “BECAUSE HE WEPT A LOT!”

THIS IS GOD’S FINAL EFFORT TO SAVE JERUSALEM

Prophets were chosen of God, to tell the certain future before it happened, with prophecy.
They would not predict the future, as this would imply guesswork on the part of the prophet.
God simply used these messengers, to tell what WOULD be happening. No guessing needed!
The books of the prophets, Joel to Malachi, cover about 400 years, 830-430BC approximately, when the Hebrew nation was in decline.

THEIR MISSION AND MESSAGE

1.   To try and save the Hebrew nation from IDOLATRY and wickedness.
2.   Failing this, to announce to the nation, that they will be destroyed.
3.   But not completely destroyed, as a remnant (a few left) will be saved.
4.    Out of this remnant will come a Person who will bring all nations to God.
5.   That person will be a great man who will one day arise out of the family tree of David. The prophets called him THE BRANCH. This family tree of David, once the most powerful family in the world, was cut down in the days of the prophets, and disappeared. But the family would comeback with this man called THE BRANCH - THE KING OF KINGS AND LORD OF LORDS (Rev 19:16)

Not even understanding the full meaning and importance of their words, the prophets were obedient.

1. NORTHERN KINGDOM CALLED ISRAEL had the ten tribes, and lasted about 210 years, and the prophets during this period were Amos, Hosea.

The destruction and captivity Northern kingdom went from 734-721BC. They were taken to Assyria have simply disappeared from the face of the earth.

2. SOUTHERN KINGDOM CALLED JUDAH had the two tribes of Judah and Benjamin, and lasted about 320 years, and the prophets during this period were Joel, Isaiah, Micah, Jeremiah, Ezekiel, Daniel, Habakkuk, Zephaniah.

The destruction and captivity of the Southern kingdom, went from 606-586BC. Taken to Babylon.

Invading armies didn’t kill and destroy everything at once, but slowly strangled their captive nations, with taxes, slaves and goods. Under their rule, they then left the very poorest in the land to struggle on.

3. RESTORATION OF THE NATION made up of only Judah and Benjamin, NOW CALLED ISRAEL, happened from 536-444BC, and the prophets during this period were Haggai, Zechariah, Malachi.

4. OTHER NATIONS were ASSYRIA (Nineveh) with the prophets Jonah and Nahum

and EDOM (Esau) with the prophet Obadiah

THE 16 PROPHETS ARE GROUPED AS FOLLOWS

“TABLE OF KINGS AND PROPHETS”