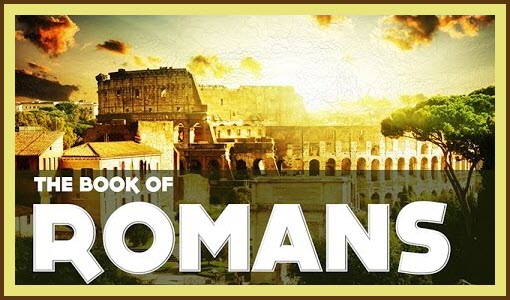 QUESTION: “WHY IS THE BOOK OF ROMANS IMPORTANT?”

ANSWER: Let’s see what others have said about Paul’s book to the Romans

CHRYSOSTOM (347 – 407) (He was called ‘The Golden Mouth’.) would have Romans read to him twice a week. So wonderful and powerful was the book.

MARTIN LUTHER (1483 – 1546) In his preface to the Epistle to the Romans he states “This epistle is in truth the chief part of the New Testament and the purest gospel. It would be quite proper for a Christian, not only to know it by heart word for word, but also to study it daily, for it is the soul’s daily bread. It can never be read or meditated too much or too well.”

“The more thoroughly it is treated, the more precious it becomes, and the better it tastes. In itself, it is a shining light, quite sufficient to illumine the whole scripture.”

Luther goes on to say “In this epistle, you will find the greatest abundance of things that a Christian ought to know: What the law is, the gospel, sin, punishment, grace, faith, imputed righteousness, Christ, God, good works, love, hope. Cross-bearing conduct of ourselves toward the godly and toward sinners.”

“Conduct of ourselves toward those of weak faith, friends, toward enemies and toward ourselves.”

“Moreover, all this teaching has been built on the scripture ground and illustrated by Paul’s personal example and by the example of the prophets, so that there is nothing left for us to desire.”

“It seems therefore, that Paul’s object in this epistle, was to draw up a syllabus of the entire Christian and evangelical doctrine, and to prepare an introduction to the entire Old Testament.

For any person who has received this epistle into his heart has without question, the light and strength of the Old Testament in himself.”

“Accordingly, let every Christian become familiar with this epistle, and put it into constant practice. To this end, may God grant us his grace! Amen!”

JOHN CALVIN (1509 – 1564) said of Romans “When anyone understands this epistle, he has a passage opened to him to the understanding of the whole Scripture.”

FREDERICK GODET (1812 - 1900) the Swiss theologian called the Book of Romans “The cathedral of the Christian faith.”

G. CAMPBELL MORGAN (1863 – 1945) said of Romans “The most pessimistic page of literature upon which your eyes ever rested” and at the same time “the most optimistic poem to which your ears ever listened.”

RICHARD LENSKI wrote that Romans is “Beyond question, the most dynamic of all New Testament letters …”

MATTHEW HENRY (1662 – 1714) states in his Commentary on Romans that in the universe of ‘spiritual stars’, there are those that differ from the rest in magnitude and glory – in the Old Testament it is David’s Psalms and in the New Testament it is Paul’s fourteen Epistles, the chief of which is Paul’s epistle to the Romans.

ST PETER THE APOSTLE wrote about Paul’s letters “As also in all his epistles, speaking in them of these things; in which are some things hard to be understood, which they that are unlearned and unstable wrest, as they do also the other scriptures, unto their own destruction.” 2 Peter 3:16

THE ABOVE THINK IT’S A PRETTY IMPORTANT BOOK.
WHAT ABOUT YOU?