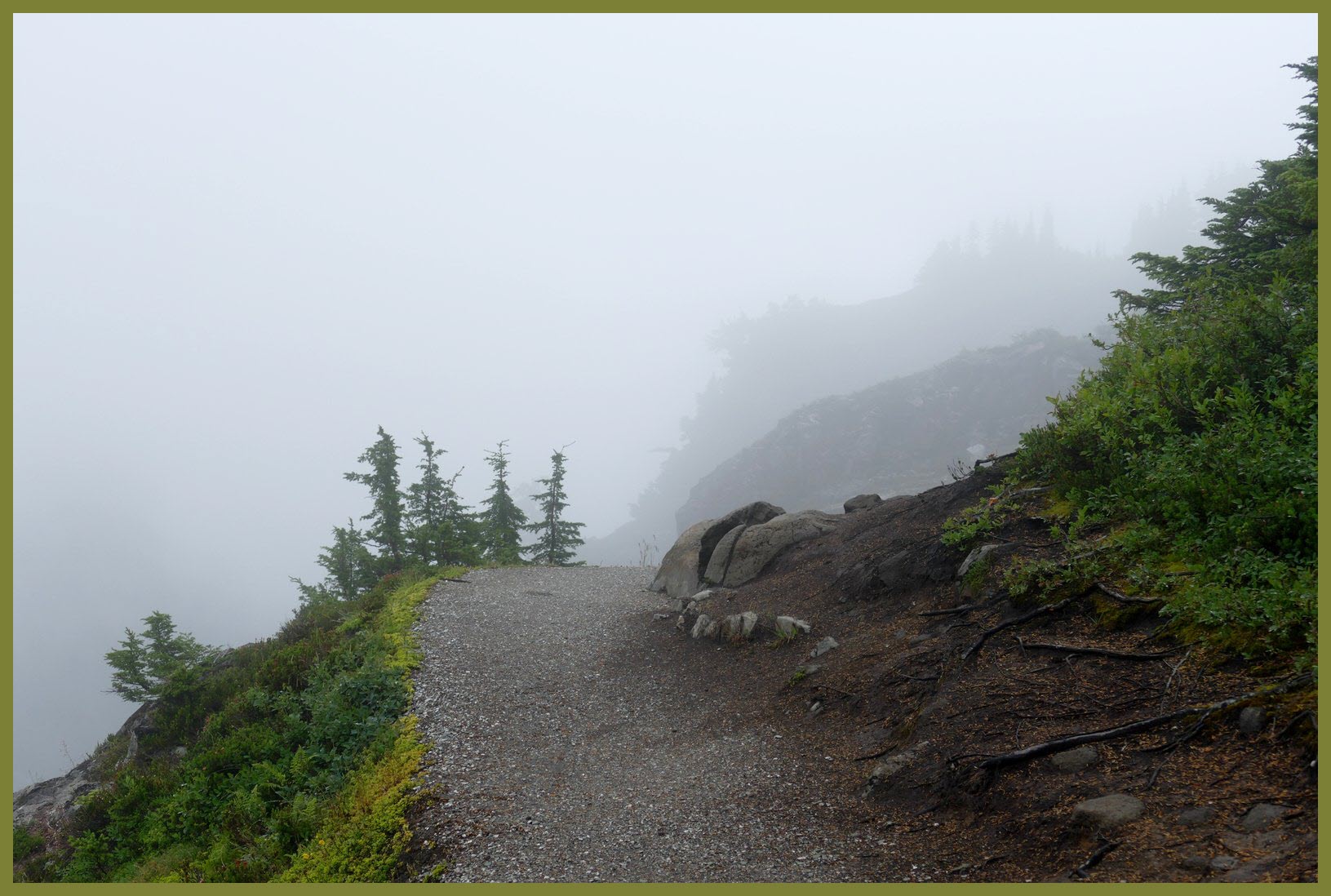 QUESTION: “What’s God ever done for me!”

ANSWER: That’s not your problem at the moment, it’s what he’s going to do to you that counts!

I DON’T UNDERSTAND?
Good question. He’s going to throw you into the literal flames of hell when you go into the next world, where he will keep you alive in order to burn you forever. You will be everlastingly tormented.

STEADY ON OL’ CHAP! THAT’S A BIT ROUGH! ISN’T HE A GOD OF LOVE?
I’ll explain that later. Your big problem is that you have no idea of who God is and his two natures.

YOU’RE THE EXPERT … YOU TELL ME!
It’s hard for man to comprehend, but God has two sides, two complete opposites - total wrath and total love. God loves himself and his rules and standards and anyone else who does as well, and he absolutely hates anyone who doesn’t.

“Herein is love, not that we loved God, but that he loved us, and sent his Son to be the propitiation for our sins.” (1 John 4:10)

BUT I LOVE GOD!
No you don’t. If you did, you would not have broken any of his rules called the Ten Commandments.

I CAN’T HELP IT! IT’S IN MY NATURE!
Correct! And that’s why you are going to hell. And that’s his rules. I didn’t make them.

THAT’S DREADFUL! WE’RE ALL DOOMED!
Correct! But that’s only one side of his nature. The other side is his love, and that can’t be understood either.

I’M STILL CONFUSED!
When Adam and Eve disobeyed God in the garden of Eden, God made a place in the middle of the earth of hot molten lava to burn them forever, such that they can’t commit suicide and die. Of course they deserved it, but if God did that there wouldn’t be any human race. One of God’s rules is as follows:

In other words, God is perfect and holy and everyone must be like him, otherwise God has the right to kill that person and spill their blood. God is a blood thirsty God. God saw Adam and Eve sin in the garden of Eden and was perfectly within his right to kill them both.

WOW! THAT’S NOT THE GOD I WORSHIP!
Correct! It’s not the God you know anything about. Your God is this lovey-dovey sort of Santa Claus in the sky who is just waiting to fulfil your every wish.

Anyhow, God, being a God of total love, as well as total wrath, killed a lamb in Adam and Eve’s place, a substitute life with substitute blood, as an atonement for their sin of disobedience. God then then covered Adam and Eve in coats of animal skins as a sign of covering their sin.
And this carried on for the whole of the Old Testament till God saw that Israel was just going through motions of animal sacrifice without a grateful heart toward God and his grace and mercy.

SO!?
God then shut up shop on Israel, didn’t talk to them for about 400 years, and left them alone in order they would all get diseased, down-trodden, weighed down by sin, palsied, devil-infested and wretched … to name just a few bad consequences of their previous, or lack thereof, actions.

I STILL DON’T UNDERSTAND!
God himself then came down to earth as a man, the Lord Jesus Christ, and got Israel’s attention by healing all and sundry of every ailment.

You see, God could have just walked away after 400 years and given up on a nation that had rejected him. But he didn’t. Four hundred years! Would you hang around for someone for that long if they had rejected you? Of course not.

But this is the God of love. This is his demonstration that while they were yet sinners and hated him, he still loved them. This is the other side of God’s nature of throwing people into the lake of fire because they are not sinless, holy and perfect like God.

WELL YOU’RE TELLING THE STORY …
So Jesus Christ, God himself in the flesh, sits them down and gives them an impossible set of rules that they must keep perfectly, the sermon on the mount, to which there are howls of protest as they were to hard.

God knew all this in advance, and kicks into action plan B and says to Israel, that if they would believe that he, Christ, would keep the rules perfectly on their behalf, and still go up to the temple to shed animal blood for their sins, when they died they could go, not into heaven, but into a place under the earth called Abraham’s bosom.

THAT’S WEIRD MAN!
You’re right again. I mean God is perfectly happy in heaven. Why did he need to go through all this thing of creating men, who couldn’t keep his laws, so he had to come down and keep them on their behalf! Please!!! You tell me?

May I give you a little hint? Do you think God did this so he could demonstrate for all time, to all people everywhere, that he is a God of love?

STILL WEIRD MAN!
So then, in spite of healing them all, they rejected him onto a cross. And he’s still loving them.

If nothing else, you’ve have to hand it to Jesus for what he did. But here’s the thing. Israel didn’t know that just like God said in the Old Testament he’d let them kill an animal for it’s blood payment to himself, God allows himself to go to the cross as a blood substitute for their sins. Now, you have to admit that’s love!

“SO GOD HIMSELF, THE CREATOR OF THE
UNIVERSE,
COMES TO EARTH AS A SACRIFICIAL LAMB FOR THEIR SINS!”

SO WHAT’S YOUR POINT?
God just didn’t go to the cross for Israel’s sins, he went to the cross and shed his own blood for your sins as well.

WELL, GOOD ON HIM, BUT I NEVER ASKED HIM TOO!
My dear fellow, you don’t understand. God made you! He owns you! He can do whatever he like with you! And furthermore, he doesn’t care too hoots about whether you believe he did all this for you or not.

However he’d like you to show a little bit more appreciation for what he’s done for you. God himself came down to earth as a man, lived a sinless life on your behalf, spilt his own blood and died for you, so that he could fulfill his impossible laws as your substitute. He came down to save you from the flames of hell.

AS I SAID I NEVER ASKED HIM TO DO THIS FOR ME!
If you could only grasp the enormity of this thing! Because you’re a child of Adam, we can trace your ancestry right back to him, and Adam became a sinner, his sin ‘virus’, just like a computer, got handed down through the countless generations, such that you were born a sinner. That’s why you sin.

You take to sin like a duck takes to water. When Adam sinned, you changed from God as your father, so that now, Adam is your father. You are a child of Adam.

SO?
You must change back to having God as your father. If you will believe that God loved you so much to die in your place and take the penalty for your sins, such that you will not go and burn in hell, God can become your father again.

That’s what it means to be saved. Saved from God’s wrath of hell because of his love on the cross, paying your sin penalty.

God’s wrath? For one sin God has every right to burn you forever.

God’s love? For your countless thousands of sin, the penalty had been paid and you can go to heaven.

WILL YOU BELIEVE THIS? THAT’S WHAT IT MEANS TO BE SAVED! SAVED FROM GOD’S WRATH BY GOD’S OWN LOVE.

WELL THAT’S A NICE STORY, I’LL HAVE A THINK … MAYBE

Yes, you still don’t get it do you?

WHAT?
All this happened outside of you.
You became a sinner through Adam and his disobedient work.
You can get right with God through Jesus Christ and his obedience to God.
It’s like you sitting in the movies and watching all this on the big screen.

Your question at the start was “What’s God ever done for me!”

Your question should be “What hasn’t God done for you!”