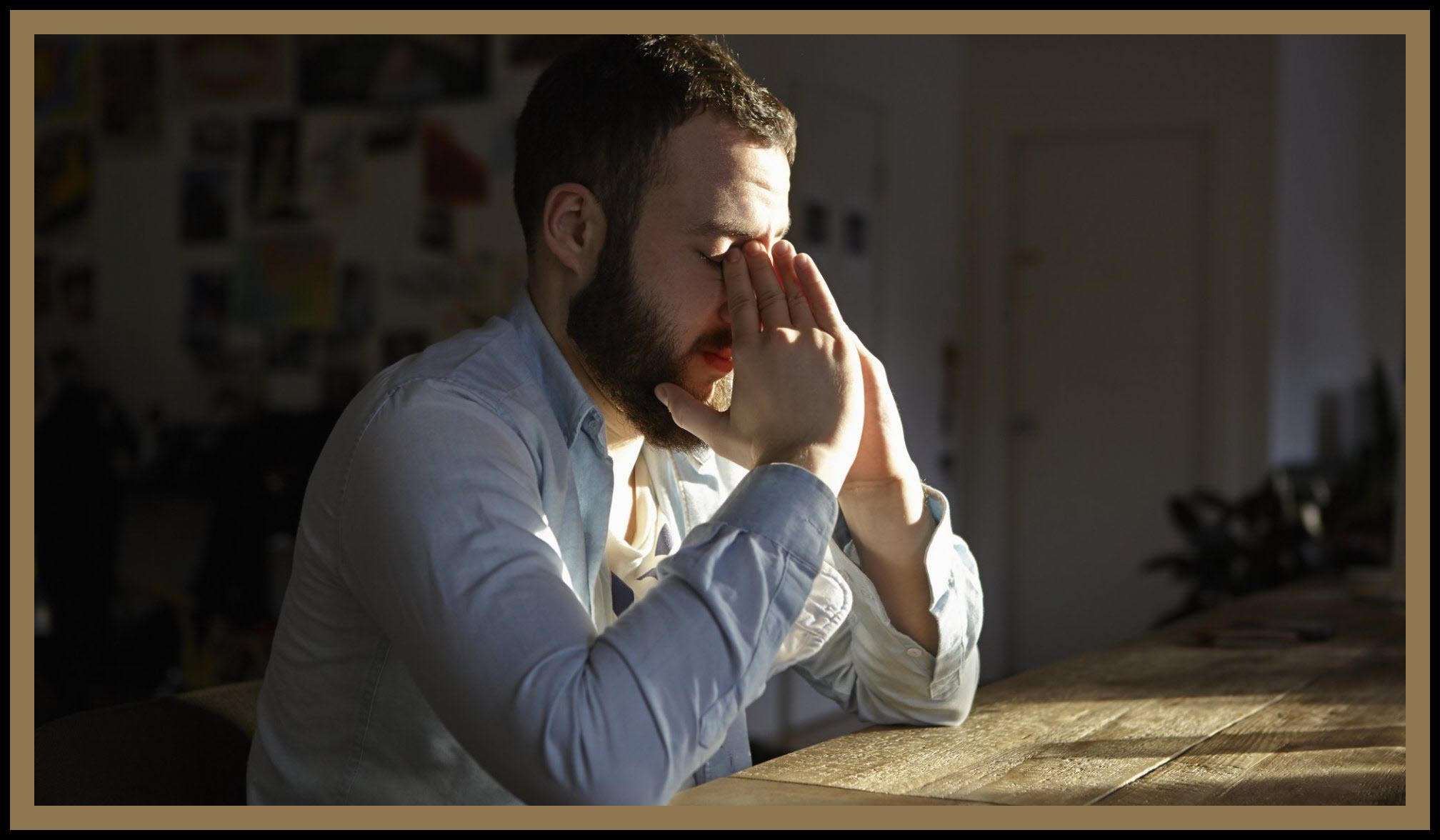 QUESTION: “Why do sinners suffer in hell?”

ANSWER: A sinner suffers in hell for believing in his own goodness and righteousness instead of God’s. It is that simple!

EXPLANATION:
It’s that simple as
“For they being ignorant of God's righteousness, and going about to establish their own righteousness, have not submitted themselves unto the righteousness of God.” (Romans 10:3)

It’s that simple as
“For by grace are ye saved through faith; and that not of yourselves: it is the gift of God: Not of works, lest any man should boast.” (Ephesians 2:8-9)

It’s that simple as
“But to him that worketh not, but believeth on him that justifieth the ungodly, his faith is counted for righteousness.” (Romans 4:5)

It’s that simple as
“I do not frustrate the grace of God: for if righteousness come by the law, then Christ is dead in vain.” (Galatians 2:21)

It’s that simple as
“To wit, that God was in Christ, reconciling the world unto himself, not imputing their trespasses unto them; and hath committed unto us the word of reconciliation. Now then we are ambassadors for Christ, as though God did beseech you by us: we pray you in Christ's stead, be ye reconciled to God.  For he hath made him to be sin for us, who knew no sin; that we might be made the righteousness of God in him.” (2 Corinthians 5:19-21)

SMELL A RAT? WHEN SOMEONE SAYS …
“You can lose God’s free gift of eternal life” you have to smell a rat. This will inevitably be spoken by a man, or woman, who wrongly, but arrogantly and proudly profess, they have never lost their salvation. Yes, not even for a single day in their life!

Look, they might admit to a couple of lapses early on in their salvation walk, but they will quickly tell you they immediately got saved again the second after that.

AN EXAMPLE OF BOB THINKING HE’S LOST HIS SALVATION

(That’s of course if he is saved)

Bob is in a panic. He thinks he’s currently in a state of not being saved because he believes he ‘fell out’ of Jesus because of sin, and he ‘lost his salvation’ because he got angry without a cause.

HERE’S WHAT HAPPENED.
Bob suddenly realizes and with horror says to himself ….

“Oh no! I’ve lost my salvation! Now I must get saved again right now! I ‘d better pray.

But before he can the phone rings.

“Not too bad John. I think I’ve just lost my salvation. How are you?”

“Well, what happened last week was unbelievable. I was going to the shops, when this bloke pulled out in front of me and … you still there Bob? Hello Bob? What’s up?

Unbeknown to John, Bob had suddenly had a heart attack and dropped dead on the floor …

How about the scenario that a drunk driver crashed his car into the side of Bob’s house and instantly killed him before he could say the salvation prayer again.

I know it sounds ridiculous, but Dear Reader, you know what I mean.

QUESTION:
“Will Bob go to heaven before he got saved again?”

I mean he was going to do it, he just got distracted with John’s phone call. I guess that’s too bad … he went to hell being in a state of unrighteousness and sin. Is that how it works?

DEAR READER, CAN YOU SEE HOW SILLY IT GETS?
How about if you’re saved but you have wrong doctrine? That’s a sin isn’t it? Surely then you can lose your salvation? Must you have perfect Bible knowledge?

What about your temper, anger, and your lack of love, peace, joy, long-suffering, goodness and gentleness, not to mention your lack of faith, meekness and temperance? They are sins aren’t they?

I mean a man would have to be getting saved twenty times a day forever after, in order to get to heaven. I mean how do you get this perpetual state of 100% holiness and purity so you don’t lose your salvation, so you can get to heaven?

WHAT’S WAS BOB’S PROBLEM? WHERE WAS HIS FOCUS?
It was on Bob and his goodness and purity and not on Christ and his perfect life. Bob was constantly sticking the spiritual thermometer into himself, and that’s a good thing, BUT NOT FOR SALVATION!!!!

IT’S CALLED SELF RIGHTEOUSNESS
It means you are dealing with a man, or woman, who questions your salvation because he or she observes you don’t live as holy a life as he or she lives. These people are self-righteous!

THERE ARE TWO LIES THE ‘LOSS OF SALVATION’ CROWD BELIEVE.

1. YOU CAN RIP YOURSELF OUT OF CHRIST’S BODY…
after being sealed in it permanently by the Holy Ghost. This means you have lost God’s free gift of eternal security. You have been able to take it off yourself. So by and act of your will, you can override God’s will even though the Lord has said the following:

For whom he did foreknow, he also did predestinate to be conformed to the image of his Son, that he might be the firstborn among many brethren. Romans 8:29.

Isn’t it amazing that you are so pure and holy that your will is greater than God’s promise and God’s will? Hello Pentecostals and Methodists … and anyone else who holds to this ‘loss of salvation’ error.

Look, John Wesley was saved and preached nothing but the blood, however after that the error of salvation loss crept in. Why? The Methodists were so dedicated and sin conscious, that when they sinned, they immediately thought they weren’t saved.

And of course out of this doctrinal error grew the Pentecostal and Charismatic movements in their attempts to be filled with the Holy Ghost and thereby eliminate sin from their life. They simply couldn’t understand Colossians chapter two and verse eleven.

2. “IF JESUS IS NOT LORD OF ALL, THEN HE’S NOT LORD AT ALL”
Furthermore, they will tell you that when you got saved, Jesus was not your Lord. They take the position that the “Lord” and “Saviour” are exactly identical, which they aren’t. They misunderstand the following scripture regarding the jailer

Paul uses the word “Lord” in this context to merely correctly identify Christ as there were/are many Christs, many Lords and many men called Jesus.

The jailer could have gone to the wrong saviour if Paul had said “Oh, believe on Jesus and thou shalt be saved.” The jailer probably knew men called Jesus or men who called other men by the title of ‘Lord’.

HAVING SPENT SOME TIME IN THE NEW AGE, …
the author of this article knew people involved in this alternative form of so called ‘spirituality’ who would actually call upon the name of ‘Jesus’, ‘Jesus Christ’, ‘the Christ’, ‘the Christ Jesus’, ‘Lord Jesus’, ‘the Lord Christ’, and even ‘the light of the Christ and the Holy Spirit’ and so on, for help and aid in their spiritual walk, but they would never invoke the name of ‘the Lord Jesus Christ’ as this only meant one person in the history of mankind! And they wouldn’t have a bar of that!

Paul is simply identifying the person to whom the jailer must go to in order to be saved. He is using the three titles to precisely pinpoint the man. Paul does not say ‘Jesus Christ’ or ‘the Lord Jesus’ or ‘the Christ’ and so on.

THE LORDSHIP SALVATION PEOPLE …
judge the way you live your life by their own standards of a perfect life – that they live. Furthermore, when you got saved, if you only called on the name of the ‘Lord’ to save you, you weren’t saved.
They will try and get you saved again with his correct title of The Lord Jesus Christ. They believe that if you don’t meet their standards of their standards of so called Christian living, you are obviously lost, because if Christ had saved you, you would have automatically and completely surrendered to HIM! YOU SHOULD BE LIVING LIKE THEM!
SALVATION IS NOT DISCIPLESHIP
They have confused and confounded salvation with discipleship, salvation with service, and salvation with submission.
THESE PEOPLE WHO BELIEVE IN LORDSHIP SALVATION ARE PROUD AND ARROGANT AND SELF-RIGHTEOUS FOOLS WHO ARE TRYING TO FORCE YOU TO LIVE LIKE THEY LIVE OR ELSE DENY YOUR SALVATION.

In essence they say if you don’t obey the Lord Jesus Christ like they do, IN ALL MATTERS OF FAITH, PRACTICE, WORD and DOCTRINE, you must not be saved. Dear Reader, they are completely and utterly wrong! For we dare not make ourselves of the number, or compare ourselves with some that commend themselves: but they measuring themselves by themselves, and comparing themselves among themselves, ARE NOT WISE. (2 Cor 10:12)
For the time will come when they will not endure sound doctrine; but after their own lusts shall they heap to themselves teachers, having itching ears; And they shall turn away their ears from the truth, and shall be turned unto fables. (2 Tim 4:3-4) 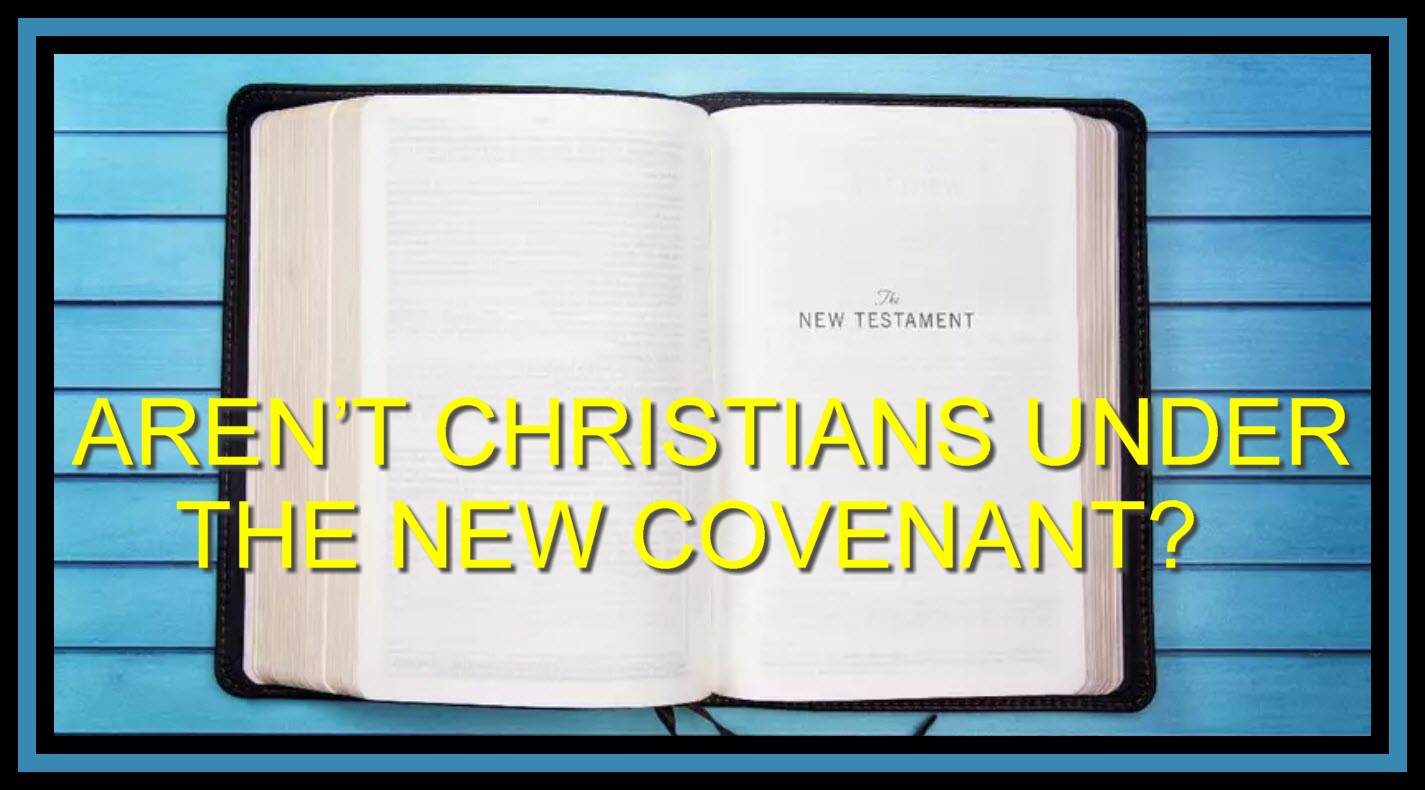 ARE CHRISTIANS UNDER THE NEW COVENANT?