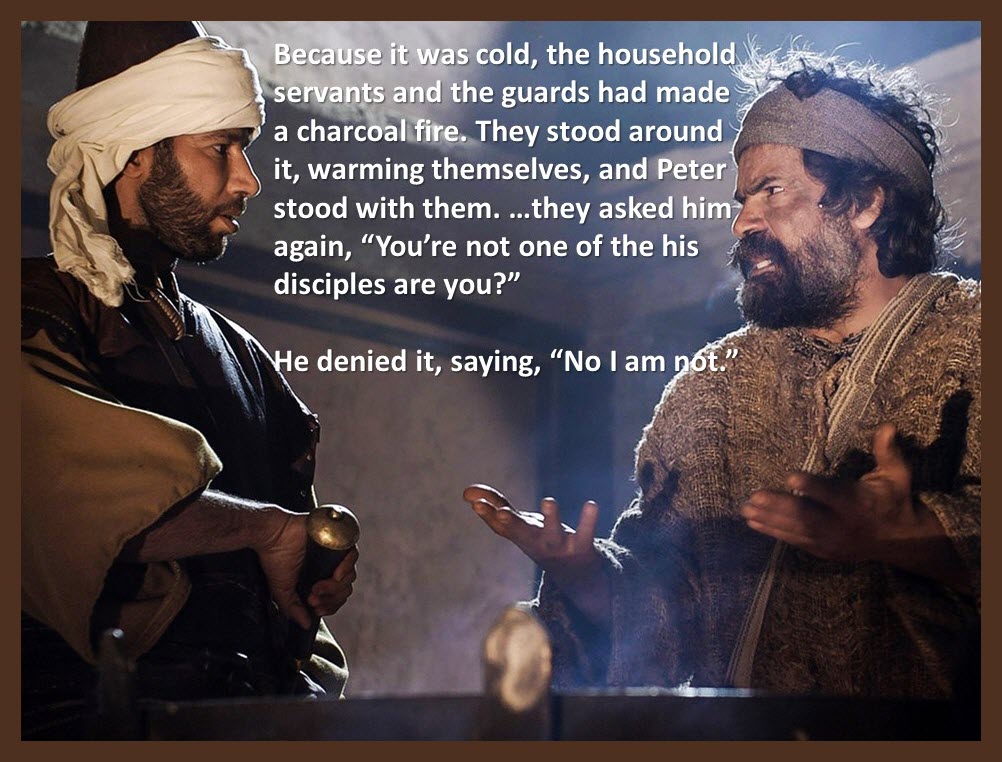 BULLSEYE!
ACCURATE BIBLE KNOWLEDGE!
“BEFORE THE COCK CROWS …. ONCE OR TWICE?”

The following diagram and explanation, clearly shows what happened:

On that morning there were two episodes of roosters crowing:

Although we don’t know the time lapse between the 1st and 2nd denials, Luke says there was “the space of one hour” between the 2nd and 3rd denials.
What happened that morning was something unique. God made a rooster to crow much earlier than the normal “cockcrowing” that would come later.REMINDER AND WARNING

The 1st cock crow (Mk 14:68) was a reminder and warning to Peter, in that, Christ had said Peter would deny him three times before two cock crows. Peter still had the time to stop before two more denials.  This was God’s grace to Peter. There is NO CONTRADICTION BETWEEN ALL ACCOUNTS. WHY DO THE GOSPELS APPEAR TO DISAGREE WITH EACH OTHER?

If before a judge in the civil courts, four witnesses appear with exactly the same story, and all agreeing with each other down to the last detail, then the judge will throw the case out of court. Why? He knows that the witnesses are lying and have got together and manufactured their evidence, to win their case.

An example is a car crash that is seen by four different witnesses.

All will tell the truth as they see it, but inevitably, they will have different accounts, but when pieced together, make up the one true account. People that lie guard against the appearance of differences.

So it is with the four gospels, as we piece their evidence together, we find that although there may appear errors and/or discrepancies between their stories, they all combine to make one perfect truth. God deliberately gives the four gospel witnesses only certain details that they will bring to memory, but like a jig saw puzzle, the pieces all fit perfectly together.