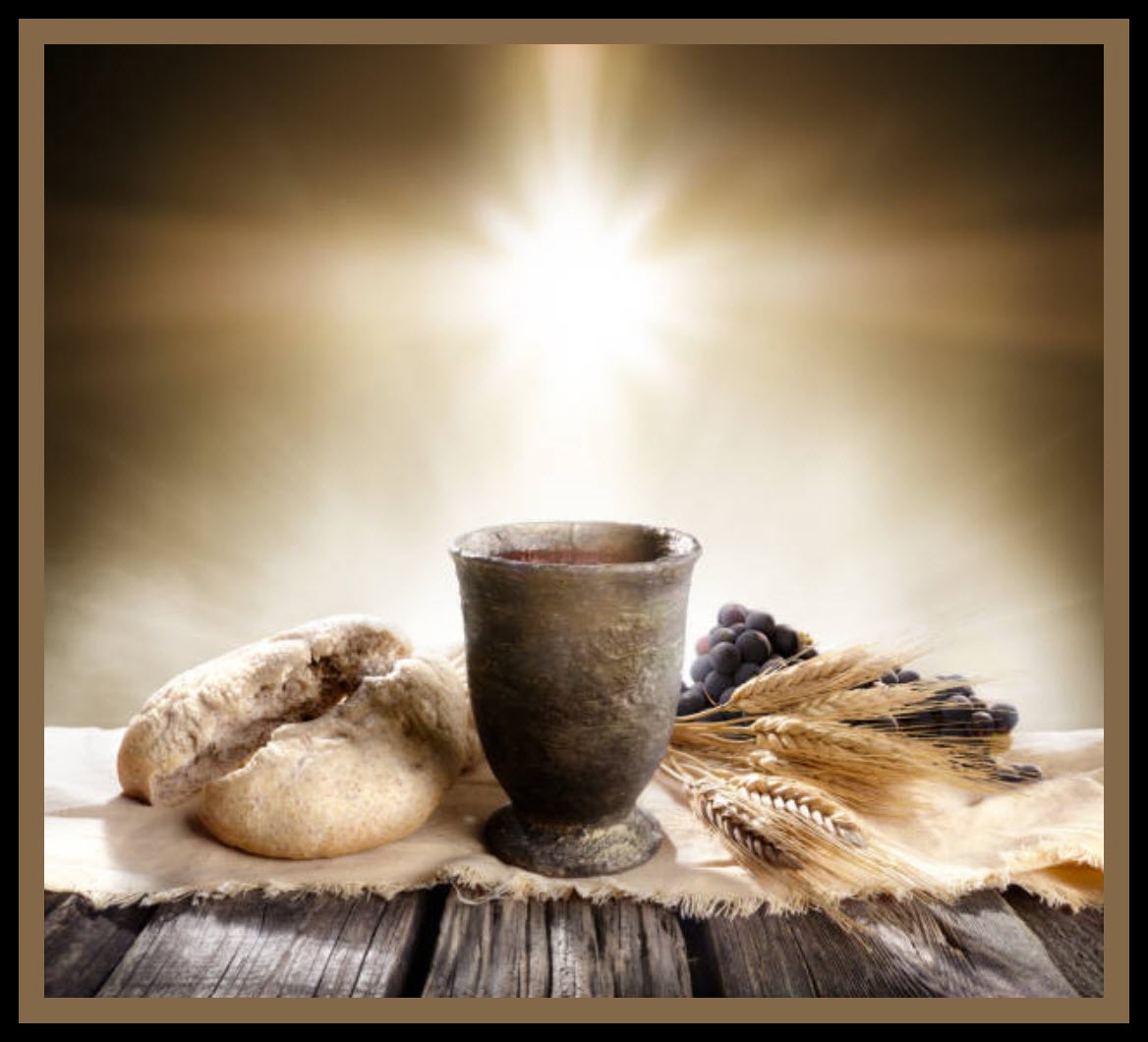 BULLSEYE!
ACCURATE BIBLE KNOWLEDGE!
“DO WE DRINK THE ACTUAL BLOOD OF JESUS?”

QUESTION: “Roman Catholics believe we eat the actual body of Jesus and drink his actual blood. Do we actually eat Jesus’ body and blood?”

THE UPPER ROOM AT THE LAST SUPPER
That the Lord Jesus the same night in which he was betrayed took bread: And when he had given thanks, he brake it, and said, Take, eat: this is my body, which is broken for you: this do in REMEMBRANCE of me. (1 Cor 11:23-25) (not his actual body)

After the same manner also he took the cup, when he had supped, saying, This cup is the new testament in my blood: this do ye, as oft as ye drink it, in REMEMBRANCE of me. (not his actual blood)

ROME’S LEADING THEOLOGIAN, “SAINT” ALPHONSAS DE LIGUORI …
called ‘The Angelic Doctor of Rome’ and author of “The Glories of Mary”, blasphemously states that a Roman Catholic priest creates God himself. He would have us believe, that when a Roman Catholic priest so commands, the Lord Jesus Christ will appear in wafer form to put away sin. He says the following:

“We clergy stand as high above governments, above emperors, kings and princes as the heaven above the earth. The kings and princes of this earth are as inferior to us priests, as lead is to the most refined gold. ANGELS ARE FAR INFERIOR TO US PRIESTS, FOR WE CAN IN GOD’S STEAD FORGIVE SINS, which neither angels or archangels could ever do. We are above the mother of God because she has born Christ only once, while we priests can produce and create Him daily. In short, WE PRIESTS ARE IN SOME DEGREE ABOVE GOD FOR HE MUST BE AT OUR SERVICE AT ALL TIMES AND IN ALL PLACES AND AT OUR COMMAND THE CONSECRATION OF THE MASS DESCENDS FROM HEAVEN. God has certainly created the world with the words “Let there be” but in the words “Let there be”, WE PRIESTS CREATE GOD HIMSELF.”

Well Dear Reader, how about that! Man, that’s some sort of party trick! As mentioned in a previous article, should these fellows get on “ITALY’S GOT TALENT”, they’d romp it in.

COMMON SENSE IS NOT COMMON
“Then Jesus said unto them, Verily, verily, I say unto you, Except ye eat the flesh of the Son of man, and drink his blood, ye have no life in you.” (John 6:53)

How can this be true when we read in the same chapter the following four verses. This is called reading a verse in its context – what do the other verses around it say. The other verses give it the proper and real meaning.

“Verily, verily, I say unto you, He that believeth on me hath everlasting life.” (John 6:47). This means if you never had the Lord’s supper, you’d still go to heaven.

WHAT DID THE JAILER SAY?
“And brought them out, and said, Sirs, what must I do to be saved? And they said, Believe on the Lord Jesus Christ, and thou shalt be saved, and thy house.” (Acts 16:30-31)

No water baptism here or ‘eating Jesus’ or ‘drinking the blood of Jesus’ here. Believing will get you saved not eating or drinking ‘Jesus’.

DID JESUS EAT THE PHYSICAL FATHER IN HEAVEN?
Of course not. Jesus is talking about eating spiritually of the Father not eating the flesh of his Father in heaven.

“This is that bread which came down from heaven: not as your fathers did eat manna, and are dead: he that eateth of this bread shall live for ever.” (John 6:58)

In the desert the Jews had physical bread and died. Jesus says “You need the spiritual bread come down from heaven.” You see previously in the same chapter, Jesus performs the miracle of feeding the 5,000 (Jn 6:10).

So in contrast, Jesus says don’t go after the physical bread, but come after me the spiritual bread from heaven.

“Labour not for the meat which perisheth, but for that meat which endureth unto everlasting life, which the Son of man shall give unto you: for him hath God the Father sealed.” (John 6:27)

“It is the spirit that quickeneth; the flesh profiteth nothing: the words that I speak unto you, they are spirit, and they are life.” (John 6:63)

Jesus says “You can eat the Lord’s supper all you like, ten times a day and fifty times on Sunday if you like, but it won’t do you a scrap of good. The physical bread will not give you eternal life.”

CAN THE JUICE OF THE GRAPE BE CALLED BLOOD?
Yes. In the Old Testament we have the following:

“Butter of kine, and milk of sheep, with fat of lambs, and rams of the breed of Bashan, and goats, with the fat of kidneys of wheat; and thou didst drink the pure blood of the grape.” (Deut 32:14)

In addition, we have

“Binding his foal unto the vine, and his ass’s colt unto the choice vine; he washed his garments in wine, and his clothes in the blood of grapes:” (Genesis 49:11)

IS JESUS AN ACTUAL DOOR when he says
“Then said Jesus unto them again, Verily, verily, I say unto you, I am the door of the sheep.” (John 10:7). Are we actual sheep? Is Jesus an actual door? Of course not!

IS JESUS AN ACTUAL VINE?
Are we actual tree branch? Of course not!

“I am the vine, ye are the branches: He that abideth in me, and I in him, the same bringeth forth much fruit: for without me ye can do nothing.” (John 15:5)

PEOPLE GET A BIT STUPID WHEN THEY READ A VERSE OUT OF CONTEXT
In fact they just march right into hell with their beliefs about what they think the Bible means rather than what it says.

Three verses for you to meditate upon:
“Study to shew thyself APPROVED UNTO GOD, a workman that needeth not to be ashamed, rightly dividing the word of truth.” (2 Tim 2:15). You will study to show yourself approved to God not me or any other person here on earth.

“For the time will come when they will not endure sound doctrine; but after their own lusts shall they heap to themselves teachers, having itching ears;” (2 Tim 4:3)

“As also in all his epistles, speaking in them of these things; in which are some things hard to be understood, which they that are unlearned and unstable wrest, as they do also the other scriptures, unto their own destruction.” (2 Pet 3:16)