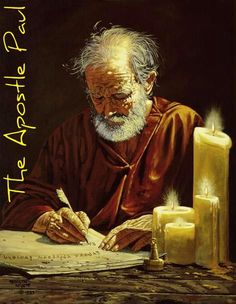 BULLSEYE!
ACCURATE BIBLE KNOWLEDGE!
“WILL THE BOOK OF HEBREWS BE DOCTRINE
FOR THE TRIBULATION JEW?”

QUESTION: Can the tribulation Jew study his own epistle that Paul wrote, and find he needs faith plus works for salvation?

EXPLANATION:
There are two theories about who Paul the Apostle was writing to in his Book to the Hebrews. Were they backslidden Christians or was it for Jews in the upcoming seven year tribulation? Neither.

When studying the English of the King James Bible for what it says and not what it means, the answer becomes obvious – it was to those Jews who were being persecuted by the hard liners of Moses (let’s call them the Mosaics) for leaving them, but had not yet received Christ as their Saviour as Christians. They were believers and followers of Christ as the Messiah (let’s call them the Messianics) when he was alive, but were now at loose end, and were coming short of believing that Jesus had to be their Saviour now that he was dead after the cross.

They were caught in the middle. They were not yet Christians.

Paul in his epistle puts forward all the arguments as to why they must have JESUS AS THEIR SAVIOUR not just CHRIST AS THEIR MESSIAH.

To whom and why does Paul write?
Although the epistle is written to all physical descendants of Abram the Hebrew (Gen 14:13), Paul writes the entire 13 chapters while in prison for the 2nd time, around 67-68 AD (Heb 10:34;13:23-24) and addresses a particular group of Jews - those who have received Christ as Messiah only (Messianics) called the “illuminated” (Heb 10:32).

While Paul acknowledges that they have believed that Christ is the Messiah, he urges them to consider and desire “the end” (Heb 3:15, ) which is in Jesus Christ the Saviour and have “his rest” (Heb 4:1).

What is ‘the doctrine of Christ’?
It’s the doctrine containing all six elements (Heb 6:1-4) as taught by Jesus Christ himself as the Messiah.

How does Paul describe the Messianics struggle unto Jesus?
They are encouraged to “…shew the same diligence to the full assurance of hope unto the end” (Heb 6:11) and “… hold fast the profession of our faith without wavering…” (Heb 10:23 a). They are exhorted to “Cast not away … confidence …ye have need of patience.” (Heb 10:35 a,Heb10:36 a) while being urged to “…labour …to enter into that rest…” (Heb 4:11 a)

But doesn’t “labour … to enter into that rest” () imply works salvation?
No. Perhaps the reader of this tract, can identify with the struggle that can go on for many years for the person wanting ‘spiritual rest’ (to be saved) and various attempts may produce temporary relief via other religions, new age, yoga and meditation etc. However, when finally saved by God’s grace by believing on Jesus the Saviour, the struggle stops and “Ah! The rest! The end of the struggle!” You had a labour to get there, but you weren’t working for your salvation!

Secondly, for the ‘illuminated’ it meant further labour to ‘endure “…a great fight of afflictions’ being “…made a gazingstock both by reproaches and afflictions” (Heb 10:32-Heb 10:33). Furthermore, while the ‘enlightened’ viewed the ‘illuminated’ as traitors, Rome saw them as just another sect to be dominated.

What does it mean to ‘sin wilfully’?
In rejecting Jesus’ blood, the ‘illuminated’ Jews, had, or were at least considering, returning to Moses’ law of animal blood.

Paul says “I’ve shown you that Levitical blood is only a shadow of the real thing - and by rejecting Jesus’ blood, you wipe your feet on him. Furthermore, you shame the once holy animal sacrifice, by continuing to perform it.” (paraphrase of Heb 10:29)

In modern parlance, they are like the football coach who takes a once brilliant, but now dead footballer out of his coffin every week, and props him up in the front row. This would be treating a once revered icon in an ‘unholy’ manner.

What is “the day approaching”?
This “…another day..” (Heb 4:8) is the day of entering the rest of Jesus. Today, many people join a church, get baptized and try to live a good moral life, but they can see “the day approaching” when they must make a decision to get saved or leave. Now a good pastor will urge these unsaved, to not forsake ‘the assembling’ of themselves with Christians and counsel them to get saved. Paul urges the ‘illuminated’ to keep meeting with “ourselves” () ie other Christians.

Is Hebrews 13 addressed to Christians?
Paul doesn’t address Christian churches with the Jewish language of this chapter. Despite hoping the Messianic is convinced by the first 12 chapters, he doesn’t let up on them, as he persists in telling them of the Saviour with their own Jewish terms and references.

Heb 13:1 ‘Brotherly love’ is not an exclusive term for Christians (2Sa 1:26). Heb 13:2 Levitical law is full of the treatment of strangers and here Jesus is the stranger Heb 13:3 Keep up your help for Christians in bonds Heb 13:4 A nice way of alluding to their infidelity of returning to animal blood instead of having the blood of Jesus Heb 13:5 Stop coveting and returning to animal sacrifice Heb 13:5-6 Echoes Deut 31:6-8 with God Jehovah being Jesus the Saviour. Heb 13:7 “We Christians have given you God’s word, now follow our faith to ‘the end’ in Jesus.”  Heb 13:8 This reinforces Jesus of Heb 4:8; 6:20; 10:19 and Heb 12:24 Heb 13:9 animal blood sacrifice no longer needed Heb 13:10-13 Paul uses familiar Jewish ‘shadow’ terms and phrases to describe Jesus Heb 13:14 Earthly Jerusalem is passing away Heb 13:15 Animal blood sacrifices have been replaced with lips of praise. Heb 13:16 God approves the sacrifices that support Christians Heb 13:17 See verse 7 Heb 13:18 A good conscience is the purged conscience () in Jesus. Heb 13:20  the Saviour in Jewish terms of shepherd, sheep, covenant Heb 13:21 Do God’s will like Jesus Heb 13:23 Timothy’s Jewish connection (2Tim1:5) helps Paul’s argument.

Connecting the dots …
Paul loves all Jews (Rom 9:3), but being rejected by the Mosaics, he writes to the Messianic in this Hebrew epistle, who, he hopes, just might hear him one last time before Jerusalem is destroyed. God knowing that some Jews would get ‘stuck’ in the Messianic kingdom of heaven gospel, and in danger of going back to Moses, lovingly gives them their own specially written kingdom of God gospel of ‘believe’, just prior to Jerusalem’s destruction.

In Hebrews, does Paul hint at any faith and works for the Tribulation Jew?

None whatsoever. God ceases to warn the Jew in this epistle, with their history of deafness toward God (Heb 5:11), as he only talks of “better promises” (Heb 8:6); of a better “new covenant” (Heb 8:8) where he’ll “…be to them a God…they to me a people’; ‘merciful to their unrighteousness’; ‘sins and iniquities …remember no more’ (Heb 8:10-12). That’s all they could hear (Mat 13:15) and wanted to hear. Warnings about their future tribulation of faith and works is not the purpose of this epistle.

What is the salvation doctrine of Paul’s epistle to the Hebrews?

Only one - “Jesus’ ‘rest’ is ‘the end’, resulting from your ‘labour’ unto (not into) ‘believing’ on him as Saviour”. Tribulation faith and works for salvation are absent from this epistle.

Can the Tribulation Jew be saved by grabbing a Bible and reading Hebrews and  adopting faith and works?

No, it’ll be too late. If any tribulation Jew attempts to prophecy or teach others about ‘enduring to the end’ (Matt 24:13), he will be ‘thrust … through’ (Zech 13:3) as God will open Jewish eyes not prophets or teachers.

Conclusion
For the Tribulation Jew, it will be a pointless exercise to study Hebrews for confirmation that he needs faith and works to be saved. Why? It’s not there! However, prior to the rapture, other passages (Matt 24, Mark 13, Luke 21, and the book of Revelation) clearly outline their salvation efforts required in the Tribulation.

In Hebrews, Paul gives the pre-tribulation Messianic Jew the salvation doctrine of ‘believe’. There is no mention of the doctrine of tribulation faith + works.

Please read on to other titles about this subject; When is the End not the End

Dear Reader, please read on To other titles in the BULLSEYE series …