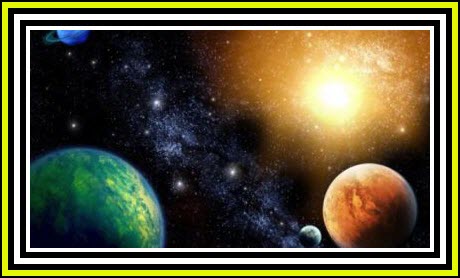 Darkness was upon the face

“Darkness was upon the face of the deep”

For the gappists, creation darkness is a sign of judgment. When they see the following the verse, they assume that this is the result of God’s judgment on the earth because of Lucifer’s rebellion.

Darkness, they say, represents a state of chaos, destruction and lifelessness and this is the opposite of God.

Are birds evil? Because birds are portrayed in the scriptures as representing sin, does this make them the embodiment of, or intrinsically, evil?

No, it’s the behaviour they display of suddenly appearing in trees, sometimes single and other times in flocks. They fly off suddenly, only to appear out of nowhere, and there are certain times of the day they appear. These observations can similarly be applied to sin.

Is yeast evil? In the Bible it represents sin and spiritual evil. The yeast itself isn’t and indeed is very useful in cooking. However, the parallel symbolism can be seen as to what yeast does, in that, it pervades all the bread and causes it to rise, and once in the bread it can’t be separated out. Now these characteristics can be applied to sin in man.

Is darkness is evil? We would suggest that people confuse the spiritual symbol with the reality of the physical. It is not the darkness per se that is evil, but what people do under the cover of darkness that is the problem.

So when God creates darkness in Genesis, and pronounces everything was very good (Gen 1:31) at the end of the sixth day, this would include the darkness.

So on the positive side, we all look forward to going to sleep every night and thank God for the darkness to give our eyes a rest. When God created man, he knew our bodies would need sleep and our need for darkness. So God’s creation of darkness was perfect for man.

Furthermore, being flesh and blood, it also reminds us that we tire very easily, and haven’t received our glorified bodies, and therefore we are not God. We need darkness – he doesn’t. God has been exceedingly kind to man with darkness.

God is light and in him is no darkness

This statement is absolutely correct, but his creation is different. When Moses came down the mountain, the people couldn’t look on him for the brightness that exuded from him as a result of his encounter with God. God had lightened the darkness of Moses.

When addressing the people, Moses wore a vail (Ex 34:33), but when he went in again and spoke to the Lord he took the vail off (Ex 34:34). The vail represented the protection that a ‘dark’ Israel needed, for to look on Moses, was like looking at God and no-one could do it.

Similarly, no-one can look directly into the sun for the possible damage to the eyes this should not surprise us, as Jesus is called the Sun of righteousness (Mal 4:2).

Pagan worship of the sun (Rom 1:25) and the Catholic monstrance, is proof that object is more important than the thing it represents.

But why create the earth without form?

Simple, to show who God is. In the beginning, Jesus created the earth without form and void, just as Jesus also creates man with a form out of formless dust. In fact, all creation is created and made and formed ex nihilo, out of nothing.

If everything had just been created perfect from the first second, and God could have, then God could not demonstrate who he was.

Now there is no darkness in God (1 Jn 1:5) however, God’s creation must have it to actually show that the creation isn’t God. Right here we have the rebuke of the pagan theory of Pantheism, that God is everywhere and in everything.

If there was no darkness, we would not have a physical creation but a spiritual one like the one coming up in the book of Revelation’s new Jerusalem.

The light of new Jerusalem will be God himself, as the city had no need of the sun, neither of the moon, to shine in it: for the glory of God did lighten it, and the Lamb is the light thereof. (Rev 21:23)

And there shall be no night there; and they need no candle, neither light of the sun; for the Lord God giveth them light: … (Rev 22:5)

No, the charge of sin is to be placed fairly and squarely at the feet of Adam. God never caused Adam to sin, God never led Adam to sin and therefore God is not to be accused of creating sin.

God is the killer, the destroyer and avenger not the devil or the ‘death angel’.

For the LORD will pass through to smite the Egyptians; and when he seeth the blood upon the lintel, and on the two side posts, the LORD will pass over the door, and will not suffer the destroyer to come in unto your houses to smite you. (Exodus 12:23)

He would have killed the Jews were it not for the blood.

Read the following scriptures, and see that it is God who kills and destroys the Egyptians with the plagues not the ‘death angel’ (a made up term found nowhere in scripture) or satan.

For I will pass through the land … and will smite all the firstborn (Ex 12:12)

and will not suffer the destroyer to come in unto your houses to smite you. (Ex 12:23)

Are we to believe that God sends the first nine plagues but he has to enlist the help of satan when he kills the firstborn? I don’t think so.

Is satan the destroyer?

Who killed the men of Bethshemesh?

And he smote the men of Bethshemesh, because they had looked into the ark of the LORD, even he smote of the people fifty thousand and threescore and ten men: and the people lamented, because the LORD had smitten many of the people with a great slaughter. (1 Sam 6:19)

By the way – who is the avenger in the cities of refuge? It’s God that chases the man into the city which is a type of Jesus. God is the destroyer that’s why man needs to flee to the blood for protection.

God sends Jesus to the cross

By the way, who killed Jesus on the cross? Was it the ‘death angel’? satan? No, it was God himself. Just as Abraham would have killed Issac, God demonstrates the act with Jesus. If God can kill his first begotten, he’s not too disturbed about killing firstborn Egyptians.

Who are we to fear?

… but rather fear him which is able to destroy both soul and body in hell. (Matt 10:28). We flee from and fear God’s wrath, not satan or a death angel, into Jesus.

God kills, is the avenger and the destroyer, he wounds, he creates darkness and evil for his glory.

Yes, darkness can be God’s judgment but not in the creation account.