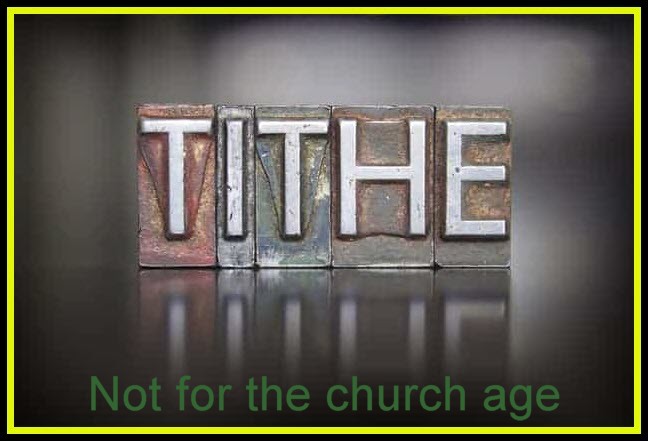 QUESTION: “HOW DO I TEACH TITHING?”

ANSWER: “YOU DON’T”
WHERE DID TITHING COME FROM?
It was the law that God required the Jews to perform under the old Covenant
And all the tithe of the land, whether of the seed of the land, or of the fruit of the tree, is the LORD'S: it is holy unto the LORD. Leviticus 27:30

BUT DIDN’T JESUS ENDORSE TITHING?
Yes. But Christ was fulfilling the law. Christ watched the widow give her “living” (Mark 12:44). Christians are set free of the tithing bondage … to now ‘give like a widow’.
SHOULDN’T A CHRISTIAN GIVE AT LEAST A TITHE?
Fearful pastors push this line to make you feel guilty. Put it this way – temporary Old Testament salvation cost ten percent but eternal salvation, under the new testament, is free. Now, what do you reckon it is worth never to be lost and not to burn in hell forever? 5, 10, 20, 50 or 100 per cent? Forget the pastor’s guilt trip - the Lord owns everything, including your soul. How much will you give him back?
BUT I STILL THINK THAT THE CHRISTIAN SHOULD PAY A TITHE.
Put it this way, if it was something so important you’d think that God would have allowed Paul to mention ‘tithing’ at least once (Read 2 Cor 8-9), but he doesn’t. Because a Christian has eternal security, God releases the Christian to cheerfully give to him for what he has done (2 Cor 9:6-7). The Jew was fulfilling the law with his tithe but with a grudging heart.
WHAT’S REALLY WRONG WITH TITHING? YOU CAN SUPPORT MISSIONARIES?
That might be so. But the Lord wants this support from cheerful giving not lawful tithes. Churches imagine their heavenly rewards because of the works that were performed under their tithes. God will take the glory, but Christians will go unrewarded. “Are ye so foolish? having begun in the Spirit, are ye now made perfect by the flesh? (Galatians 3:2)
“For as many as are of the works of the law are under the curse: for it is written, Cursed is every one that continueth not in all things which are written in the book of the law to do them.” (Galatians 3:10). If Pastors want to endorse tithing, they need to think about performing all the other aspects of the law.
BUT SO MANY PASTORS PREACH TITHING?
True. Let’s put it down to their ignorance of what the scriptures say or their fear that the church will go broke. Against a false religious back-drop of a church posing as spiritual Israel, pastors sinfully slip the tithing bondage in the back door.
BUT THAT WON’T BRING MUCH MONEY?
Maybe not. The church plans may suffer - carpets, expansions, overseas missions outreach. But there you have it – a tithing but lukewarm church. The Lord reveals their true heart. Does the Lord want a church with a fat budget and cold hearts?
WHAT DOES THE LORD SAY ABOUT THIS?
The Lord wants cheerful giving. The Christian owes the Lord 100%! The question is how much will you give me out of love, now that you can never be lost?”
HOW SHOULD A CHRISTIAN GIVE?
“…He which soweth sparingly shall reap also sparingly; and he which soweth bountifully shall reap also bountifully. Every man according as he purposeth in his heart, so let him give; not grudgingly, or of necessity: for God loveth a cheerful giver.” (2 Corinthians 9:6-7). Christians give cheerfully … not of guilt, fear, law or duty. 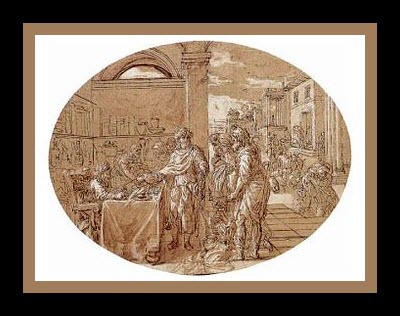 HOW DID TITHING ORIGINATE?