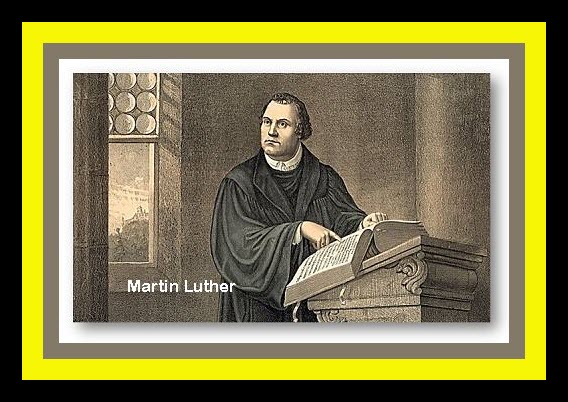 “JUSTIFICATION BY FAITH ACCORDING TO THE REFORMATION AND ST PAUL”

This means “How will you justify yourself to God? As a sinner why would God to let you into heaven?”
Both Roman Catholics and Christians agree that a man is justified by God’s work of grace.
But they are TOTALLY OPPOSITE as to how this comes about.
Catholics have it happening inside of man
For the Christian it happens outside of man and in Christ.

Roman Catholic theology has Gods’ work of grace within man and his human experience. This is the reason it is so destructive to Christian freedom. Man is a prisoner because he has become the center. He can never be free of himself. Catholicism then adds despair to grief by basing a man’s standing with God on what grace does within him. If a man’s acceptance with God depends upon God’s grace in his heart, he has to ask himself “How much grace do I need in me before I can stand justified before God? Before God will accept me how pure, loving, repentant and full of prayer must I be? This was Martin Luther’s dilemma. Did he have enough grace from God in his heart to be accepted by God. The opposite was the case - the more he looked into himself he was devastated at his own sinfulness, till he discovered he was “… justified freely through the redemption that is IN Christ Jesus.” (Rom 3:24) he was made free from the bondage of himself. Till then, his acceptance with God centered on Christ Jesus being IN HIM. Rome’s Jesus is the actual wafer that must be eaten.

HOW DO WE BECOME SINNERS BEFORE GOD?
To answer this question correctly will tell us how to get right (become righteous) before God. We are sinners because we are born sinners. We did not become sinners after we were born. This did not happen inside of us, it was given to us because of something outside of us – the first man Adam. The Bible says “For as by one man's disobedience (Adam) many were made sinners …” (Rom 5:19). Just as the whole human family of men came out of Adam, so his sin was passed down through his following generations. It is like a virus being passed on from computer to computer. Paul says “…that through the offence of one many be dead…” (Rom 5:15). This is called “The Law of Fatherhood” where children share the lot of the father. If a father is declared bankrupt, then the children are made poor because of their father’s poverty. Similarly, Satan causing Adam to sin, resulted in the whole human family being transferred out of God’s kingdom into his kingdom of darkness.

HOW DO WE BECOME SINLESS BEFORE GOD?
God reversed the fall of Adam by giving the human race another Father “For unto us a child is born … and his name shall be called The mighty God, The everlasting Father …” (Is 9:6). That’s right, Jesus is God and Jesus is The everlasting Father! God gave his only begotten Son to be our everlasting Father. Just as Adam is the father of the whole human race, God makes it possible for his Son Jesus Christ to be the Father, the new head, the new representative for sinners should they so believe on Christ.

THE LAW OF FATHERHOOD WORKS FOR GOOD AS WELL!
If Dad buys a new car, the children say “We have a new car!” even though the Father did all the work to earn the money for the car. Christ did all the work to obey and fulfil the laws of God perfectly. When Christ appeared before God’s courtroom of justice, he stood their as if he were everyman. His obedience was everyman’s obedience, as St Paul says “…by the obedience of one shall many be made righteous” (Rom 5:19).

If children damage your property, you seek justice by dealing with their father. You may rightfully ask the father to pay for all the damage done by his children!

So Christ taking on himself the full amount of our sin debt before God, paid it in full. If you will believe this, Christ’s victory then becomes your victory. This is what is called the gospel – the Good News. Christ our everlasting Father has restored all that was lost in Adam.

JUSTIFICATION BY FAITH ACCORDING TO ST PAUL AND THE REFORMERS