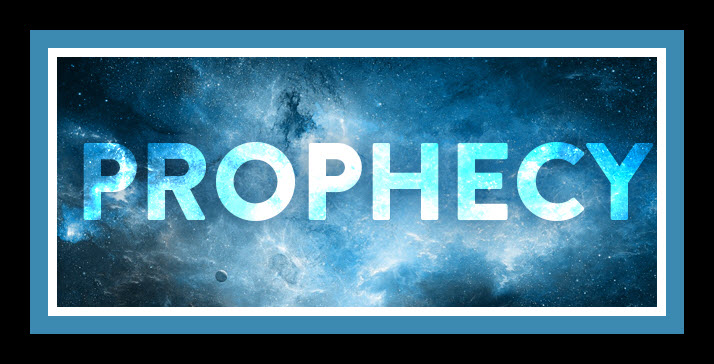 PROPHECY: WHY YOU CAN BELIEVE THE BIBLE

Every religion in the world says that they are right and other religions are wrong. How do we know which one is right? Just because you were born into a certain religion does not prove that religion to be the right one, even though you may want it to be.

God challenges all other religions, that claim to be the truth, to prove that if they are from God, they would be able to predict the future. None of us can correctly predict the future on every guess. Can you tell the future? Do you know what will happen tomorrow or next week?

The Bible is the only book in the world that correctly predicts the future hundreds of times without making any mistakes. No other book does this. The Buddhist, Hindu and Muslim writings have no cases of clearly fulfilled prophecies. This proves they are not from God. Any man can write a book with moral teachings. Only God can write a book that always correctly tells the future, 100% of the time, and hundreds of years before it happens, as the Bible does.

THREE TESTS TO PROVE THAT A PROPHECY IS FROM GOD

1. The prediction must come true

2. The prophecy must be given far enough before the predicted event, to exclude human guesswork.

3. The prophecy is to be exact, and must not be vague, uncertain or have several explanations.

IF THE ABOVE THREE TESTS CAN BE MET, IT PROVES …

1. God’s existence, as the infinitely superior mind and intelligence, behind the Bible

2. The Bible is God’s inspired word and without error

3. Jesus Christ is God that came in the flesh, as predicted in the Old Testament

4. All other Bible doctrines are true.

THE BUILDING OF THE TEMPLE

In 712BC, Cyrus, king of Persia, was predicted by name and what he would do, in that he would build the Temple at Jerusalem.

“That saith of Cyrus, He is my shepherd, and shall perform all my (God) pleasure: even saying to Jerusalem, Thou shalt be built; and to the temple, Thy foundation shall be laid …Thus saith the LORD to his anointed, to Cyrus … I (God) have even called thee by thy name: I have surnamed thee, though thou hast not known me (God).” Isaiah 45:1-4 Isaiah (44:28; 45:1,4)

Now, 148 years later, in 536BC, this is what exactly happened, the foundation of the temple was laid.

And again “And the LORD shall scatter thee (Israel) among all people, from the one end of the earth even unto the other…” (Deuteronomy 28:64)

In 1948 AD Israel was made an official State in the world by the United Nations. “For I will take you from among the heathen, and gather you (Israel) out of all countries, and will bring you into your own land.” (Ezekiel 36:24). There is a gap of 3,354 years between the prophecy in 1406BC and 1948AD.

A FEW PROPHECIES ABOUT JESUS CHRIST IN THE OLD TESTAMENT

Dr Peter Stoner, a professor of statistical probability, says that the odds of one man fulfilling all prophecies exactly as they are prophesied in the Bible, is 10157. Now 10 to the 50th power is written 1050, and is considered to be zero, as the probability of any event taking place, that is greater than 1050 can’t happen, as the total number of electrons in the known universe is only 1050 .

Also, there are also hundreds of other prophecies in the Bible regarding other men, places, times and events. One third of the Bible is prophecy. Not one prediction has failed. All have been correctly fulfilled. This proves that the author of the Bible is God, not of man or men. Only God alone knows the future.

From the table above, we see that the Bible has predicted hundreds of years ago, that God would send His Son Jesus to die on the cross for our sins. It all happened as God said to the very exact detail. So we can thank and praise God for the Bible. It is 100% true and it tells the future with 100% accuracy. God cannot lie. Your friends might lie, but the Bible says God cannot lie. The scriptures say “And now, O Lord GOD, thou art that God, and thy words be true … (2 Samuel 7:28). In the New Testament, we have “…hope of eternal life, which God, that cannot lie, promised before the world began” (Titus 1:2)

The THREE TESTS prove the predictions have come true, having been given far enough before the predicted event, and have been exact. Therefore, God exists, the King James Bible is inspired and without error; that Jesus Christ is God, and all other Bible doctrines are true.

Very shortly, Jesus Christ will return for the Christians at the rapture. As the Bible says “For the Lord himself shall descend from heaven with a shout, with the voice of the archangel, and with the trump of God: and the dead in Christ shall rise first: Then we which are alive and remain shall be caught up together with them in the clouds, to meet the Lord in the air: and so shall we ever be with the Lord. Wherefore comfort one another with these words.” (1 Thessalonians 4:16-18).

Dear Reader, you want to be in this number. You just don’t want to miss it. Why? The seven years after that, will have God pouring his wrath out upon the earth. Read about it in the Book of Revelation and indeed Matthew chapter 23-24. THESE FORETOLD EVENTS ARE NOT FAIRY TALES. They will be actual events that have been prophesied and WILL BE FULFILLED TO THE LETTER.