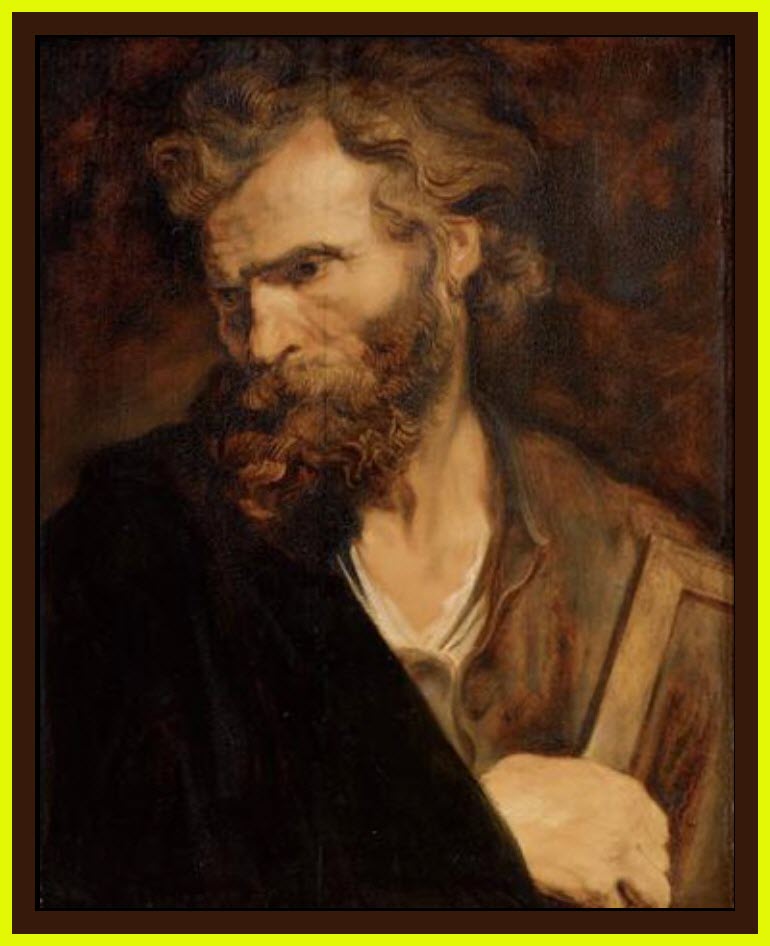 Debate has raged over the centuries, and still continues today, as to the identity of Jude.

There are seven possibilities:

1. Judas the Maccabee (167BC) the leader of the Jewish rebellion, dead. NO

4. Judas Barsabas (Acts 15:22) not a chosen apostle. Epistle writers are apostles. NO.

7. Judas, one of Mary’s sons, and the brother of James. POSSIBLE

As the first five are to be discarded as possibilities, we are left with 6 and 7. Are these two different men, or are they the same man? A careful study of the following table will reveal his identity.

And here dear Reader, we have the absolute 100% importance of ITALICS in the Authorized Bible, The King James Bible, The Holy Scriptures.

Without the italics of Luke 6:14 and Acts 1:14, we could only guess as to who Jude was, the writer of the general epistle of Jude.

These two scriptures categorically declare, that the Jude in question, is both an apostle and brother of James.

Firstly, they show that Lebbaeus Thaddaeus (Matt 10:3) is the Jude, who writes the general epistle (Jude 1:1).

Secondly, JUDE, THE WRITER OF THE EPISTLE JUDE, IS THE BROTHER OF JESUS.

Indeed, “Jude, the servant of Jesus Christ, and brother of James … “(Jude 1:1) is the brother of Jesus.

Indeed, all books of the Bible are written by Jews. The Bible is a Jewish book. Christ was a Jew. The world is to be saved by a Jew who will sit on a Jewish throne in Jerusalem.

Furthermore, all epistles are written by apostles and Jude is an apostle.

WHAT IS KNOWN ABOUT JUDE?

Very little. The man Jude is entirely in the background of the New testament. There are three mentions of him.

1. Jude didn’t believe in Jesus along with the rest of his brothers (John 7:5)

2. Jude speaks once when he speaks to Jesus on the way to his upcoming betrayal (John 14:22)

4. Jude is the servant of Jesus Christ and brother of James (v1), but does not state whether he is an apostle or not – although he is.

5. Being most familiar with the writings of the Old testament prophets, and their painting of catastrophic word pictures, he similarly hurls terms and phrases of terror against the enemies of the Lord, with absolute, and fearless, rugged boldness, endless energy and vehement fire.

6. Jude’s choice of words and phrases, are exactly those of Peter’s (see Appendix A for comparison). Indeed, Jude writes later than Peter, with the latter being written around 64-65AD. Jude uses Peter’s words as follows: ungodly men …lasciviousness … denying the only Lord God …. Angels being chained under darkness unto the judgment … Sodom and Gomorrah … filthy ….flesh …dominion … speak evil …dignities … brute beasts … spots … feast with you …feeding themselves … clouds … without water … dead … walking after their own lusts …their mouth … swelling words … having men’s persons in admiration …having not the Spirit … in the last time.

8. As with all of the apostles, Jude is not a “wilting wall-flower” and could be likened in many ways to Peter, and to the brothers James and John Zebedee, the sons of thunder, all being strong minded, apostles, very close friends and spending a lot of time with each other.

9. Jude has copied Peter words and phrases, and being younger, would have been a great admirer of Peter, being the leader of the apostles before Paul takes over the mantle.

10. If Peter is a warmed up version of Paul, which he isn’t, then Jude must be considered to be a fervent hot version of Peter.

11. Jude’s enemies are men who have crept into the church undetected, and who indulge their immoral flesh desires without restraint. These men are not proclaiming secret knowledge like the Colossian Gnostics, and they are not self-professed teachers or doctrinal scholars. No, these are men, whose lustful and immoral ways have their roots in perverted views of God’s divine grace and Christian liberty. Very similar to today.

Paul says What shall we say then? Shall we continue in sin, that grace may abound? God forbid… (Romans 6:1-2). Their reply is “It is not sin. We have liberty in the Lord. We have eternal salvation. There is nothing to fear.”

They act spiritual, pretend to have a knowledge of the scriptures and speak swelling words, however are nothing but clouds without water, raging waves of the sea, foaming out their own shame; wandering stars, to whom is reserved the blackness of darkness for ever.

His enemies are not theological or doctrinal, but are money hungry, envious and fornicating brutes, practicing with utmost licence, an unrestrained immoral life, under the cover of religion.

A COMPARISON OF JUDE, 1&2 PETER AND A BRIEF COMMENTARY

JUDE’S MESSAGE TO THE CHURCH BEFORE THE RAPTURE, that is, “IN THE LAST TIME”

After you eliminate the the King James Bible, all sins are possible.

1. Rife immorality. No marriage ‘piece of paper’ necessary. Living together is OK, as long as you only have one partner at a time.

3. Different Christ But there were false prophets also among the people, even as there shall be false teachers among you, who privily shall bring in damnable heresies, even denying the Lord that bought them, and bring upon themselves swift destruction. 2 Peter 2:1

5. Jealousy and envy were characteristics of Cain (Prov 27:4),

6. Rebellion of authority and the disputing of Moses by Korah (Num 16:32),

9. Unsound doctrine For the time will come when they will not endure sound doctrine; but after their own lusts shall they heap to themselves teachers, having itching ears; 2 Timothy 4:3

“THE BOOK OF HEBREWS”