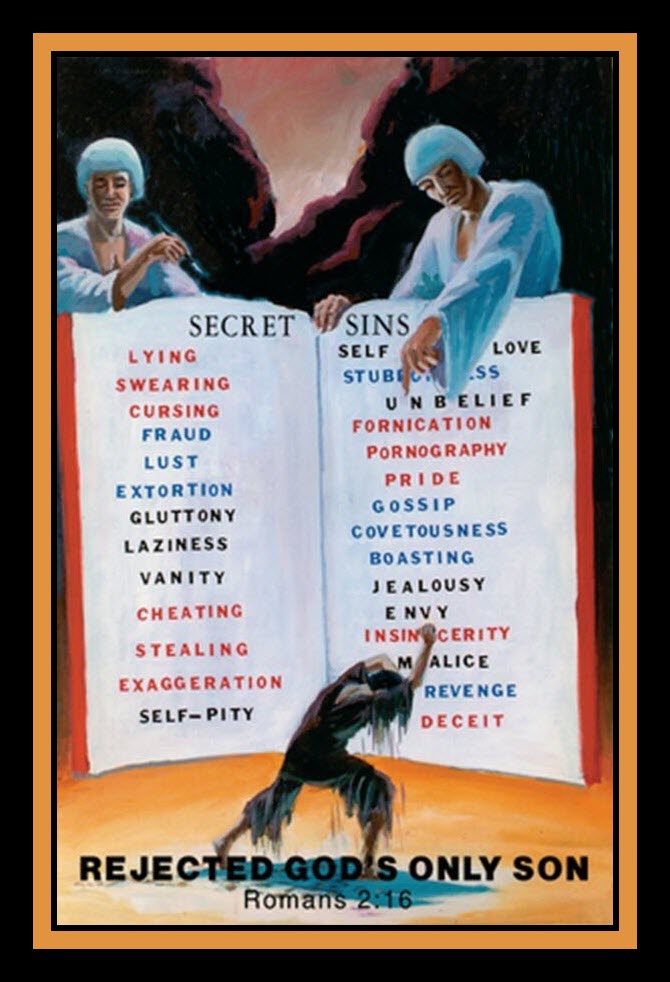 “WHAT IS IT? and HOW AND WHERE CAN YOU GET THIS RIGHTEOUSNESS?”

As our little human temple cannot contain all the righteousness of God, it is utterly impossible to stand before the Almighty God and be justified by a “within” righteousness. There is only one man that is the sum total of the saving righteousness we need. This is called “… the mystery of godliness that God was manifest in the flesh” (1Tim 3:16) because “…in him (Jesus) dwelleth all the fulness of the Godhead bodily.” (Col 2:9). Our justification can only be found in Jesus Christ.

As Jeremiah said “In his (Jesus Christ) days Judah shall be saved, and Israel shall dwell safely: and this is his name whereby he shall be called, THE LORD OUR RIGHTEOUSNESS.” (Jer 23:6).

The righteousness that justifies is never found in the believer but it always remains outside, external and extrinsic to him, and is found only in Jesus Christ.

THE REFORMATION BELIEF OF THE RIGHTEOUSNESS BY FAITH IN CHRIST

All throughout history, there have been God’s men and women that have known and taught the saving righteousness that is found in Christ Jesus, however it was Martin Luther that shone a light into the blackness of Roman Catholicism. Since the apostle Paul, he was the loudest and clearest voice that spoke against Rome’s internal righteousness. Luther said “This then is the amazing definition of Christian righteousness. It is the divine imputing or accounting for righteousness or unto righteousness because of faith in Christ. When the sophists (Romanists) hear this definition, they laugh, because they imagine righteousness to be a certain quality that is poured into the soul and then spread into all parts of man … Therefore this unspeakable gift excels all reason: God accounts and acknowledges him as righteous, that is having right standing with him, without any works who apprehends his Son Jesus Christ by faith alone.”

When John Bunyan heard a voice saying “Your righteousness is in heaven,” he was translated (delivered) out from the kingdom of darkness and stepped into the light of righteousness which is by belief (faith). He agreed with Luther when he wrote: “Indeed, this is one of the greatest mysteries in the world – namely, that a righteousness that resides with a person in heaven should justify me, a sinner, on earth.”

“Mark, the righteousness is still ‘in him’ (Jesus Christ) and not ‘in us’, even when we are partakers of the benefit of it, even as the wing and the feathers still abide in the hen when the chickens are covered, kept, and warmed thereby …” (Bunyan)

“It is absolutely necessary that this be known of us: for if the understanding be muddy as to this, it is impossible that such should be sound in the faith; also in temptation, that man will be at a loss that looketh for righteousness for justification in himself, when it is to be found nowhere but in Jesus Christ”

The gift of God’s imputed justifying righteousness comes from outside of us and never within the greatest saint. It is in Jesus Christ and no-one else.

This Reformation phrase meant “We are both sinners in ourselves and righteous before God, AT THE SAME TIME!” John Bunyan said “…Men can be justified from the curse of the law before God while sinners in themselves by no other than that long ago performed by, and remaining with, the person of Christ…”

This is made possible by the spiritual circumcision of the Holy Ghost that separates the saved soul from the sins that remain in the flesh (Col 2:11). Our separated saved soul is ‘trapped’ in a body of sinful flesh. We continue to sin but the real part of us, the soul, is saved.

The Christian’s righteousness can be described as extrinsic (from without, outside), alien (meaning foreign), imputed (meaning not infused into), passive (meaning not worked for), declared righteous (meaning not made internally righteous), objective (meaning not part of the human experience), vicarious (meaning performed by another, a substitute), ‘for us’ (meaning not ‘in us’), done and completed (meaning 2,000 years ago and not ongoing). These terms and more will be discussed in later articles.