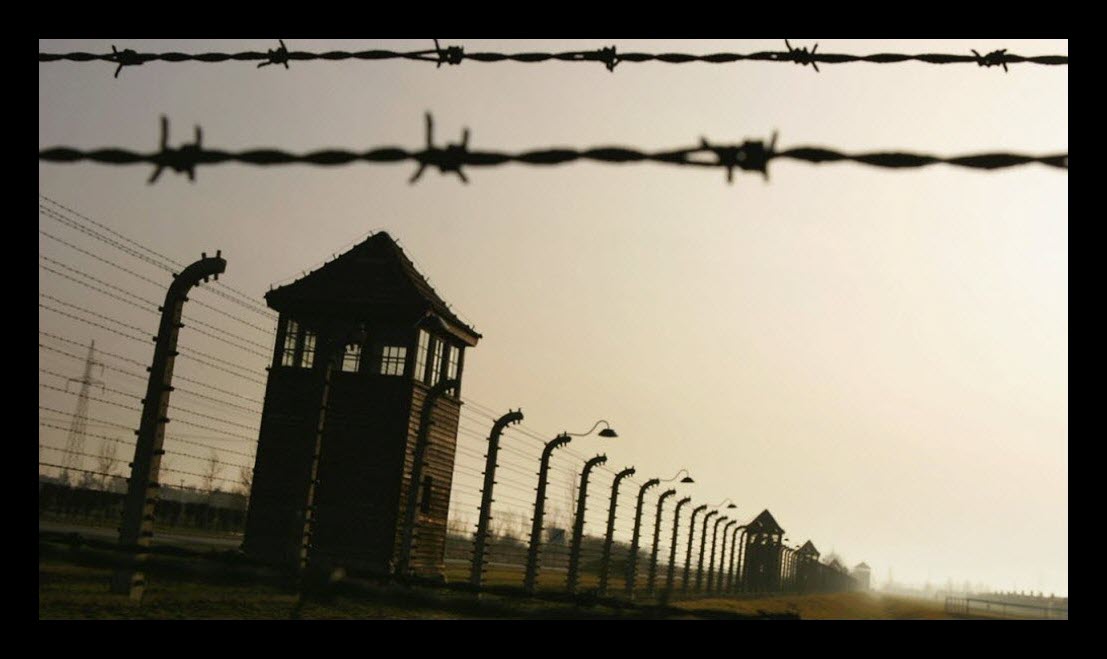 Gerhard Kittel, Adolf Hitler’s Propaganda High Priest, was convicted by the courts and put in prison for his part in killing 6,000,000 Jews. “This evil monster should have been put to death” many said, but here’s the surprise …. today, Gerhard Kittel is held in the highest esteem among New Testament Greek scholars.

Yes, that’s right, the unsuspecting Greek student drools and dreams of the day when he can own “The Ten Volume Set of the Theological Dictionary of the New Testament” written by none other than Adolf Hitler’s man himself – Gerhard Kittel.

Yes, this Nazi, though he was responsible for exterminating two thirds of Europe’s Jewish population, is currently worshipped as one of the world’s greatest Bible scholars.

HOW CAN THAT BE?
Of course, we are not to be surprised as the Bible says …
“For such are false apostles, deceitful workers, transforming themselves into the apostles of Christ. And no marvel; for Satan himself is transformed into an angel of light. Therefore it is no great thing if his ministers also be transformed as the ministers of righteousness; whose end shall be according to their works. (2 Corinthians 11:13-15)

“LIKE FATHER LIKE SON”
Ever heard of the saying “The fruit doesn’t fall far from the tree”?

Well, that’s right, and here’s proof. Gerhard’s dear ol’ Daddy Rudolf Kittel, as part of the pre-Nazi movement of the 1800’s, along with all the other anti-Semitic, unbelieving German ‘higher critics’, attacked, edited and changed the traditional and universally accepted Hebrew Old Testament text called the Ben Chayyim Masoretic Text and replaced it with the totally corrupted Kittel’s 1937 Biblica Hebraica.

Even the secular scholars admit Rudolf was an anti-Semitic liberal.

This means he did ‘the pea under the cup’ or ‘give the baby a rattle toy while taking his lolly’ routine with the Old Testament. The traditional text of the Old Testament used for thousands of years, was replaced by a Jew hating German’s version.

“BUT THIS IS UNBELIEVABLE!”
Isn’t it! And the Gerhard chip off the old Rudolf block carried on his satanic work and changed the New Testament.

BUT HOW COULD THE GERMAN PEOPLE BE FOOLED?
A ‘christian’ facade needed to be established so that a false bible could be produced. In order for Gerhard to get away with killing millions of Jews, he established a ‘christian’ foundation for opposition to the Jews. Gerhard Kittel is credited with giving theological respectability to killing the Jews.

BUT IT GETS WORSE!
As the result of his corruptions of the King James Bible, the New King James Version and all the new versions have been based on Gerhard Kittel’s writings.

WHO WAS MADAME BLAVATSKY?
She has been credited as the founder and mother of The Theosophical Society and the satanic new age of the mid 18th Century.

Adolf Hitler had a copy of her book called “The Secret Garden” which outlined the satanic notions of Aryan superiority and Jewish inferiority, on his bedside table.

Indeed he was a disciple of hers and was initiated into the secret doctrine of Aryan supremacy. No doubt her writings influenced Gerhard as his source for anti-Semitism.

THE JEWISH WAR CRIMES TRIALS
Gerhard defence at his trial was that his murderous actions toward the Jews was imposed on him by God. Adolf Hitler having received the Blavatsky’s hatred of the Jews, hired Gerhard to sanctify them with religion. He was able to convince the German public that obeying Hitler was the same as obeying God.

A NEW BIBLE PRODUCED
Gerhard Kittel was able to produce a new Bible version for Hitler which replaced Luther’s Die Heilige Schrift which was the equivalent of the King James Bible. After he joined the Nazi party in 1933, Gerhard produced the Ten Volume set of The Theological Dictionary of the New Testament

THE HOLOCAUST
According to Dr Josef Goebbels, Hitler was the reincarnation of Jesus Christ. Gerhard Kittel openly admitted to knowing about the mass murdering of the Jews.


Most Greek and Hebrew dictionaries and inter-linear Bibles have now adopted definitions based on Kittel’s expanded ten volume dictionary, which define words based on citations by ancient Greeks like Plato, Socrates and Aristotle.

One example will suffice: We have all heard bible teachers define the word “love” as ‘phileo’ or ‘agape’ as based on a Kittel like lexicon. However these definitions gleaned from Greek writers do not represent God’s use of the terms.

Dr Samuel Gipp, a former Bible College professor, has exposed the following verses among many others: