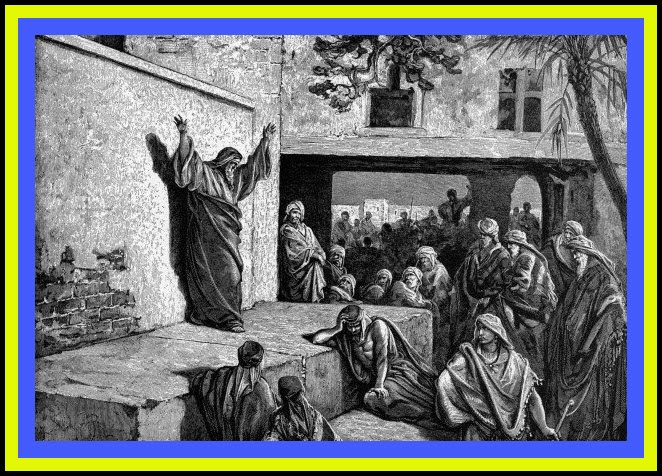 QUESTION: “WHY IS THE BOOK OF MICAH SO ASTOUNDING??”

ANSWER: “HE PINPONTS THE BIRTHPLACE OF CHRIST AND DESCRIBES CHRIST’S

The three wise men who came to see Christ would have had the scriptures of Micah, and the information contained therein, which would have pinpointed the location of the birthplace of Christ … that the future ruler of Israel was to be born in Bethlehem (Micah 5:2) and his everlasting reign to follow.

Micah prophesied during the reigns of three Southern kings (740-700BC) …
Jotham (a good king),
Ahaz (an extremely wicked king)
Hezekiah (a good king), about 130 years before captivity in Babylon.

In fact, he had prophecy for both kingdoms, Israel (North) and Judah (South), addressed at their capitals of Samaria (North) and Jerusalem (South), with three main ideas:

1. Their SINS
2. Their DESTRUCTION
3. Their RESTORATION

These topics in Micah’s book, are ‘mixed up’, with abrupt switches between their present desolation and future glory

Chapter 1 Samaria doomed
Samaria was the capital of the Northern kingdom.
It’s rulers were directly responsible for the national corruption (v5). Since their apostasy from God, 200 years before, they had adopted Calf Worship from their history in the desert (Ex 32:4)

Chapter 2 Brutality of the rulers
The wicked and corrupt rulers were taking the common man’s fields and house by force (v2) and ejecting women and children from their houses as well (v9).
Having mentioned their upcoming captivity, Micah tells a picture of God’s restoration for them with Jesus Christ as their head (v16)

Chapter 3 A horrible and graphic description is given of the rulers eating the flesh of people and children. This is not symbolic (v3) and Jerusalem will become a heap (v12)
Chapter 4 Zions universal reign – physical Israel on earth
This is a prophecy of Jerusalem which will be the happy, God fearing in Zion on earth, where swords will be beaten into farming equipment (v3). Micah then switches to informing them that Babylon will be their conquerors (v10), but then goes back to saying they will overcome all other nations (v13). This is an amazing prophecy as Babylon was already capturing Israel (Samaria) and taking all before them.

Chapter 5 Zion’s coming king
Micah tells them they will have a ruler out of Bethlehem … but they don’t know it will be Jesus Christ (v2-4) that will deliver them from the Assyrians (v5-6). This ruler, Christ, from Bethlehem will also be the child of Isaiah 9:6-7.

The following two scriptures describe the same ruler to come:

But thou, Bethlehem Ephratah, though thou be little among the thousands of Judah, yet out of thee shall he come forth unto me that is to be ruler in Israel; whose goings forth have been from of old, from everlasting. Micah 5:2

For unto us a child is born, unto us a son is given: and the government shall be upon his shoulder: and his name shall be called Wonderful, Counsellor, The mighty God, The everlasting Father, The Prince of Peace. Of the increase of his government and peace there shall be no end, upon the throne of David, and upon his kingdom, to order it, and to establish it with judgment and with justice from henceforth even for ever. The zeal of the LORD of hosts will perform this. Isaiah 9:6-7

Chapter 6 God’s controversy (anger) with his people
The sins of Jerusalem are listed. God has a controversy with them (his laws have been broken, quarrel, dispute). Ungratefulness, religious idolatry with statues of Omri still kept (a former king), corruption, lying, stealing etc. Absolute and certain destruction will follow (v16).

Chapter 7 Zions’ final triumph – physical Israel on earth
In spite of all these sins, the promise to Abraham will be fulfilled (Gen 12:2-3).

Who is a God like unto thee, that pardoneth iniquity, and passeth by the transgression of the remnant of his heritage? he retaineth not his anger for ever, because he delighteth in mercy. He will turn again, he will have compassion upon us; he will subdue our iniquities; and thou wilt cast all their sins into the depths of the sea. Thou wilt perform the truth to Jacob, and the mercy to Abraham, which thou hast sworn unto our fathers from the days of old. Micah 7:18-20

THE COMING PRINCE OF BETHLEHEM AND HIS UNIVERSAL REIGN