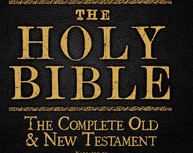 BULLSEYE!
ACCURATE BIBLE KNOWLEDGE!
“ARE CHRISTIANS UNDER THE NEW TESTAMENT or THE NEW COVENANT?”

QUESTION: Are Christians under the new testament or the new covenant?

ANSWER: The new testament. “Covenant” is a Jewish term and is never used for Christians.

EXPLANATION:
A covenant is an agreement between two parties, either of which can break, thereby making the covenant null and void.

Questions: “Can Christians lose their salvation and ‘get out of Christ’? No.

“Will Christ ever let the Christian go?” No.

Therefore, Christians are not under any covenant, let alone, the new covenant.

Rome’s bible, the New King James Version, has deliberately confused the meanings of the phrases “the new covenant” and “the new testament”, by making them equal.

Nothing could be further from the truth, as terms “the new testament” and “the new covenant” are chalk and cheese, and have different meanings and are for different times, as the following diagram shows:

The following chart shows the difference:

Indeed, Christ himself said his cup is the new testament, however Rome has the opposite, as shown:

So Christians are not to be surprised that Rome, with its prize publication, the NKJV, would seek to destroy the fundamental doctrine of eternal security, along with the doctrine of dispensations, and thirdly, to cast Israel aside with Rome’s false and corrupt doctrine of replacement theology.

Rome would pronounce an anathema (curse) on those who would say they have eternal security, and that is why the Pope promotes an on-going covenant salvation. It’s good for business ($).

In the Book of Hebrews, there is mention of the new covenant and the new testament with the following:

“And for this cause he (Christ) is the mediator of the new testament, that by means of death, for the redemption (for Christians) of the transgressions that were under the first testament, they which are called might receive the promise of eternal inheritance (Christians).” (Hebrews 9:15 KJB)

The new covenant for Israel comes into force during the 7 year tribulation when God says “…I will pour upon the house of David, and upon the inhabitants of Jerusalem, the spirit of grace and of supplications: and they shall look upon me whom they have pierced, …” (Zechariah 12:10 KJB)

Thinking that Paul’s epistle to the Hebrews is written to back-slidden Christians, which it isn’t, people see the phrase “new covenant” in the 8th chapter (Heb 8:8, 10), and assume it applies to them as Christians. Paul is simply addressing his Jewish readers with the fact, that God will give them the new covenant in the future seven year tribulation, however they can be saved under the new testament now (Heb 9:15).

If Rome can get Christians thinking they are under the new covenant, Christians will doubt their eternal security. Furthermore, if Rome can mix up the two different dispensations – that of the church age now, and that of the up-coming 7 year tribulation after the rapture, Rome can then convince people that God has finished with Israel, and that means, the church has replaced the Jew. These two blasphemous doctrines of Replacement Theology and Loss of Salvation, are 100% wrong and are to be totally rejected and condemned.