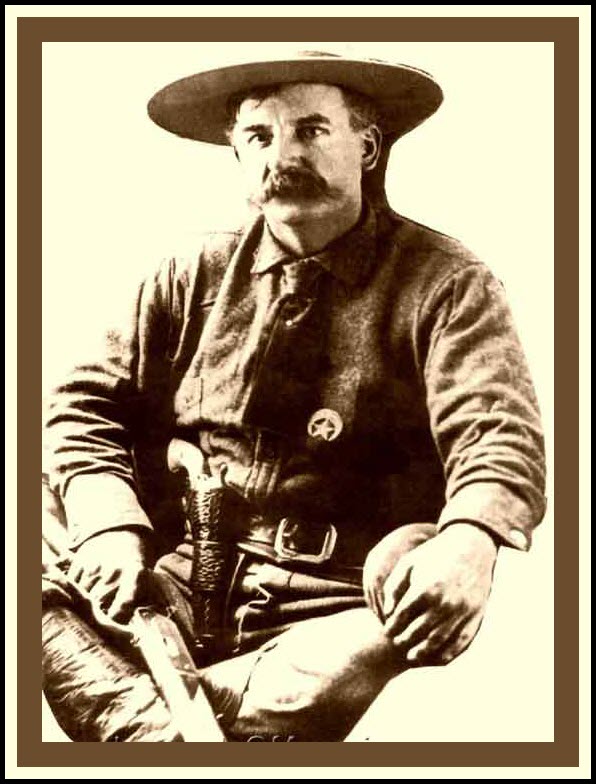 1:6  Wherein ye greatly rejoice, though now for a season, if need be, ye are in heaviness through manifold temptations:

1:7  That the trial of your faith, being much more precious than of gold that perisheth, though it be tried with fire, might be found unto praise and honour and glory at the appearing of Jesus Christ:

Have you got trials? Praise God. This is called putting money into your spiritual bank account in heaven. This is the real investment. Investment in Real Estate down here, or shares on the Stock Market are not investments at all.

Sufferings of Christ are an ensample and encouragement to us (1:11)

1:11  Searching what, or what manner of time the Spirit of Christ which was in them did signify, when it testified beforehand the sufferings of Christ, and the glory that should follow.

For as the sufferings of Christ abound in us, so our consolation also aboundeth by Christ. 2 Cor 1:5

As we suffer for Christ, was shall also be a “…a partaker of the glory that shall be revealed:” 1 Peter 5:1

1:20  Who verily was foreordained before the foundation of the world, but was manifest in these last times for you,

As God is eternal, he knows everything that will happen from the start to the finish of time. This is called foreknowledge. But he had only made one thing happen and brought it to pass, and this is called foreordination. God orders it beforehand, from before the time the world began. That is God orders that Christ will appear on earth.

1:24  For all flesh is as grass, and all the glory of man as the flower of grass. The grass withereth, and the flower thereof falleth away:

Anything you do down here in the world, that is not for the Lord, counts for nothing. Any glory down here simply glorifies the man and the world, and is worthless. This is very important to remember.

2:5  Ye ALSO, as lively stones, are built up a spiritual house, an holy priesthood, to offer up spiritual sacrifices, acceptable to God by Jesus Christ.

2:6  Wherefore also it is contained in the scripture, Behold, I lay in Sion a chief corner stone, elect, precious: and he that believeth on him shall not be confounded.

2:7 Unto you therefore which believe he is precious: but unto them which be disobedient, the stone which the builders disallowed, the same is made the head of the corner, 1 Peter 2:7

Peter says he is just one of the lively stones. He is not ‘the chief corner stone’ or ‘the head of the corner’ which are used to erect buildings, and the point from which all other measurements and directions are taken.

Yes, Christ knew no sin (2Cor 5:21), did no sin (1Pet 2:22), and in him was no sin (1John 3:5), Furthermore, he spoke no sin (1Pet 2:22). The Passover lamb in the Old Testament was examined for defects for four days before sacrifice. Christ, as the perfect Passover Lamb, was also examined for four days before the cross. When God sees the blood, he PASSES OVER that person. God has peace not wrath toward him.

2:24  Who his own self bare our sins in his own body on the tree, that we, being dead to sins, should live unto righteousness: by whose stripes ye were healed.
But he was wounded for our transgressions, he was bruised for our iniquities: the chastisement of our peace was upon him; and with his stripes we are healed. Isaiah 53:5

3:4  But let it be the hidden man of the heart, in that which is not corruptible, even the ornament of a meek and quiet spirit, which is in the sight of God of great price.

As the outward fashions of the world fade away, the finest ornament a woman can have is an easy state of mind, void of passion, pride, and anger, to be displayed in quiet behaviour towards their husbands, and indeed their families. This happens on the inside of the woman which is called the inner man.

3:19  By which also he went and preached unto the spirits in prison;

3:20  Which sometime were disobedient, when once the longsuffering of God waited in the days of Noah, while the ark was a preparing, wherein few, that is, eight souls were saved by water.

These spirits are the sons of God, angels, who left their first estate and had physical relations with the daughters of men. These are kept in chains of darkness.

That the sons of God (angels) saw the daughters of men (women on the earth) that they were fair; and they took them wives of all which they chose. There were giants in the earth in those days; and also after that, when the sons of God came in unto the daughters of men, and they bare children to them, the same became mighty men which were of old, men of renown. Genesis 6:2-4

And the angels which kept not their first estate, but left their own habitation, he hath reserved in everlasting chains under darkness unto the judgment of the great day. Jude 1:6

Christ went to declare certain things to these disobedient spirits. He didn’t go to ‘convert’ them or witness to them. Maybe he said “I am Christ. I was in heaven, you wanted to be like the most high, and you have now been thrown into this prison called hell. You will be thrown into the lake of fire.”

3:21  The like figure whereunto even baptism doth also now save us (not the putting away of the filth of the flesh, but the answer of a good conscience toward God,) by the resurrection of Jesus Christ:

Water baptism is a work not needed to get saved or stay saved. Paul said For Christ sent me not to baptize (with water), but to preach the gospel: not with wisdom of words, lest the cross of Christ should be made of none effect. 1 Corinthians 1:17. Many people would rather have the work of water as evidence of their salvation, than the inner change of the heart of true salvation.

Suffering helps to focus the mind and concentrate on the Lord. When in the ‘prison’ of suffering, we cry out with all our heart unto the Lord. Our minds don’t have time for sin.

4:8  And above all things have fervent charity among yourselves: for charity shall cover the multitude of sins.

Yes, charity is love between Christians. It’s a special kind of love and is best described in 1st Corinthians 13. Study Romans chapters 12, 14, 15 for a full description on how to be charitable, that is to love, to other Christians. Only the King James Bible uses this word “charity”.

4:12  Beloved, think it not strange concerning the fiery trial which is to try you, as though some strange thing happened unto you:

4:13  But rejoice, inasmuch as ye are partakers of Christ's sufferings; that, when his glory shall be revealed, ye may be glad also with exceeding joy.

When suffering for Christ we can be glad with exceeding joy. Suffering brought about by sin is not cause for joy.

5:2  Feed the flock of God which is among you, taking the oversight thereof, not by constraint, but willingly; not for filthy lucre, but of a ready mind;
Let the elders that rule well be counted worthy of double honour, especially they who labour in the word and doctrine. 1 Timothy 5:17

Feed God’s sheep with the word and sound doctrine.

1:20 Knowing this first, that no prophecy of the scripture is of any private interpretation.

1:21 For the prophecy came not in old time by the will of man: but holy men of God spake as they were moved by the Holy Ghost.

The Bible interprets itself. Proper study will reveal this. It is not to be privately interpreted.

False teachers in the last days (2:1)

2:1  But there were false prophets also among the people, even as there shall be false teachers among you, who privily shall bring in damnable heresies, even denying the Lord that bought them, and bring upon themselves swift destruction.

These people sneak into the church and are not saved. They just pretend to be. They teach wrong doctrine.

As stated before, 100% pure Christian doctrine is to be found only in Paul’s writings.

2:6  And turning the cities of Sodom and Gomorrha into ashes condemned them with an overthrow, making them an ensample unto those that after should live ungodly;

2:7  And delivered just Lot, vexed with the filthy conversation of the wicked:
2:10  But chiefly them that walk after the flesh in the lust of uncleanness, and despise government. Presumptuous are they, selfwilled, they are not afraid to speak evil of dignities.

These are male homosexuals. Sodomites. These belong to the LGBTIQ crowd. Birds of a feather flock together. They hate all authority but their own. As Paul says And likewise also the men, leaving the natural use of the woman, burned in their lust one toward another; men with men working that which is unseemly, and receiving in themselves that recompence of their error which was meet. Romans 1:27

The lie of the Gap Theory flood is exposed (2Pet 2:5; 3:5-6)
2:5  And spared not the old world, but saved Noah the eighth person, a preacher of righteousness, bringing in the flood upon the world of the ungodly;

3:5  For this they willingly are ignorant of, that by the word of God the heavens were of old, and the earth (the old earth) standing out of the water and in the water:

3:6  Whereby the world that then was, (the old world) being overflowed with water, perished:

The old world is Noah’s world, not the world between Genesis 1:1 and Genesis 1:2. The Gap Theory is just Satan’s theory.

3:3  Knowing this first, that there shall come in the last days scoffers, walking after their own lusts,

3:4  And saying, Where is the promise of his coming? for since the fathers fell asleep, all things continue as they were from the beginning of the creation.

What do people of the world say? “We’ve been here before. We’ll get through all this.” “The sun will shine tomorrow morning.” And so on.

3:10  But the day of the Lord will come as a thief in the night; in the which the heavens shall pass away with a great noise, and the elements shall melt with fervent heat, the earth also and the works that are therein shall be burned up.  3:13  Nevertheless we, according to his promise, look for new heavens and a new earth, wherein dwelleth righteousness.

This happens after the 1,000 year reign of Christ on earth. Fervent heat is extremely hot heat.

3:16  As also in all his (Paul) epistles, speaking in them of these things; in which are some things hard to be understood, which they that are unlearned and unstable wrest, as they do also the other scriptures, unto their own destruction.

It took Peter 5 years to come to the knowledge that there was no such thing as “unclean” food, and 10 years for the fact that Christians were not 2nd class citizens and should be accepted by God.

As Paul takes over the mantle of chief apostle with his first trip in 45AD, Peter drops into the background for about 15 years. He then re-surfaces with 1&2 Peter.

Peter was a little slow initially but is earnest in his pursuit of the truth of Paul’s doctrine. He ends up writing from the far-flung region of Babylon - of all places!