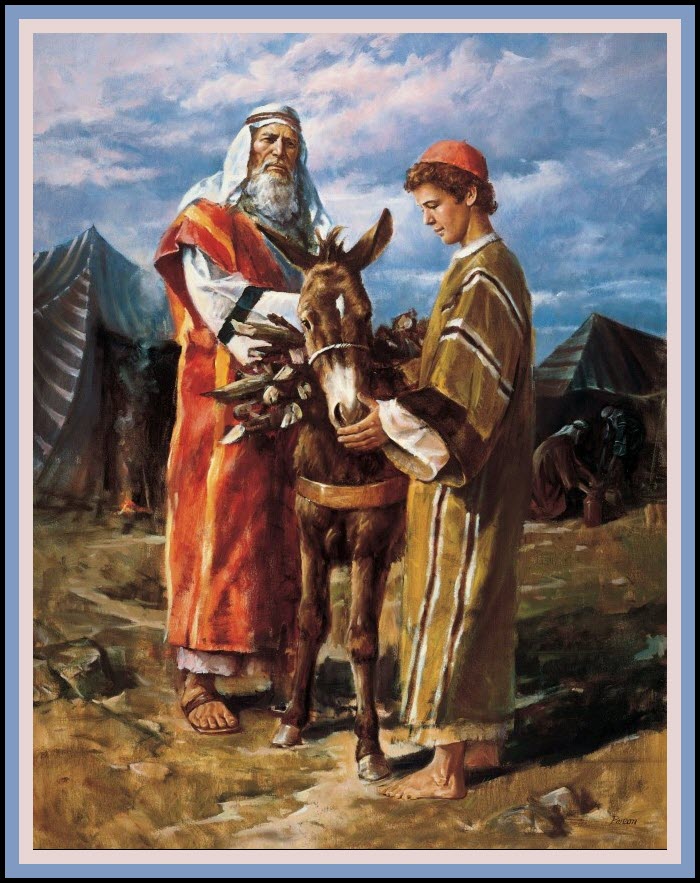 QUESTION: “I’VE FOUND A MISTAKE IN THE BIBLE! ROMANS SAYS ABRAHAM WAS NOT JUSTIFIED BY WORKS, BUT JAMES SAYS HE WAS!”

ANSWER: THERE IS NO MISTAKE – THEY BOTH ARE CORRECT.

EXPLANATION:
For if Abraham were justified by works, he hath whereof to glory; but not before God. Romans 4:2
Was not Abraham our father justified by works … when he had offered Isaac his son upon the altar? Jam 2:21

There seems to be a contradiction until you realise
1. Abraham was declared justified on two separate occasions.
2. The word “justified” can be used other than for salvation.

The word “JUSTIFIED” means to be “DECLARED RIGHT”.
Abraham was justified when first believing and then by working by obeying orders.

Seest thou how faith wrought with his works (Abraham), and by works was faith made perfect? And the scripture was fulfilled which saith, Abraham believed God, and it was imputed unto him for righteousness: and he was called the Friend of God. Ye see then how that by works a man is justified, and not by faith only. (Jam 2:22-24)

Can you see Abraham’s faith is made “more” perfect with the work of Isaac.Now the Christian life is to be like this as well as the following diagram will show:

WHY IS CHRIST MADE PERFECT IF HE ALREADY WAS?
Now Christ was always perfect from the day he was born till his death on the cross. So why does the scriptures say that Christ was being made perfect if he was all his life?

And being MADE perfect, he became the author of eternal salvation unto all them that obey him; Heb 5:9

Until Christ had fulfilled the law at the cross, he was daily fulfilling the law in an ongoing basis. It is as if he is perfect one day, and then ‘more’ perfect the next day, and then even more perfect the next day after that and so on. If it makes sense, although being perfect, he was continuously being made perfect as the following diagram shows:

Though he were a Son, yet learned he obedience by the things which he suffered; Heb 5:8 and therefore was continuously, on-going, made perfect.