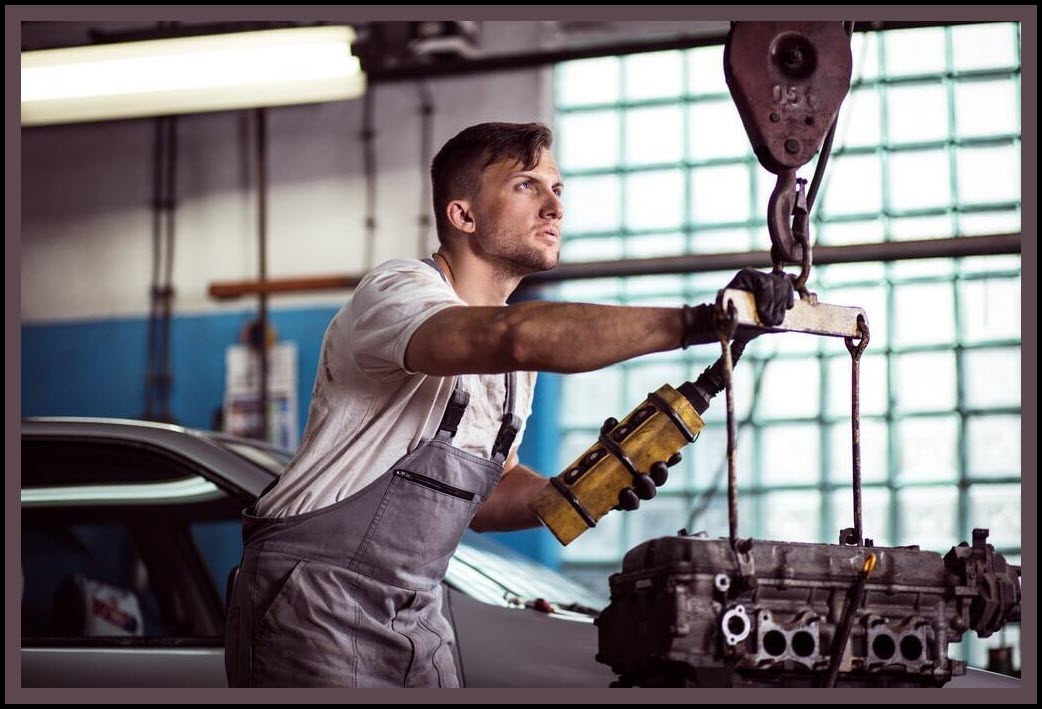 QUESTION: “HOW MANY REPLACEMENT THEOLOGIES ARE THERE?”

EXPLANATION:
People have heard of Replacement Theology whereby certain Christian churches have wrongly decided that God has finished with Israel and replaced them with the Christian church.

The second and third Replacement Theology are more subtil than the first (Gen 3:1; Prov 7:10) and are called REVERSE REPLACEMENT THEOLOGY (RRT) whereby the cancerous tentacles of the Messianic Jewish doctrine of the kingdom of heaven found in the Book of Matthew, spiritually and practically, infects and strangles the Apostle Paul’s kingdom of God theology for the Christian, as found in his fourteen books. Furthermore, Peter’s gospel to the men of Israel (Acts 2:38) is also a third RRT.

REVERSE REPLACEMENT THEOLOGY (RRT) can be likened to a virulent parasitic tapeworm living in the bowels of a healthy person and the effects are two fold
1. It gets stronger and stronger
2. The person, in this case the church, grows more weak, loses energy, become listless and eventually ‘dies’.

I’VE NEVER HEARD OF THIS?
The Replacement Theology church operates according to the following tenets, to name a few:-

1. They’ve taken over ‘tongues’ which were meant for the Jew only at Pentecost. What is spoken today is nothing more than “baby babble”.
2. They don’t believe the King James Bible in which Israel and the Jew will be graffed back into Jesus Christ.
3. They confuse the words ‘covenant’ and ‘testament’, with covenants being exclusively used for the Jew.
4. They assume they are the true spiritual Jew
5. They misapply the book of Joel as applying to the Christian church.
6. They steal the exclusive Jewish term of ‘sign’ for the church.
7. They misappropriate physical healing from the Old Testament covenants.
8. They can’t understand the Book of Hebrews.
9. They help ship the Jews back into Israel thinking they are helping them get home.
10. They take ‘tithing’ from OT law and place it into the church.
11. They join with Rome (who seek to exterminate the Jew) thinking that the church and Roman Catholics have been filled with the same spirit.
12. They are unable to tell the Messianic Jew that he’s lost and headed for hell.
13. They fail to rightly divide the word and mix OT dispensations with Paul.
14. They misappropriate the Book of Malachi into the New Testament.
15. They take the prosperity of the OT Jew under the old covenant and put it into the New Testament … and the list goes on.

SO WHAT IS REVERSE REPLACEMENT THEOLOGY?
The reasoning goes something like the following:-
“What could be better than Christ?”
“Who could be more perfect than Christ?
“What better truth is there than what Christ spoke?
“What better doctrine could we live our lives by, than what was spoken by Christ?
“Surely we must follow Christ, the Son of man?
“Surely we must be like Christ, the Son of man?
“As Christ is our Saviour, then what he said must be pure, precious, absolutely true, like gold and beyond reproach in any shape or form?

ARE YOU NUTS? HOW CAN SOMETHING BE ABSOLUTELY CORRECT AND WRONG AT THE SAME TIME?
Let me put it this way.
Suppose there were two physical education coaches, one over 90 years of age and an expert in Gerontological (geriatric) anatomy, and the other, a 21 year old straight out of University and headed for a gold medal at the Olympics, but both experts in their respective fields of exercise physiology and aerobics instruction.

Now there are two groups of people who need to be told about exercise and its benefits  - one group consisting of 90 year olds and the other group of 20 year olds headed for the medals at the Olympics.

Now suppose you were in charge of assigning which coach to which group. I think the choice would be obvious.

Correct! You match according to age and ability with the up and coming Games star appointed to the younger group. Advice and information that would be suitable for one group will not be for the other.

I’M STILL VERY CONFUSED
What each of them would say would be 100% absolutely correct, but it would not be appropriate for the other group – do you agree?

WELL YES, BUT WHAT HAS ALL THIS GOT TO DO WITH REPLACEMENT THEOLOGY?
There are two expert coaches in the Bible – one is Jesus Christ and the other is Paul and they both talk to two entirely different groups of people about different things. Christ comes to talk about the law and unsaved Jews fulfilling it, and Paul writes to the churches about Christian doctrine and how they should live, now that the Old testament law has been fulfilled by Christ. It’s as if you have a relay race, where one runner hands the baton over to the next runner.

As the scriptures say

Now I say that Jesus Christ was a minister of the circumcision (the Jew) for the truth of God, to confirm the promises made unto the fathers: Rom 15:8

Jesus Christ comes to earth to be the Messiah for the Jew – not the Gentile.

That I should be the minister of Jesus Christ to the Gentiles, ministering the gospel of God, that the offering up of the Gentiles might be acceptable, being sanctified by the Holy Ghost. Rom 15:16

The Apostle Paul is given the task of catering to the non-Jew, that is, the Gentile.

JESUS CHRIST WAS A JEW
1. He was not a Christian - he was an Old Testament law abiding Jew according to the law of Moses.
2. He was pork abstaining – he didn’t eat pigs or any other unclean animal
3. He kept the Sabbath – he worshipped on Saturday
4. He went to the Jewish temple to worship as a Jew as instructed in the law of Moses.
5. He endorsed the killing of animals, such that, their blood be used to cover past sins, that is, for the remission of sins past. This went on ‘ad infinitum’ – day after day after week after week after year after year.
6. He completely fulfilled the 693 laws as contained in the Old Testament – that is, he not only completed the Old Testament law to the letter, but he fulfilled it because he loved it with the right heart attitude
7. He confirm the promises made unto the Jewish fathers such as Abraham, Isaac and Jacob by fulfilling their prophecies concerning him.

PAUL WAS A CHRISTIAN.
He takes the relay baton off Christ after the cross and writes his dispensation of the gospel given to him with his first book of Galatians around 50AD. This is approximately 16 years after the cross.

SURELY BOTH PAUL AND CHRIST SPEAK THE SAME THING?
They do and they don’t! There are two completely different groups – the Jews and the Gentiles!

Yes, there are some things that can are spiritually the same, that is mutually inclusive, like two intersecting circles of a Venn Diagram, and then there are mutually exclusive instructions and doctrine for the two different groups!

Christ speaks to unsaved Jews who need to believe in him, that is, he is fulfilling the law on their behalf, while at the same time, they go to the temple to sacrifice animal blood for their past sins.

Paul writes to the Christian churches with Christians who are already saved. Christians believe that Christ has 100% fulfilled the law on our behalf and has shed his perfect blood for past and future sins.

Dear Reader, I ask you could you get any more different coaches than these two speaking to two entirely different groups of people? You couldn’t.

Wouldn’t it make sense that what Christ had to say to the Jews would not be relevant to unsaved Gentiles?

Now having dealt with the first RRT, let’s look at the third as contained in Acts 2:38.

“Repent of your sins, get water baptised and you will receive the Holy Ghost.”

So how can what was preached by Peter in Acts 2:38 be the same as the gospel of Paul?

Here’s the order of events:

1. Israel reject Jesus Christ in setting up his kingdom of heaven here on earth
2. After the cross, Peter is given the task of preaching to the men of Israel with an interim gospel before Paul takes the reins with Paul’s gospel.

This is a time of different variations of Christ’s gospel leading up to Paul, and no Christian in their right mind will tamper with these variations to be suitable for the unsaved today.
3. Halfway through Acts Paul takes over from Peter with the start of three trips and the pure waterless gospel needed for today.

But churches today would have us believe that the doctrine Christ gave to the Jews would be the same doctrine he would give to Peter, let alone to the Gentiles.

Dear Reader, there are three main gospels given in Acts.

Talk about a regular minefield?

Christ’s kingdom of heaven doctrine is a REVERSE REPLACEMENT

Peter to the men of Israel is another REVERSE REPLACEMENT

The church has lost it’s way.

“For the time will come when they WILL NOT endure sound doctrine; but after their own lusts shall they heap to themselves teachers, having itching ears;” (2 Timothy 4:3)
Yes Dear Reader, this is not just ignorance, but WILLing ignorance!