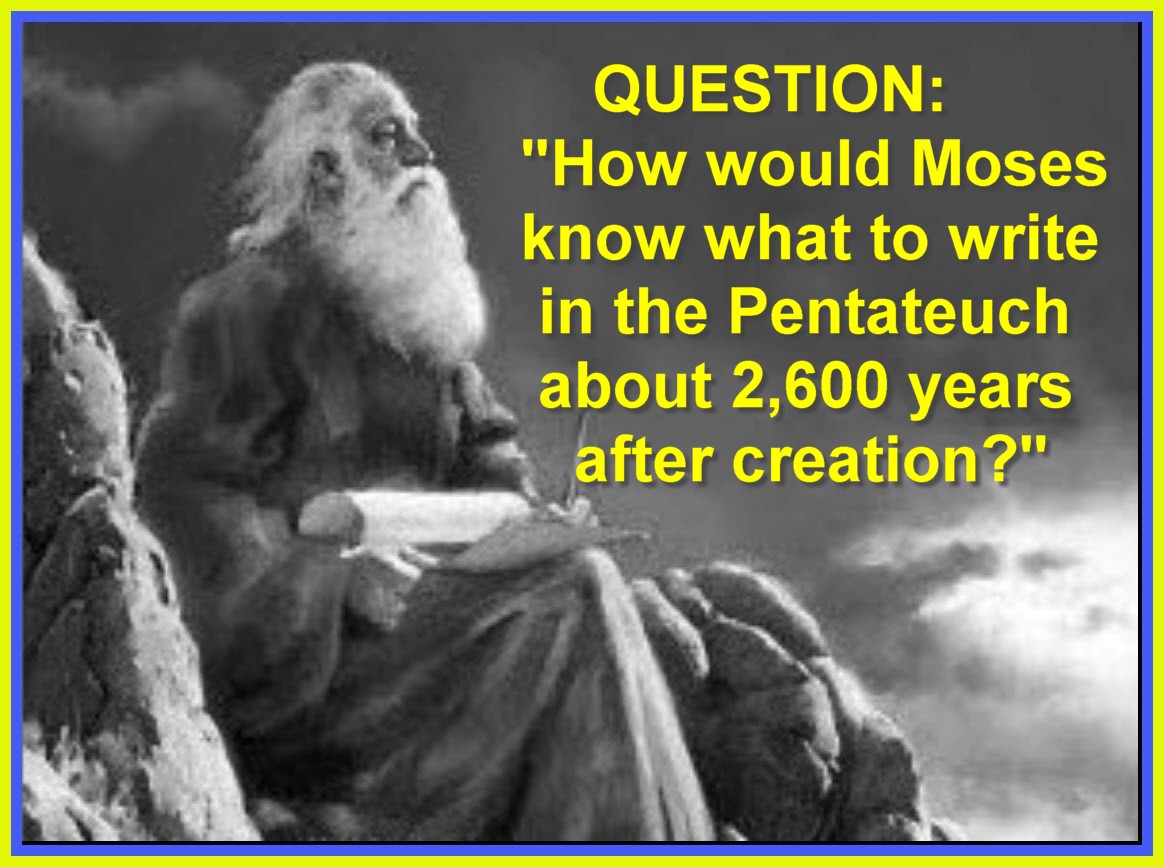 QUESTION: “How would Moses know what to write in the Pentateuch about 2,600 years after creation?”

ANSWER: Simple! Adam wrote all things down, and these documents and books were handed down to Noah, and then to Abraham, and so on down to Moses.

DID ADAM KNOW AND METHUSELAH? Yes, they overlapped by 243 years!!

Adam handed over all his books and documents to Methuselah and who then handed them to Noah and so on down the line.

But could Adam write?
Of course. That’s just an old wives tale that he couldn’t. Adam was born with perfect reading and writing skills. God spoke to Adam with words containing vowels and consonants.

The Jewish Rabbis in the Middle Ages were readily convinced of the lie that God spoke without using vowels! These Rabbis were only too willing to listen to the higher German critics of the time, and in suiting their own purposes, they were able to eliminate references to the coming Messiah.

If we use the English as an example did God talk to Adam as follows” Hardly! Words need vowels and gaps in between words.

Imagine that, taking out the vowels from the following: “And God blessed them, and God said unto them, Be fruitful, and multiply, and replenish the earth, and subdue it: and have dominion over the fish of the sea, and over the fowl of the air, and over every living thing that moveth upon the earth.” (Gen 1:28)

As someone once said -

“Ahh! The lies that critics use to discredit the Bible!”