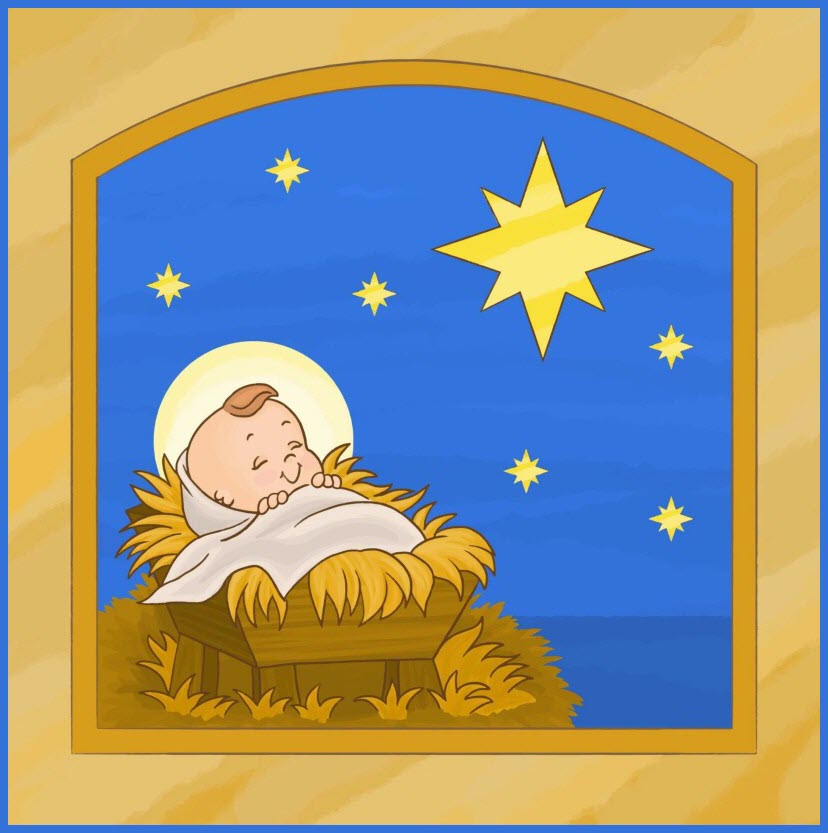 QUESTION: “MUM, IF WE LOVE LITTLE BABY JESUS AT CHRISTMAS, WHY DON’T WE
LOVE HIM NOW HE’S GROWN UP?”

ANSWER: “WE DO BUT HE GOT TOO BIG FOR HIS BOOTS!”

A CONVERSATION BETWEEN A CHILD AND HIS MOTHER:

Child: “Well, it’s the presents, and holidays and all that, but also I like the camels and the sheep and the little baby Jesus in the manger.”

Child: “Was I like that Mum – you know, helpless, wiggly fingers, squiggly toes, eyes clamped shut …”

Child: “So what happened to little baby Jesus?”

Mum: “I think he just grew up and became a carpenter.”

Child: “So do we still love him Mum?”

Child: “Does he still help us?”

Mum: “Oh yes! He was a good man and showed us how to live the right way. You know it’s not right to steal off other people and we try not to lie. Things like that.”

Child: “So how come they killed him?”

Mum: “He started to upset people and ran around telling people he could forgive their sins.”

Mum: “It’s when you don’t live up to your own standards – you know we all have to be better people, and if we don’t then, to us, it’s a sin. You know, ‘turn over a new leaf’ and New Year resolutions and all that. Look, you’ll find that out as you get older.

There are some things you do that hurt other people and you just wish you’d never done it.

Anyhow, apparently only God can forgive sins, but he was running around with this sign on his head saying “I am God because I can forgive people their sins”. So they decided to kill him.”

Mum: “Jesus said he could save people from going to the flames of hell after they died.’

Mum: “Because God won’t let sinners into heaven. Anyhow, only real bad people go to hell. We’re not as bad as some people.”

Mum: “Because God is pure and holy and we’re not.”

Mum: “Look! What’s with all the questions? He said to everyone ‘Believe in me and that I can save you from burning in hell.’ It’s like he was saying you owe me big time! I own you! I’ll decide where you’re gonna go when you die.”

“I mean that’s too much He got too big for his boots! Something happened to him … he suddenly got all these delusions of grandeur and puffed himself up.”

“So basically … that’s it! Jesus was a good man, went around helping people, he showed us that we all have to be better people … but asking him to save us from hell it’s just too much. But really going around saying ‘I’m so loving you owe me your life! Only I can save you from hell! Believe on me and I’ll have a word to God in heaven so he won’t throw you into hell!’ ”

“HE DEMANDED TOO MUCH!”

“Anyhow, God can’t be that cruel … burning people forever! As I said, we’ve all got to be better! No-one’s perfect! But this all or nothing thing is just a bit too much for my liking! Look son, do your best and just hope everything will work out for good. That’s my motto! We’ve all got a life to live and get on haven’t we?”

“ANYHOW SON ... THAT’S WHY WE’VE GONE OFF JESUS. THE ONLY SAVIOUR OF THE WORLD? WHAT ABOUT ALL THE OTHER RELIGIONS OUT THERE?

YOU CAN’T TELL ME THEY’RE GOING TO HELL … ARE THEY?”

“As they say “He was one of three things – a liar, a lunatic or God himself. What do I think? Look, he didn’t lie, he wasn’t a lunatic but he wasn’t God. He just got all puffed up about himself.

Bit like a politician I guess … although you have to wonder about their mental health and telling porkies!”

“I mean Jesus can’t just run around and tell everyone that you must have him as Saviour or he’ll throw you into hell! It’s too much! What! He owns everybody and all their possessions as well!”

“Look! I’ll admit that I’ve sinned … but I’m not as bad as some people; I’ll go so far as to say if there is a hell, it’s for really bad people; and if there is a heaven, we all want to go there … but don’t tell me Jesus is the ONLY WAY!”