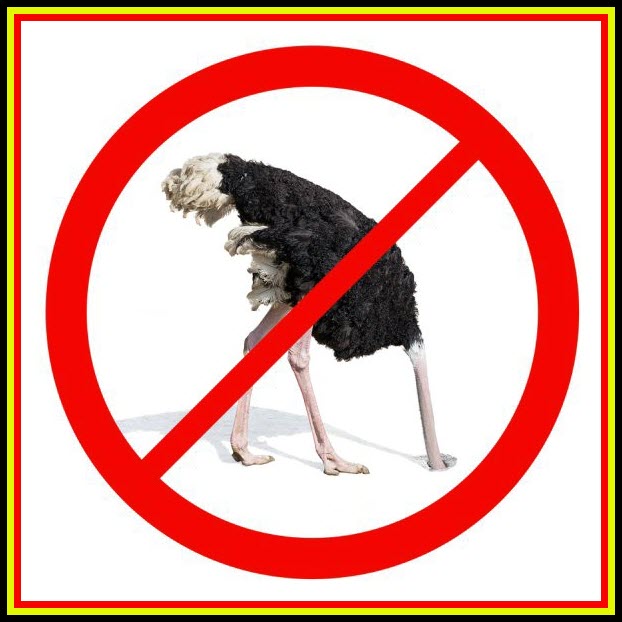 QUESTION: “HAVE WE BEEN WARNED OF THE LAST DAYS?”

Now unless you’ve been living on another planet, you just know something’s not right.

But it’s all OK! Just keep doing what you’ve been doing all along … you know … those 7 things.

1. EMU SYNDROME - “If I just ignore it, it’ll go away”
2. CONSPIRACY THEORY - “They didn’t land on the moon”
3. FIREWALL your inner-self with some Oriental mind trick with positive self-affirmations
4. COMFORT yourself with “We’re all in this together” and “We’ll get through all this”
5. KEEP BUSY – bucket lists, reading, gym, education, hobbies, travel, dating sites, watch television.
6. GET ON THE GROG … or weed … or ice
7. COMMIT SUICIDE

Now smart phones are great because you can watch trailers of the movies coming up.

God also has a trailer of what is coming up very shortly, and it is found in the Bible.
You see, the Bible is not just a book of faith, it’s a unique history book telling us of what is to come. It’s called PROPHECY. Yes, the Bible tells the future before it happens.

They are as follows:

1. RUSSIA: Russia has already annexed the Ukraine (called Gomer in the Bible) which is directly above Israel.
This is a preview of events in the 7 year Tribulation, which happen after the rapture of all true Christians from the earth (1Thessalonians 4:16-18). Russia, with the outside ring of Arab nations (Sudan, Iran, Libya, Turkey) will attack Israel, in the first half of the seven year tribulation, but will be repelled.

At the end of the tribulation, Russia, along with the rest of the Arab nations, will again come against Israel, only to be defeated at the Battle of Armageddon. All these events are covered in Ezekiel chapters 38 and 39, with Gog of Magog being Russia, Gomer as Ukraine, Persia as Iran and Togarmah as Turkey.

Son of man, set thy face against Gog, the land of Magog, the chief prince of Meshech and Tubal, and prophesy against him, And say, Thus saith the Lord GOD; Behold, I am against thee, O Gog, the chief prince of Meshech and Tubal: And I will turn thee back, and put hooks into thy jaws, and I will bring thee forth, and all thine army, horses and horsemen, all of them clothed with all sorts of armour, even a great company with bucklers and shields, all of them handling swords: Persia, Ethiopia, and Libya with them; all of them with shield and helmet: Gomer, and all his bands; the house of Togarmah of the north quarters, and all his bands: and many people with thee. Ezekiel 38:2-7

2. CHINA: With its expansion of a military base into the South China Sea, China is giving the world a preview as the world’s ‘bully’ nation. The Belt Road is the renewed Old China Road from Beijing to Jerusalem, which is to be constructed to invade Israel at the end of the 7 year tribulation, together with all the nations along the way. This group of attacking nations China are called the kings of the East.

And the sixth angel poured out his vial upon the great river Euphrates; and the water thereof was dried up, that the way of the kings of the east might be prepared. Revelation 16:12

3. ROME: With the exposure of Rome’s unspeakable crimes against children, and her murder of Christian saints throughout history, God calls her the whore of Babylon, as that is where she originally came from. Rome has ‘fornicated’ with all the nations of the world and is doomed for terrible destruction (Revelation 17:1, 15, 16; 19:2)

And he saith unto me, The waters which thou sawest, where the whore sitteth, are peoples, and multitudes, and nations, and tongues. Revelation 17:15

For true and righteous are his judgments: for he hath judged the great whore, which did corrupt the earth with her fornication. Revelation 19:2

3. ON-LINE BANKING AND THE MARK
We all know about the mark that is to come. Credit cards, on-line banking, fit-bit watches with financial details, along with a cashless society, all point to the soon coming of the mark, which will be implanted into your wrist or forehead, without which you will not be able to buy or sell. And that no man might buy or sell, save he that had the mark, or the name of the beast, or the number of his name. Revelation 13:17. Also study Revelation 13:16,17; 14:9,11; 15:2; 16:2; 19:20; 20:4.

4. ‘CLIMATE CHANGE’ WITH DROUGHTS, FLOODS, HURRICANES, LACK OF WATER, DISEASES (EBOLA, SARS, SWINE FLU, COVID 19)
Should you be concerned over the current fake climate change, you definitely need to pay attention to what is coming up with the real climate change in the seven year Tribulation, along with thirst, famine, plagues and so on.

5. LGBTQI
To find out what does God think of sodomites (homosexuals) we need only refer to the events of Sodom and Gomorrah in the Old Testament. (Genesis 13:10,13;19:24)

And he looked toward Sodom and Gomorrah, and toward all the land of the plain, and beheld, and, lo, the smoke of the country went up as the smoke of a furnace. Genesis 19:28

HOW DO YOU AVOID ALL THIS?

Simple, get saved and go in the rapture beforehand.
You must get saved. Neither is there salvation in any other: for there is none other name under heaven given among men, whereby we must be saved. Acts 4:12

AND IF I DON’T?
God will cast you into hell. You see God himself became a man, Jesus Christ, who did no sin and knew no sin. He then paid the penalty for your sins on the cross with his shed blood. Those who go to hell have said “God, I reject your way into heaven. I’ve got my own religion. I will get there my own way. I reject your righteousness.”

LOOK, YOU’RE JUST PREACHING FEAR!
Correct. There’s plenty of fear out there, but the wrong sort. There’s no fear of God.
And fear not them which kill the body, but are not able to kill the soul: but rather fear him (God Almighty) which is able to destroy both soul and body in hell. Matthew 10:28