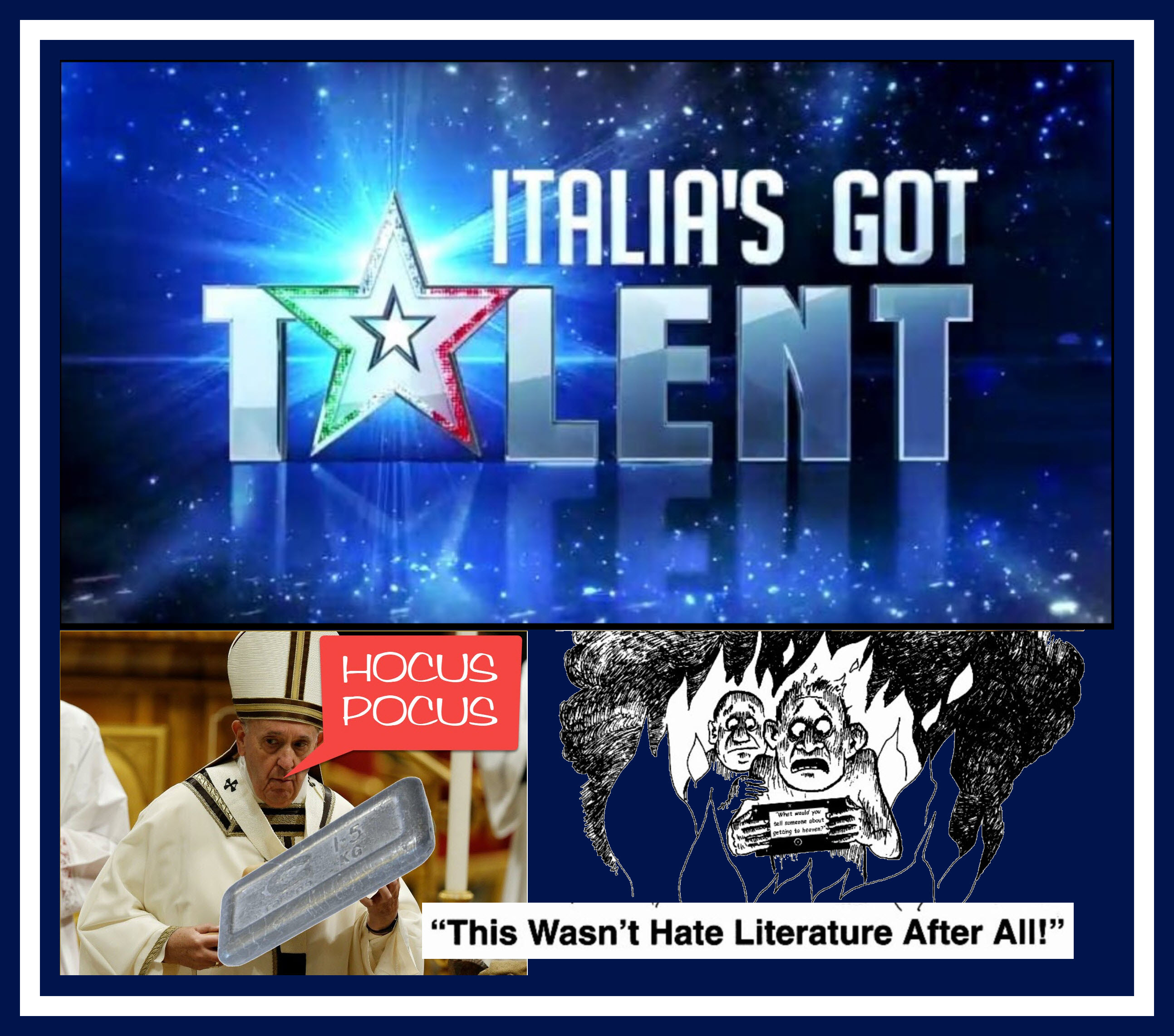 STORY 1: Did you hear the one about the magician who waved his hands over a heavy lump of lead saying “Hocus Pocus”, and convinced himself that he’d changed it into an actual lump of gold. He then took this lump of ‘gold’ to the bank and said to the teller “Put the value of this ‘gold’ into my bank account, I believe it’s worth $1,000,000.”

The teller replied “Sir, it looks like a lump of grey lead. It’s worthless!”

The man got agitated and demanded to see the Manager of the bank.

The Manager also agreed with the teller that it was worth nothing and asked the man to leave.

Raising his voice, the man yelled “I’ll sue you” and proceeded to call his lawyer. Whereupon, the Manager called the police and they put him in jail. They then referred the man to a Psychiatrist who promptly pronounced him mentally insane.

(The first men to try this were the 17th century alchemists who failed to transform worthless minerals like lead into more precious substances like gold. After all they reasoned “If the Pope can turn bread into Jesus’ actual body and grape juice into his actual blood, how difficult can it be?”

STORY 2: Anyhow, did you also hear about the Roman Catholic priest who waved his hands over a wafer biscuit saying the Latin “Hoc est corpus” (yes Dear Reader, this is where magicians get the phrase “Hocus Pocus from) and convinced himself that he’d changed it into the actual physical body of Christ. He said “Dear congregation, here is the actual body of Jesus and his actual blood. Let us eat Jesus’ actual body and drink his actual blood.”

Someone called the Police. They came and charged the lot of them with cannibalism.

The judge gave them all ten years in prison and the priest got twenty.

Now cannibalism, as you know, is eating the flesh of actual people, and is against the law. The police charge such people with murder and put them in jail for a very long time. And rightly so. So why don’t the Police raid Roman Catholic Cathedrals and churches and shut them down because they eat human flesh? Couldn’t they be charged with eating the actual body of Jesus every day and drinking his blood? Surely a crime most heinous!

But Rome insists that Jesus’ actual body be eaten and his blood to be drunk. They wrongly reason, that with Jesus inside of you, you will be as sinless as he, and you will be acceptable to God in heaven. You can then stand before God, and justify yourself with “God I am sinless! I have just eaten Jesus.” Whacky! Fruit Loops! What should we do? Call the men in white coats?

BUT HANG ON … HERE’S A THOUGHT!

If a Roman Catholic priest can turn the wafer into Christ himself, the Roman Catholic church will never run out of money!  I mean surely some of the Vatican brains have thought of this? I mean, there’s a lot of that mineral lead out there,

I mean, as the Pope gets on in age, you know on his ‘last legs’, if they can just prop up him up, mash up his food, wipe his mouth and clean his teeth,

I mean, how easy is that! Look at all that potential gold!

I mean as the saying goes “He wouldn’t have to work again, would he?”

to win first prize on that TV show - “Italy’s Got Talent!”

I mean he wouldn’t have to sing or dance or anything – he’d just mumble the magic formula. I mean it wouldn’t take that long would it, just a few seconds, and then he  could toddle off back to bed with a glass of warm milk? 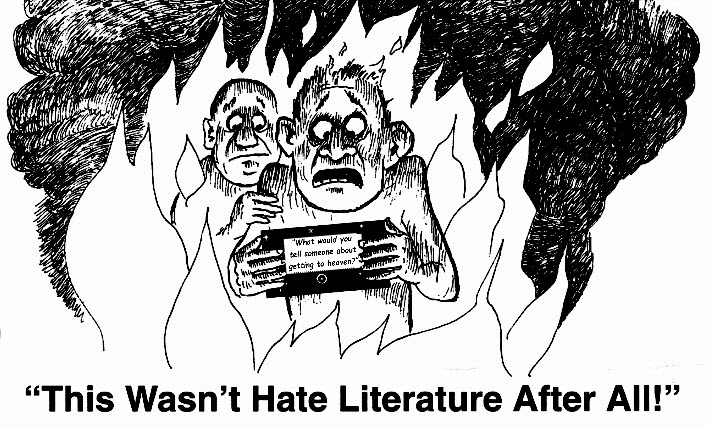