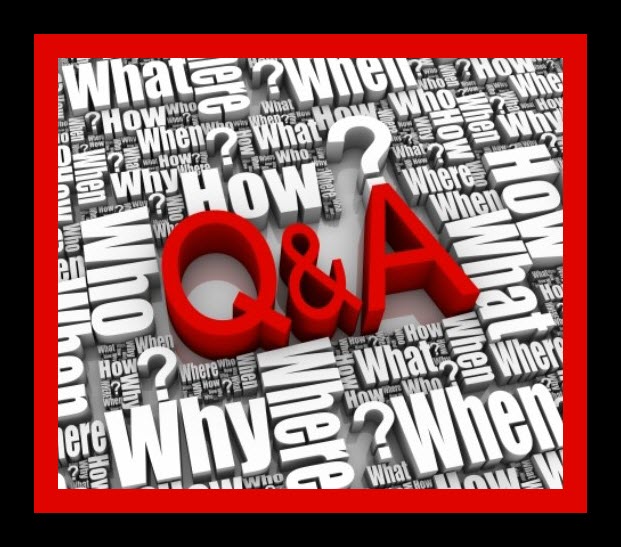 Question: “CAN A CHRISTIAN LOSE THEIR SALVATION?”

Answer: We’ve all seen the fifty scripture verses as to why a person can’t lose their salvation and these are extremely valuable.

But there is a dilemma for the Christian. Saved people get upset because they can’t live a perfect life without sinning and hence say “Well if I’ve been saved, why then do I keep on sinning? Surely this means I’ve lost my salvation?”

Paul explains that a saved person is made up of two people. There is that part of him that delights in the law of God after the inward man (Rom 7:22) but also there is that part which brings him into captivity to the law of sin in his members (his body) (Rom 7:23). Paul concludes that with the mind I serve the law of God, but with the flesh the law of sin (Rom 7:25)Have you heard of the phrase “A dog has fleas to let it know that it is still a dog?” Similarly, God has his plan to allow a Christian the option of sinning just to let him know he has not yet received the sinless state of a glorified body.

This is not water baptism, but a spiritual baptism by the Holy Ghost that spiritually places a believer into the death of Christ when he believes the gospel (Eph 4:5; Rom 6:3). 4 Therefore we are buried with him by baptism into death: that like as Christ was raised up from the dead by the glory of the Father, even so we also should walk in newness of life.

This is a spiritual, not physical, resurrection for the Christian 6 Knowing this, that our old man is crucified with him, that the body of sin might be destroyed, that henceforth we should not serve sin.

7 For he that is dead is freed from sin.

A Christian has been delivered from the power of continually sinning.

The question then arises for the Christian, who has a particular stronghold of sin in their life “How badly do I want to be rid of it?”. God will deliver but old habits must be given over and many Christians are not ready for this to happen. “Lord, please deliver me from this evil, but don’t ask me to totally hand over my life!”

8 Now if we be dead with Christ, we believe that we shall also live with him:

This is spiritual at the moment. Christ sits at the right hand of God the Father in heaven, and Christians are spiritually in Christ.

9 Knowing that Christ being raised from the dead dieth no more; death hath no more dominion over him.

Similarly, a Christian being spiritually in Christ, will also die no more.
10 For in that he died, he died unto sin once: but in that he liveth, he liveth unto God.
11 Likewise reckon ye also yourselves to be dead indeed unto sin, but alive unto God through Jesus Christ our Lord.
Dear Reader, can you see this?

In summary, as Christians, we have been spiritually put into Christ’s death.

Now, as Christ can die no more, we will also no more die spiritually.

Indeed, just as Christ has been raised from the dead, we also have been spiritually raised into life, even though we are trapped in a body of sin of which we daily groan to be rid of.

This means that spiritually speaking, a CHRISTIAN CAN NO LONGER DIE AND HAS ETERNAL SECURITY AND SALVATION.

Question:  WHY WOULD GOD TORMENT SOMEONE IN THE ETERNAL BURNING FLAMES OF HELL?

This question is generally asked by those who fail to understand the incalculable and unimaginable cost to a pure, holy and sinless God. This cost involved becoming a sinless man and shedding his blood on a cross for the sins of the world. Furthermore, man fails to grasp the magnitude of God’s love, heaven, as being equal and opposite to his wrath of eternal physical burnings in hell. Simply put, if you don’t want his love in Jesus Christ, you can have his wrath.

Two inadequate human examples that would illustrate this truth, are given as follows:

1. A judge, having sentenced a criminal to death, would then choose to die in his place.
2.  A parent that would willingly send their own precious and lovely son or daughter, to die a torturous cross death, for the sins of others, having been mercilessly whipped and wearing a crown of thorns.

However, this only scratches the surface, in that God himself  “…manifest in the flesh…” (1 Timothy 3:16) as the sinless Jesus Christ, was “…made … to be sin for us, who knew no sin; that we might be made the righteousness of God in him.” (2 Corinthians 5:21). This is the real price God had to pay.

Be under no illusion, it is the sinner who will choose to go to hell by rejecting God’s offer of salvation, as God says “… I have no pleasure in the death of the wicked; but that the wicked turn from his way and live…” (Ezekiel 33:11). He adds, “The Lord is not slack concerning his promise, as some men count slackness; but is longsuffering to us-ward, not willing that any should perish, but that all should come to repentance.” (2 Peter 3:9).

In addition, it is not only the unimaginable pain of eternal burnings, but the intense and mind numbing regret of refusing God’s salvation gift, in knowing that you could have been in heaven, were it not for your stubborn pride. Oh, the eternal agony that you let the opportunity go by!!!

To the reader who would say “I don’t believe God will torment me in hell fire forever!” we say “Don’t be too hasty - one second after you die, you will quickly change your mind!” Dear Friend, be encouraged to receive Jesus Christ as your Saviour as “… God commendeth his love toward us, in that, while we were yet sinners, Christ died for us.” (Romans 5:8)

Dear Reader, where will you spend eternity? In the eternal flames of hell or with God in heaven? Indeed, the Lord GOD says “…despisest thou the riches of his goodness and forbearance and longsuffering; not knowing that the goodness of God leadeth thee to repentance?” (Romans 2:4).

“Why are you Christians so arrogant, that you think you’re the only ones going to heaven and that we’re all going to hell?”

We live in a world that now values the tolerance of all things above God’s truth – where ALL opinions are considered valid and where there is no absolute truth anymore. We have to tolerate everybody’s ideas about religion.

Now, in response to his desert temptations, Jesus chose to quote the scriptures, thereby magnifying God’s truth above his own name and opinions (Psalm 138:2). We shall do likewise.

If you agree that Jesus was a good man (at the very least), and good men never lie, he therefore must have been telling the truth when he said “… I am the way, the truth, and the life: no man cometh unto the Father, but by me.” (John 14:6).

But you do see, that with this one statement, Jesus showed an absolute intolerance, and so called arrogance, of all other faiths, religions and beliefs. If Jesus were to walk on the earth today, he would definitely be called intolerant and arrogant.

Now, it is understandable that non-Christians may misinterpret the Christians’ exclusive and sure belief of a home in heaven, as arrogance, however as we would therefore urge the unsaved reader to “… Believe on the Lord Jesus Christ, and thou shalt be saved …” (Acts 16:31), that you too, may also have the same assurance of your home in heaven.

For as the scriptures say “Neither is there salvation in any other (Jesus): for there is none other name under heaven given among men, whereby we must be saved.” (Acts 4:12)


Question: “If you believers think that all your sins past, present and future are forgiven, then what stops you from murdering, raping and robbing banks?”

Answer: Nothing, but the believer had better tread very, very carefully. God will actively judge him. He may get sick and God may take his life, but he will go home to heaven.

When a person gets saved, God puts in that person, the Holy Ghost (God’s holy Spirit), such that his Spirit puts in that believer, a desire to please God, by obeying God through his word (the Bible).

If a believer chooses to disobey God’s word, God promises to chasten him. Chastening is God’s correction to a wayward believer, to get him back on the ‘straight and narrow’.

If a believer continues to disobey, God says “Be not deceived; God is not mocked: for whatsoever a man soweth, that shall he also reap.” (Gal 6:7). As Paul the apostle says “… many are weak and sickly among you, and many sleep.” (1Cor 11:30).

This means that continual disobedience weakens the body and can result in death (sleep). God may take the believer’s life, but he will go home to be with the Lord in heaven.