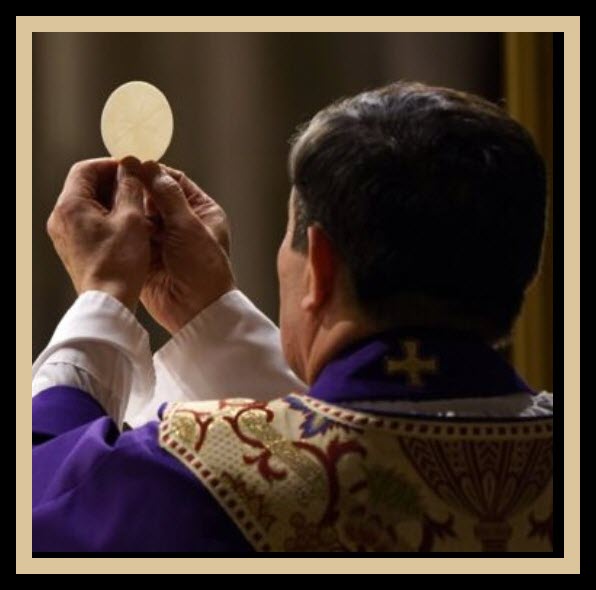 Apart from sentiment and prejudice, we are living in a time when the distinction between Roman Catholicism and Christianity means very little in the minds of most people. The question remains “Are there any real barriers to a union with Rome?”

The following questionnaire on “Justification by Faith” will help you decide your position as to whether you are a Catholic or a Christian.

In each of the following ten choices, mark either (a) or (b), whichever is correct. The answers are given at the end of this article.1. (a) God gives a man right standing with himself, by mercifully accounting him innocent and virtuous.

(b) God give a man right standing with himself, by actually making him into an innocent and virtuous person.

2. (a) God give a man right standing with himself, by placing Christ’s goodness and virtue to his credit.

(b) God give a man right standing with himself, by putting Christ’s goodness and virtue into his heart.

3. (a) God accepts the believer because of the moral excellence found in Jesus Christ.

(b) We receive right standing with God by faith which has become active by love.

4. (a) If a Christian becomes “born again” (regenerate, transformed in character), he will achieve right standing with God.

(b) If the sinner accepts right standing with God by faith, he will then experience transformation in character.

5. (a) We receive right standing with God by faith alone.

(b) We receive right standing with God by faith which has become active by love.

6.  (a) We achieve right standing with God, by having Christ live out His life of obedience in us.

(b) We achieve right standing with God, by accepting the fact that he obeyed the law perfectly for us.

7.  (a) We achieve right standing with God, by following Christ’s example by the help of his enabling grace.

(b) We follow Christ’s example, because his life has given us right standing with God.

8.  (a) God first pronounces us that we are good in his sight, then gives us his Spirit to make us good.

(b) God sends his Spirit to make us good, and then He will pronounce that we are good.

9.  (a) Christ’s intercession at God’s right hand, gives us favour in the sight of God.

(b) It is the indwelling Christ that gives us favour in God’s sight.

10. (a) Only by faith in the doing and dying of Christ, can we fully satisfy the claims of the Ten Commandments.

(b) By the power of the Holy Spirit living in us, we can fully satisfy the claims of the Ten Commandments.

It comes as a surprise to many Christians that Rome will freely quote from the Bible on the matter of salvation by grace and agree with the New Testament writers on the following:

Being justified freely by his grace through the redemption that is in Christ Jesus: (Rom 3:24)

I am crucified with Christ: nevertheless I live; yet not I, but Christ liveth in me: and the life which I now live in the flesh I live by the faith of the Son of God, who loved me, and gave himself for me. (Galatians 2:20)

For by grace are ye saved through faith; and that not of yourselves: it is the gift of God: Not of works, lest any man should boast. (Ephesians 2:8-9)

Not by works of righteousness which we have done, but according to his mercy he saved us, by the washing of regeneration, and renewing of the Holy Ghost; Which he shed on us abundantly through Jesus Christ our Saviour; that being justified by his grace, we should be made heirs according to the hope of eternal life. (Titus 3:5-7)

HOW CAN THIS BE? HAVE CATHOLICS BEEN MISJUDGED?

In his Doctrinal Catechism, Stephen Keenan makes this startling presentation:

“Q. What is justification?

A. It is a grace which makes us friends of God.

Q. Can a sinner merit this justifying grace?

A. No, he cannot; because all the good works that the sinner performs whilst he is in a state of mortal sin, are dead works, which have no merit sufficient to justify.

Q. Is it an article of the Catholic faith, that the sinner, in mortal sin, cannot merit the grace of justification?

A. Yes; it is decreed in the 7th chapter of the 6th session of the Council of Trent, that neither faith nor good works, preceding justification, can merit the grace of justification.

Q. How then is a sinner justified?

A. He is justified gratuitously by the pure mercy of God, not on account of his own or nay human merit, but purely through the merits of Jesus Christ; for Jesus Christ is our only mediator of redemption, who alone, by his passion and death, has reconciled us to his Father.

Q. Why then do Protestants charge you with believing that the sinner can merit the remission of his sins?

A. Their ignorance of the Catholic doctrine is the cause of this, as well as many other false charges.”

WHAT IS ROME’S JUSTIFICATION?

In the words of their own apologists, Rome’s doctrine of justification is “the heart of Catholic teaching.” Without question, the church teaches that justification is by an act of God’s grace. Stephan Keenan has a point when he says that Protestants often show their ignorance of Catholic doctrine.

Rome does not teach, and never has officially taught, that justification is anything else than God’s gracious act. Those who imagine that Catholic theologians teach a bald righteousness by man’s own works, are not prepared to meet or recognize the doctrine of the mystery of iniquity.

In brief, Catholicism teaches that justification is God’s renovating act within man. Without this new birth, or regenerating act of the Holy Spirit, Rome declares that sinners can never be justified.

The editors of the Roman Catholic Douay Version make these footnote comments on Romans 3 and 4: “The justification of which St Paul here speaks, is the infusion of sanctifying grace, which alone renders a person supernaturally pleasing in the sight of God. But justification, that is, an infusion of sanctifying grace, cannot be merited by us; it is an entirely gratuitous gift from God.”

Rome’s doctrine of justification may be accurately summarized as follows:

1. Justification is the internal renovation and renewing of a man i.e. human sanctification.

2. Justification comes by an infusion of God’s grace. Man is justified on the basis of what the Holy Spirit has done in him.

3. Justification means that man himself is made just and made pleasing to God in his own person.

In practical terms, Catholic justification may be expressed this way: “Here is a sinner, vile and wicked. God’s grace acting within him, changes him into a person, pleasing to God. By this grace acting within him, he is justified before God.” A devout Catholic may say: “Righteousness by faith means that I cannot save myself, but by faith I can receive God’s transforming grace. His grace can change my heart, and by his grace in my heart, I can be acceptable in his sight.”

Or to use the words of Jean Daujat (The Theology of Grace): “Sinful man cannot, of himself, be pleasing to God. For that he must receive a gift from God which transforms him interiorly, cleanses him and sanctifies him, by adorning him with qualities that render him pleasing to his creator.”

How did you go on the questionnaire? If you can’t see much wrong with Rome’s doctrine on justification by faith in the preceding material, then, dear friend, it is because you have been a good Roman Catholic without knowing it.

The article hasn’t been written to offend, but to open your eyes as to the binding and blinding confusion of Rome’s doctrine of the mystery of iniquity that operates via the eating and drinking of the mass.

“JUSTIFICATION BY FAITH ACCORDING TO THE REFORMATION AND ST PAUL”