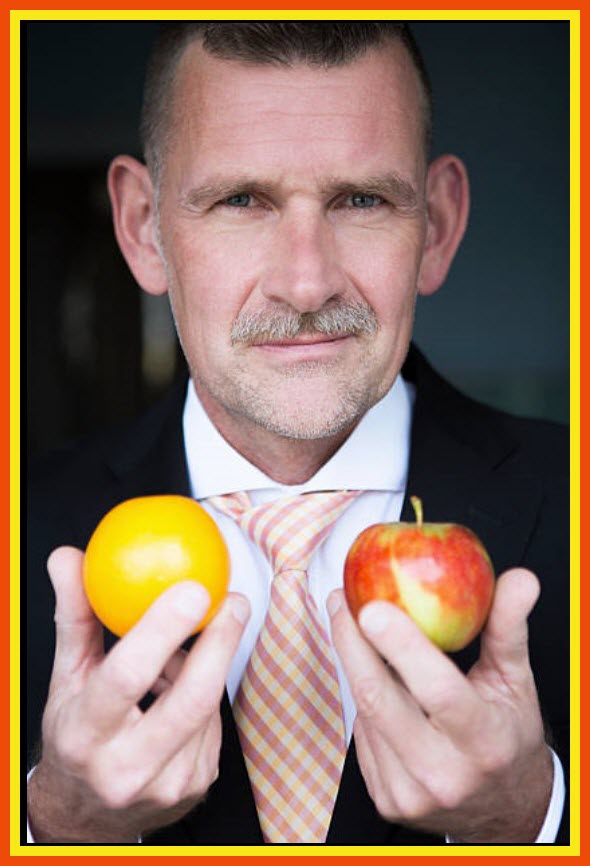 There has been a lot of ‘hullabaloo’ (a Webster’s Dictionary term for uproar, hubbub, confusion, loud noise and clamour) about Old Testament (OT) salvation vs New Testament (NT) salvation. Are they the same? Did men in the OT get saved the same way as they do in the NT? Did men in the Old Testament get saved by looking forward to the cross? Was the righteousness of Jesus Christ imputed to OT saints? Did Abraham see Jesus shedding his blood on a Roman cross and see his resurrection?

Instead of debating off the top of our heads or sprouting tradition, let us resort to the scriptures and let them speak for themselves. I’m sure, that at the end of asking eight simple questions, we shall be in no doubt. In addition, we’ll look at what scripture means when it says that Abraham “saw” Christ’s “day” (John 8:56).

Q1 DID SAINTS IN THE OT HAVE THEIR SINS TAKEN AWAY?
No. Scripture makes it crystal clear that the blood of bulls and goats couldn’t take away sins (Heb 10:4). Quite simply, OT blood was not God’s blood that purchased his church (Acts 20:28). They had to make do with animal blood which was sufficient to temporarily atone for their sins.

David said that OT saints only has their sins “covered” but not washed away (Rom 4:7) But now, Scripture says that Jesus has “washed us from our sins in his own blood” (Rev 1:5).

Q2 DID SAINTS IN THE OT HAVE CLEAR CONSCIENCES?
No. As their sins weren’t washed away, God never allowed them to have a clear conscience. The conscience of their sins still remained with them. Even though the high priest would show the animal blood to God, their sins were atoned for and forgiven, but not taken away. The guilt of their past sins was ever present with them. They would go to the altar with animal blood, but this wasn’t good enough to “purge” their “conscience” (Heb 9:14).

As a NT saint, you may have memories of sins, however the guilt, the shame, the pain, the hurt and the responsibilities of past sins have all been laid on Jesus. The Christian’s conscience should be free and clean as all the hurt and pain has been washed away by the blood of Jesus.

Q3 DID SAINTS IN THE OT BECOME MEMBERS OF CHRIST’S BODY?
No. They became members of Abraham’s body as Lazarus did (Luk 16:23). However, scripture says NT saints “… are members of his body, of his flesh, and of his bones.” (Eph 5:30). Abraham’s bosom, was the closest thing that an OT saint could get into anyone’s body.

Q4 DID SAINTS IN THE OT BECOME BORN AGAIN?
No. Nicodemus as a ruler of the Jews, would have been exceedingly well versed in the scriptures, yet he hadn’t heard of this term. Nicodemus epitomized Jewish ignorance by saying to Jesus “How can a man be born when he is old? can he enter the second time into his mother's womb, and be born?” (John 3:4). There is no new birth in the OT. No-one was put into the death of Jesus Christ. No-one could get a second chance by getting spiritually born again.

Q5 DID SAINTS IN THE OT GET SPIRITUALLY CIRCUMCISED?
No. Scripture says “In whom also ye are circumcised with the circumcision made without hands, in putting off the body of the sins of the flesh by the circumcision of Christ:” (Col 2:11).

Spiritual circumcision means to have your sins removed from your soul. That’s why when a Christian dies, he goes straight to heaven. OT saints couldn’t go straight to heaven, as their sins were still attached to their soul.

Q6 DID SAINTS IN THE OT GO TO THE THIRD HEAVEN WHEN THEY DIED?
No. They went to Abraham’s bosom (Luk 16:23). Their souls would still have their sins attached to them until Jesus would come and take them up to heaven by taking “captivity captive” (Eph 4:8). The best that the OT saint could get was to be put into Abraham as a sort of temporary resting place, until Jesus descended into hell to take them out.

Q7 DID SAINTS IN THE OT GET REDEEMED?
No. Scripture says “And for this cause he is the mediator of the new testament, that by means of death, for the redemption of the transgressions that were under the first testament, they which are called might receive the promise of eternal inheritance.” (Heb 9:15)

The OT saint had his sins forgiven but the guilt wasn’t taken away. Furthermore, scripture says that God has “…mercy for thousands, forgiving iniquity and transgression and sin, and that will by no means clear the guilty…” (Ex 34:7). No, the OT saint was still guilty even though forgiven.

This makes sense when you realize that the blood of bulls and goats couldn’t even be compared to that of the blood of God himself (Act 20:28 ).

Q8 DID SAINTS IN THE OT GET ADOPTED AS SONS OF GOD?
No. Scripture says “For ye have not received the spirit of bondage again to fear; but ye have received the Spirit of adoption, whereby we cry, Abba, Father. The Spirit itself beareth witness with our spirit, that we are the children of God:” (Rom 8:15 Rom 8:16). And again, “For ye are all the children of God by faith in Christ Jesus.” (Gal 3:26)

The OT saint was “Abraham’s seed” (physical seed) (Joh 8:33). The NT saint is also “Abraham’s seed” (spiritual seed) “…that he might be the father of all them that believe, though they be not circumcised…” (Rom 4:11 ). Abraham was a good ‘go-between’ between the OT saint and the NT saint, with each having something in common ie that of Abraham as their father.

Q10 BUT DIDN’T ABRAHAM GET SAVED BY FAITH?
No, Abraham “…believed in the LORD; and he counted it to him for righteousness.” (Gen 15:6). This had nothing to do with his getting saved because he believed God. We have already seen, that typical of OT saints, Abraham …
1. His sins were not washed away or taken Heb 10:4 vs Rev 1:5 away in any shape or form
2. His sins were not paid for only covered. He was not redeemed Heb 9:15
3. He was not put into the body of Christ as a member  1Cor 12:13
4. He was not spiritually circumcised (his sins were still attached to him) Col 2:11
5. When he died he went to Abraham’s bosom not heaven. Then Jesus went there after the cross and got him out of there.
6. He was not adopted into God’s family
7. He was not regenerated
8. He was not born again and
9. His conscience was not purged

Q11 WHAT ABOUT THE VERSE THAT SAYS ABRAHAM “SAW” CHRIST’S “DAY”?
This scripture has been badly bent out of shape. Some well meaning preacher earlier last century, put the following spin on it and it has stuck ever since - “Abraham saw Jesus Christ go to the cross, die and then get resurrected.”

He was enacting a type and foreshadow of things to come whereby God would provide “himself” (Gen 22:8) as the lamb to be put to death and resurrected. What obedient Abraham “saw”, was that Isaac would let himself be killed and then God would resurrect him to life. This was seeing Christ’s day.

Your father Abraham rejoiced to see my day: and he saw it, and was glad. John 8:56

WHAT OBEDIENT ABRAHAM “SAW”, WAS THAT ISAAC WOULD LET HIMSELF BE KILLED AND THEN GOD WOULD RESURRECT HIM TO LIFE. THIS WAS SEEING CHRIST’S DAY.

This scripture has been badly bent out of shape. Some well meaning preacher earlier last century, put the following spin on it and it has stuck ever since - “Abraham saw Jesus Christ go to the cross, die and then get resurrected.”

Without even having a clue about Jesus Christ, Abraham “saw” Christ’s “day” in that he performed and lived out something that would take place 1850 years into the future.

He was enacting a type and foreshadow of things to come whereby God would provide “himself” (Gen 22:8) as the lamb to be put to death and resurrected.

“ABRAHAM IN SEEING THE RESURRECTION OF HIS OWN SON, HE SAW THE DAY WHEN GOD WOULD RESURRECT HIS OWN SON”
He didn’t know about God resurrecting Christ. But he saw “the day”. Abraham’s experience was a type and a foreshadow of the real thing to come.

CONCLUSION
No, dear reader, we have seen, the belief that OT salvation is the same as NT, is just heresy. Truly, we are “approved unto God” when we “study” by “rightly dividing the word of truth” (2Ti 2:15) 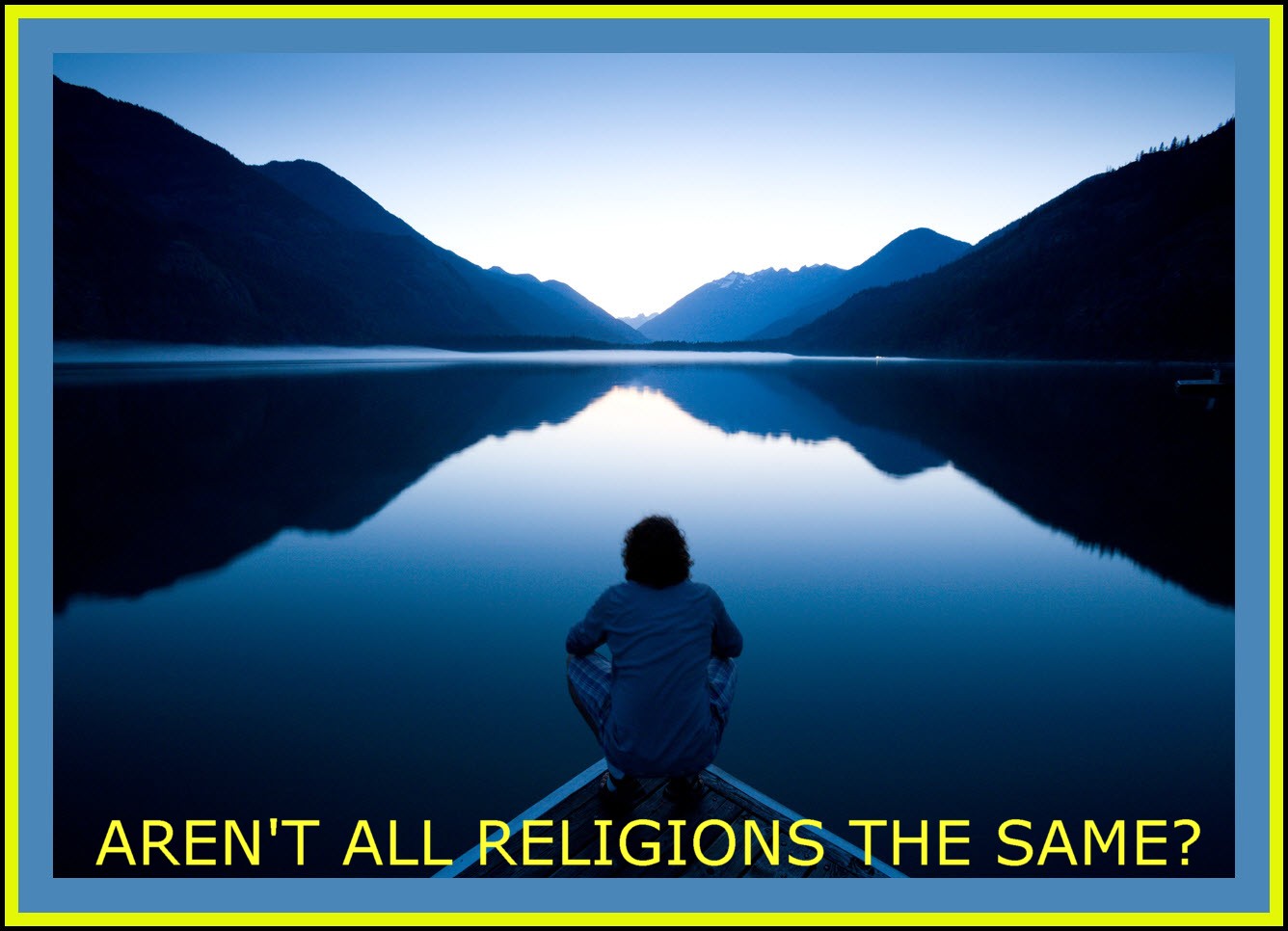 AREN'T ALL RELIGIONS THE SAME?