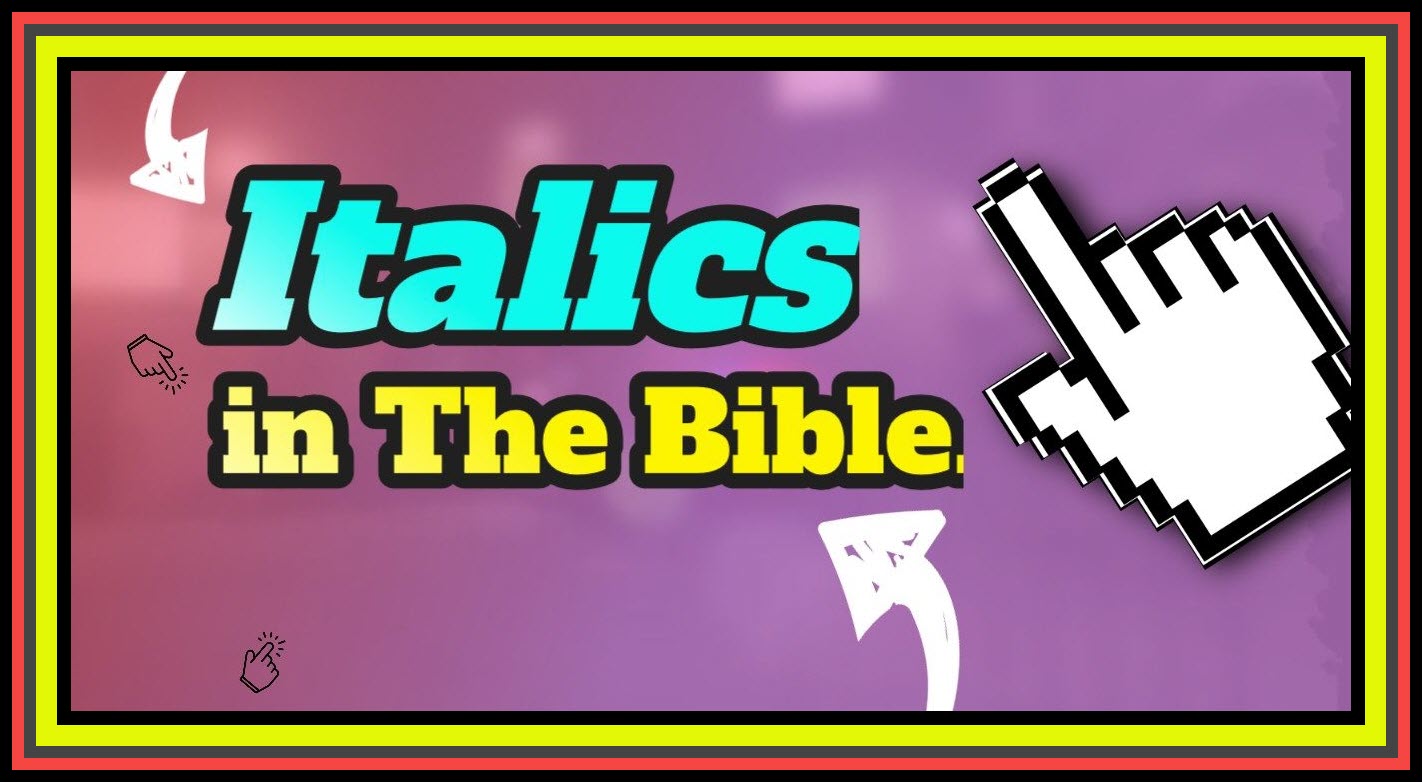 BULLSEYE!
ACCURATE BIBLE KNOWLEDGE!
“WHAT ABOUT THE ITALICS?”

QUESTION: Should we remove the italicized words from the Bible?

The italicized words in the King James Bible are words that were added by the translators to help the reader. This is always necessary when translating from any language to another because word meanings and idioms change. So, to produce a more readable translation, the King James translators (1604 - 1611) added certain words to the Bible text. Unlike all other dishonest ‘bibles’ that don’t have italics, the translators were honest in putting these words in italics.

Imagine the reader’s confusion if the translators had not used italics.

Here are some examples of the many hundreds:

Without the italics, the reading implies that the Lord needs to be saved!

Is God angry with the righteous every day? No, the correct reading is as the King James has it

"God judgeth the righteous, and God is angry with the wicked every day."

If there were no italics the verse would read “God judgeth the righteous, and God is angry every day.” What does that mean? Is God angry with the righteous every day? Is God just angry every day? All other versions, while casting stones at the King James Bible for including italics, are deceitful, as they omit them entirely. Italics are vital for any translation to give the proper meaning.

The verse makes no sense without the italics

We have God commanding men to call upon Him to be praised. If we leave the italics in place, the verse makes perfect sense and gives the praise to God. Otherwise we have people calling on the Lord so that they can be praised by the Lord.

Just from these few examples in Psalms alone, it is clear that the italics are essential. Hundreds of such examples could be presented. Some suggest that some of the italics could be omitted, but who makes that choice, and where do we draw the line? The moment we agree to changing any italicizes words, we open the door for Satan. This we cannot do, so the best option is to leave the Authorized Version as it stands.

Not only does confusion arise when the italicized words are omitted, contradictions also arise.

For example, omitting the italicized words from 2 Samuel 21:19 would give Elhanan credit for slaying Goliath, yet everyone knows that it was David who slew Goliath (1Sam 21:9).

NT WRITERS QUOTE FROM THE ITALICIZED WORDS IN THE OT.

Why did Peter quote these words if they weren't in the original manuscripts? Should we omit the italics? Of course not.

If these words do not belong in Deuteronomy 25:4, why did Paul quote them?

Without the italics this verse lays itself open to the interpretation that the fool is just defying God. Without the italics “There is”, it makes no sense.
To say that the italics weren’t in the TR and therefore shouldn’t be in the AV defies logic. An example from another language is the one word “toothbrush” which is Spanish requires three words of ‘cepillo de dientis’, that is, ‘the brush of the tooth’. These three words are needed in Spanish to say the very same thing which one word covers in English. This is called accurate translating!

The italics of 1John 2:23 were placed there by the translators despite not being found in the TR. However, God’s word was vindicated two centuries later, when a manuscript was found with the exact italicized words of I John 2:23 contained in it.
WHAT ARE THE CHOICES WE HAVE?
1.Take all the italics out of the Bible?
2. Leave some italics in but take others out? Which ones?
3. Leave all the italics in.

You don’t have to be a linguistic giant to claim that the italicized words don’t belong in the King James Bible. This criticism comes from people who hate the King James Bible’s authority! Of course, they will vehemently deny this with their mouths but God looks at their dark hearts (Heb 4:12). 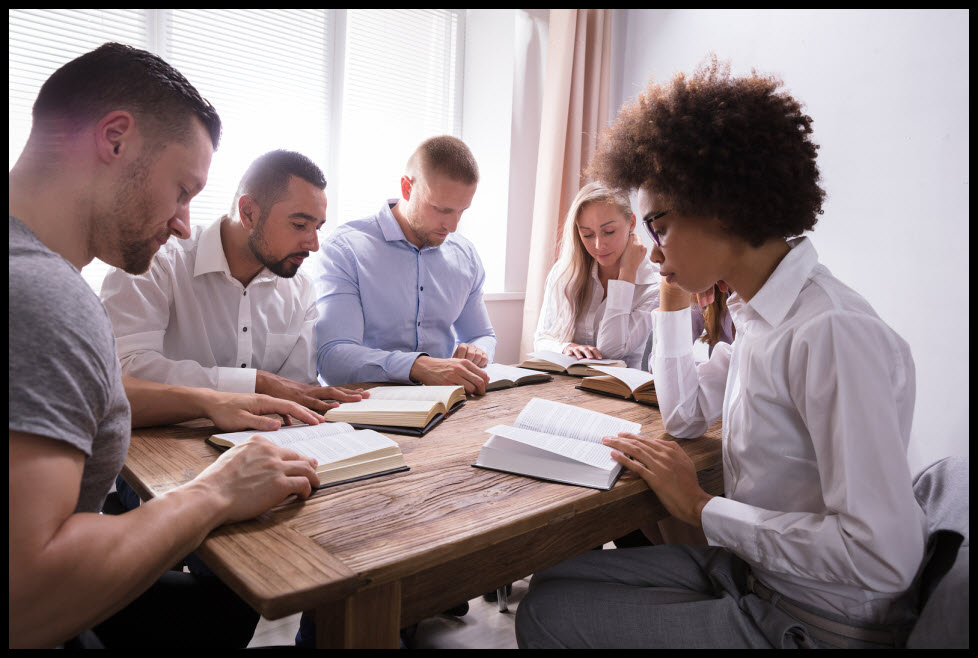 Which Bible Should I Study?
“The King James Bible”