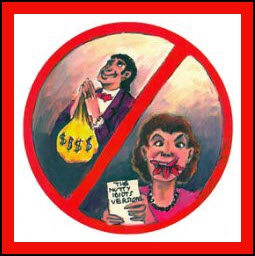 QUESTION: “HOW DO I TEACH TONGUES?”

ANSWER: Very simply. They were for Israel not the Christian church.

EXPLANATION:1. A SIGN OF JUDGMENT
Because the nation of Israel had rejected Jesus Christ as the Messiah, the 17 tongues of Pentecost were a sign to these unbelieving Jews, that God was no longer to be their ‘exclusive possession’. God would no longer speak to them exclusively in Hebrew, as he always had through their prophets.
2. Pentecost was a sign for Israel that God was now temporarily putting them aside, and speaking to other nations in their own languages, that is, in their own mother tongues. These tongues were the 17 languages as follows: 1. Parthians 2. Medes 3. Elamites  4. Mesopotamia  5. Judaea 6. Cappadocia 7. Pontus 8. Asia 9. Phrygia 10. Pamphylia 11. Egypt 12. Libya about Cyrene 13. Rome 14. Cretes 15. Arabians. (Acts 2:9-11).
3. From their Old Testament experiences, they were alarmed as they knew when Gentile languages ‘entered’ their lives, hard times were approaching, and in this case, it would be the destruction of Jerusalem. Pentecost’s tongues were not a blessing to the Jew, but a warning that they were under severe judgment from God for their rejection of Christ. The Jews were God’s own chosen people, and whenever God spoke to them by their prophets, it was in their own Hebrew language. For the Jews to hear a Gentile language being used by God, they realized they were under judgement (Deuteronomy 28:49-50). For example, we read of the Babylonian tongues (Jeremiah 5:15) and Assyrian tongues (Isaiah 28:11)4. WHAT WAS PENTECOST?
Pentecost was an entirely Jewish event, both in the old and new testaments, and had absolutely nothing whatsoever to do with the church, except for the fact, that the two loaves represent the two classes of sinful people, represented by the leaven, Jews and Gentiles, that were to form the present day church in Christ. Unbeknown to Israel, they were rehearsing the future event of Gentiles having access to God their Father. Ye shall bring out of your habitations two wave loaves of two tenth deals: they shall be of fine flour; they shall be baken with leaven; they are the firstfruits unto the LORD. (Leviticus 23:17)
5. THERE ARE TWO CLASSES OF TONGUES
Two classes are mentioned in the King James Bible – known and unknown tongues
Class 1 - KNOWN TONGUES
These were 17 proper languages that were known by those present, Jews, at Pentecost and up to AD70 as “…every man heard them speak in his own language.” (Acts 2:6)
Class 2 - UNKNOWN TONGUES
These also were the 17 proper languages that were simply not known by anyone present at an assembly or gathering.
Not being able to be understood, God forbids them to be spoken at an assembly. Paul says “If you want to speak in an unknown tongue, go home, speak to the Lord if you must.”
Paul says you will not be speaking in God’s holy Spirit, but in your own spirit. Furthermore, you will be speaking in mysteries.
We read “For he that speaketh in an unknown tongue (a proper language of the 17 at Pentecost but not known by anyone present) speaketh not unto men, but unto God: for no man understandeth him; howbeit in the spirit (this is the human spirit with a small “s” and not God’s Spirit with a capital “S”) he speaketh mysteries.” (1Cor 14:2).
Tongues, known or unknown, must be one of the 17 Pentecost languages … not the garble of today. The following Table explains:

THE USE OF TONGUES
Paul corrects the misuse of them in 1 Cor 14 (AD 57) such that one year later, when he writes Romans around AD 57-58, tongues are even not mentioned as being one of the gifts. Why? They had dropped off in their use. The gift was not important anymore.

1.  Tongues were the 17 proper known languages given supernaturally by God to the apostles to speak to unbelieving Jews (1Cor 15:22) at Pentecost. “Wherefore tongues are for a sign, not to them that believe, but to them that believe not: but prophesying serveth not for them that believe not, but for them which believe.” (1 Cor 14:22). Therefore, the tongues that were spoken as a sign to unbelievers, were to be a language that unbelievers could understand.
2.  Unbelieving Jews, that is the Christ rejectors, had to be present.
3.  The apostles never used tongues as a prayer language to God.
4.  The 17 Pentecost languages were given by God to the apostles … no learning needed.
5.  Tongues were never for Christians. There were no Christians at Pentecost (Acts 11:26)
WHAT IS PRAYING IN THE SPIRIT?
The modern day user of counterfeit tongues say they pray in the Spirit (Eph 6:18). Do they?
No they don’t. When praying to God, it is to be with understanding as Paul says What is it then? I will pray with the spirit, and I will pray with the understanding also: I will sing with the spirit, and I will sing with the understanding also. 1 Corinthians 14:15. Today’s utterances are not praying in the Spirit – but merely making mysterious noises to God with the human spirit. WHAT ABOUT THE ‘TONGUES OF ANGELS’ (1COR 13:1)?
Paul is not saying he does – he is just saying “though (or if I could) I speak in the tongues of angels”. Anyhow Paul can’t speak in the tongues of angels as he isn’t an angel himself.
WHAT ABOUT THE SPIRIT GROANING IN ROMANS 8:26?
It is the Holy Spirit that makes groanings not a man’s spirit and can’t be uttered by any man.
The ‘tongues’ spoken today are a fraud, a lie and are a pretence. Unfortunately, they are used by some to sound spiritual, and put pressure on ‘non-tongue’ speakers, by making out they are more spiritual or have a spiritual gift.
Unless you are speaking in one of the 17 languages at Pentecost, with Christ rejecting Jews present, and speaking before the book of Romans was written, you are being bewitched. The only purpose for tongues at Pentecost, was to disturb and warn unbelieving Christ rejecting Jews, and to bring them to salvation.