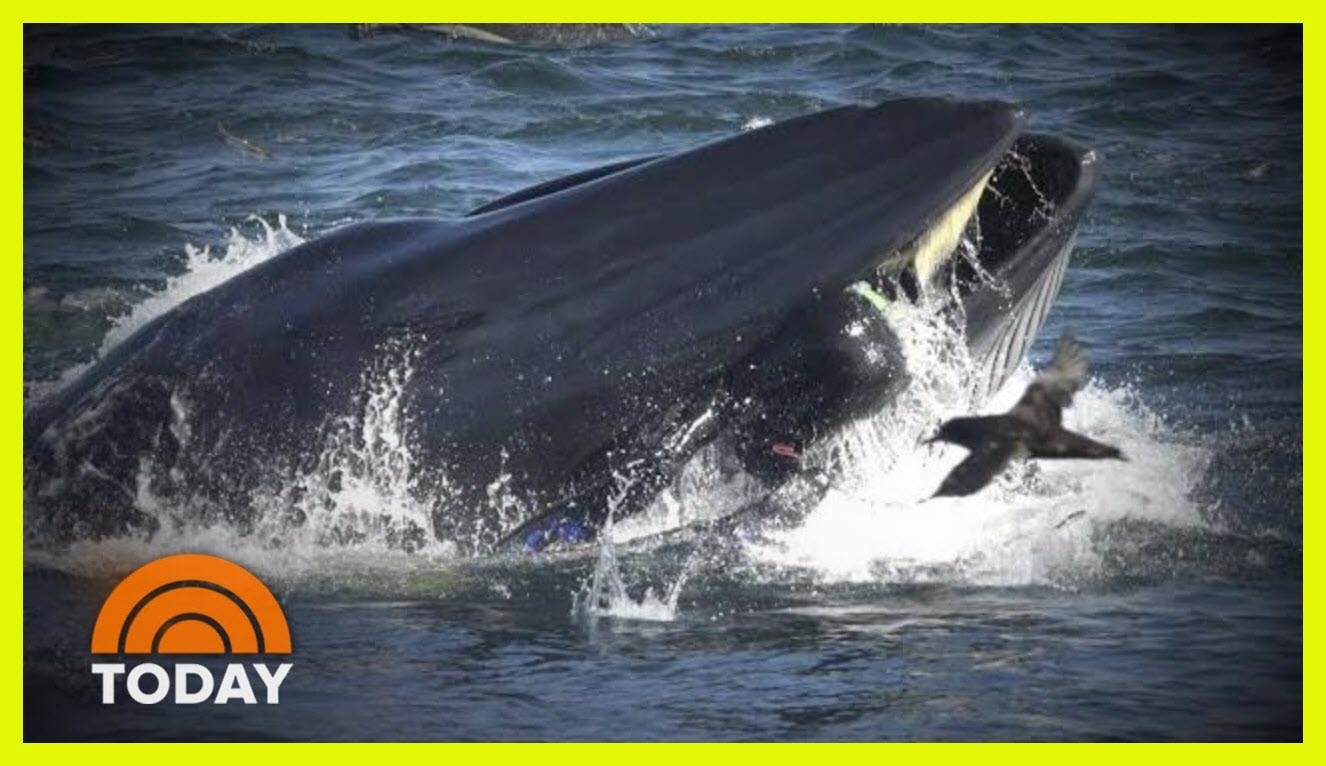 1. FACTUAL HISTORY
Jesus knew the story of Jonah to be 100% true factual history, as were the three historical others of Noah, Daniel and Job (Eze 14:14)

2. DID JONAH DIE IN THE WHALE’S BELLY OR WAS IT ONLY A SWOONING COMA?

There are four proofs that Jonah died but the first one is all we need.

(a) Q: Did Christ physically die in the tomb? A: Yes. Then using reverse reasoning, Jonah also died in the whale. You can’t have Christ dying and Jonah only in a swooning coma as the scriptures say “…as Jonah was three days and three nights in the belly of the great fish, so will the Son of man be three days and three nights in the heart of the earth.

(c) We have been side-tracked into thinking that Jonah was only in the whale’s belly for a day or so, as we have been given reasons to doubt the accuracy of the scriptures. To wit, the account of James Bartley in February 1891, who whalers rescued out of a captured sperm whale after a six hours time lapse. Now, while we appreciate conscientious Christians attempting to explain away the Bible with ordinary accounts, they actually do more harm than good, in that, they neutralize God’s miracles!

(d) But lets’ look at what the scriptures actually SAY for proof!

Corruption come AFTER death and burial as proved by the following scripture:

3. CHRIST DIED ON WEDNESDAY-
The 3 full DAYS are Thursday, Friday, Saturday and the 3 NIGHTS are Wednesday night, Thursday night and Friday night as Christ rose just after 6pm on Saturday night. The Jewish Sabbath had finished. This is why Christians worship on Sunday. Seventh Day Adventists still worship on Saturday. Why? They are not Christians. They are still under the Jewish law, the Jewish Sabbath!

4. WHAT ABOUT GOOD FRIDAY?
Good Friday is a deliberate lie made up by the Roman Catholic Vatican. Rome knew that Christ died on Wednesday but changed it to Friday. Their deceitful and poisonous reasoning is as follows:

(a) Rome knew that the following day, Thursday, was a special Sabbath, as they knew Jews have days other than Saturday that are Sabbaths.

(c) Rome wanted to switch the focus of Jesus the passover lamb, to their sacrifice on the Friday.

(d) Rome saw this an excuse to switch from the obvious and plain reading of the Bible of three full days and three full nights, to their own interpretation of Friday. “Oh!” they say “there are the three days – part of Friday, all day Saturday and then he rose on Sunday”.

(e) They conveniently gloss over the three nights bit to say “Well Jonah was not an historical character but merely represents a type of a person going into darkness for a period of time. The number of nights is not important – It’s what it represents! It’s the concept! The idea!”

(f) Having switched the days with a deliberate lie, Rome can then set themselves up as the official Bible correctors and interpreters on all other matters of faith and practice.

(g) Rome’s real sin is to get people away from the shed blood of Jesus on Wednesday to their ‘unbloody sacrifice’ of the mass on a Friday. Yes, that is what they call their wafer biscuit which has no blood in it, does it?

(h) If ever a vegetarian or vegan is to be drawn to a religion, guess which one they’ll choose? Correct! The one with no blood – Roman Catholicism and their unbloody sacrifice.

(i) Rome says “We don’t eat meat on all Fridays now, not just their ‘Good Friday’, and this must show everyone how spiritual we are. Out of reverence to Jesus, (Oh! How pious we are!) and his flesh that was torn to bleed blood, we will switch to eating fish!”

(k) Now Rome takes their lie further with the example of Jesus eating fish, which he did (luke 24:43) and Christ promoted the eating of fish (John 21:9). “Let’s all follow Christ’s example and eat fish!”

So Dear Reader, we see this lie and deliberate deception is made up of many untruths. Of course we are not to be surprised over all this as Rome’s mantra is “Slowly, slowly, and above all not too much zeal! Surtout! Surtout! Pas trop de zele”

5. WHALES ARE FISH (Jonah 1:17; 2:10; Matt 12:39-41)
Since the beginning of creation, whales have ALWAYS been known as fish. It was only around 1760, that Carl Linnaeus, called the father of modern biological classifications of Phyla, Family, Order, Genus, Species and so on, started classifying whales not as being fish.

6. WHY WOULD SOMEONE DO THIS?
To discredit the Bible. “Aha!” says the ill-informed Bible corrector “the Bible has a mistake in it! The book of Jonah says ‘fish’, but Jesus says ‘whale’! Now there must be other mistakes in the King James Bible!” Instead of taking the King James Bible as fact, false science has now replaced it with lies and man’s thinking.

7. WEBSTERS 1828 DICTIONARY gives the definition of the word “fish”.
“FISH: An animal that lives in water. Fish is a general name for a class of animals subsisting in water, which were distributed by Linnaeus into six orders. They breathe by means of gills, swim by the aid of fins, and are oviparous (produce eggs which hatch after leaving the body of the female). Some of them have a bony skeleton, and others, a skeleton of cartilage. Cetaceous animals (whales and dolphins: have no gills, but breathe through a hole on the top of the head, and have a flat or horizontal tail), are, in popular language, called fishes, and have been so classed by some naturalists, but they breathe by lungs, and are viviparous (give birth to live young instead of laying eggs). The term ‘fish’ has been also extended to other aquatic animals, such as shell-fish, lobsters etc. We use the term ‘fish’ in the singular, for fishes in general or the whole race.”

8. THE OLD OXFORD ENGLISH DICTIONARY (PAGE 354 VOLUME “F”) around sixty years after the Webster 1828, still gives the correct definition of the word “fish”.

9. WHALES ARE FISH and have always been known as fish. Just because they are warm blooded (mammals) and give birth to live young, evolutionists have decided that God got it wrong, because, according to their new classification of water animals, fish are cold blooded and lay eggs outside of the body.

10. WHALES SWALLOW THINGS. Just before they die, they regurgitate (vomit up) the contents of their stomachs. Men do survive in whale’s bellies, but JONAH DIED and GOD RESURRECTED HIM. JUST LIKE CHRIST – 3 DAYS AND 3 NIGHTS PHYSICALLY DEAD!!!

Secondly, casts doubt into Christians’ minds that their inerrant King James has error, and therefore, cannot be relied upon.

Thirdly, the NKJV takes its hat off and bows before Rome saying “Oh thank you Rome and your wonderful Catholic theologians for showing us how stupid we are in wrongly believing the inerrant, infallible and inspired scriptures of the King James Bible. We now apologize unreservedly and promise to rely on you into the future for any Bible interpretation.”

It’s no wonder that THE INDEPENDENT KING JAMES BIBLE USING (‘NOT BELIEVING IT BUT JUST PREFERRING IT’) BAPTISTS, now find they are being infiltrated with Rome’s other lie of Calvinism. God is in charge of deception and allows it, should Christian believers opt for words other than those in his final written authority of the King James Bible. Yes, out of their own lusts (2Tim 4:3)

If you allow the lie of the NKJV into your congregation you will reap the whirlwind – THE WHIRLWIND OF THE LORD!

IF YOU SOW THE WIND, YOU WILL REAP THE WHIRLWIND!
Behold, the whirlwind of the LORD goeth forth with fury, a continuing whirlwind: it shall fall with pain upon the head of the wicked. Jeremiah 30:23

That we henceforth be no more children, tossed to and fro, and carried about with every wind of doctrine, by the sleight of men, and cunning craftiness, whereby they lie in wait to deceive; Ephesians 4:14

AND WHAT IS THIS NEW WIND OF DOCTRINE?

It’s the new doctrine that the perfect King James Bible is not inerrant, infallible and inspired – it needs to be updated according to science, or anything that man thinks of.